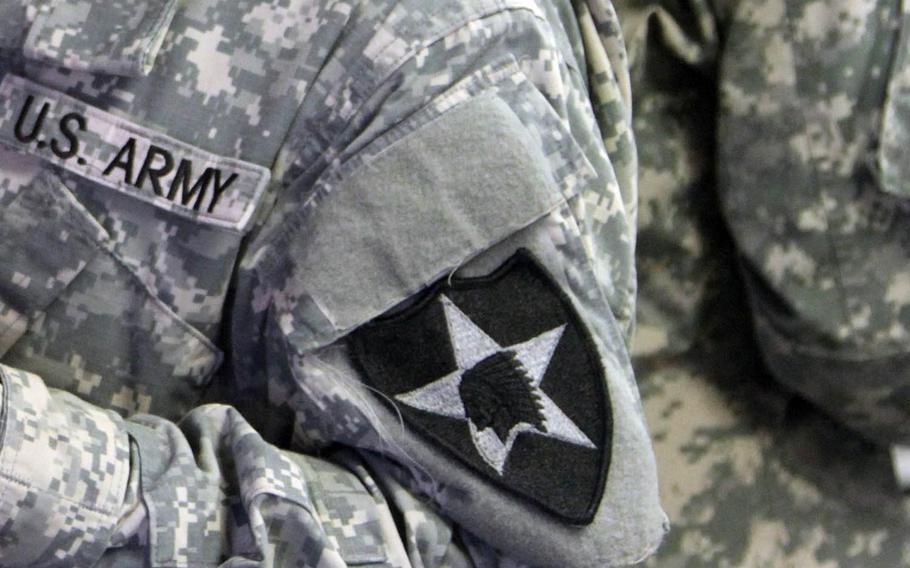 The shipment of nearly eight pounds of meth — in three packages with labels saying they contained candy — was discovered in late October by the customs service at the Incheon airport near Seoul.

Authorities then monitored the shipment and detained the soldiers, both 19, for questioning days later when they moved to collect it.

The men were indicted Tuesday on charges of violating the narcotics control act.

The 2nd Infantry Division said it was cooperating fully with local authorities in the matter and “is committed to helping ensure a fair and just outcome for all involved.”

“Currently, one of the soldiers involved is in pre-trial confinement with the Korean authorities, and the second is with his unit,” spokesman Lt. Col. Richard Hyde said in an emailed statement.

The soldiers were allegedly acting on behalf of a third party who has not been identified but is believed to be a Korean-American, said an official in the prosecutors’ office in Uijeongbu, which is home to the 2nd ID headquarters at Camp Red Cloud.

The man reportedly promised to pay one $3,000 and the other $1,000 for the delivery, which originated in California. Both soldiers have denied the drug allegations, the official said, speaking on condition of anonymity in exchange for discussing the details.

They were both indicted, but only one was jailed after a local court declined to issue an arrest warrant for the other, the official said.

The soldier who was taken into custody allegedly told prosecutors he met with the other suspect at a restaurant off post and agreed to arrange for the parcel to be delivered. But he said he didn’t know what was inside.

The packages were delivered to a military post office address belonging to one of the soldiers who planned to hand them over to his friend for delivery to the third suspect, the source said. The drugs have been confiscated.

The U.S. has some 28,500 servicemembers stationed in South Korea.