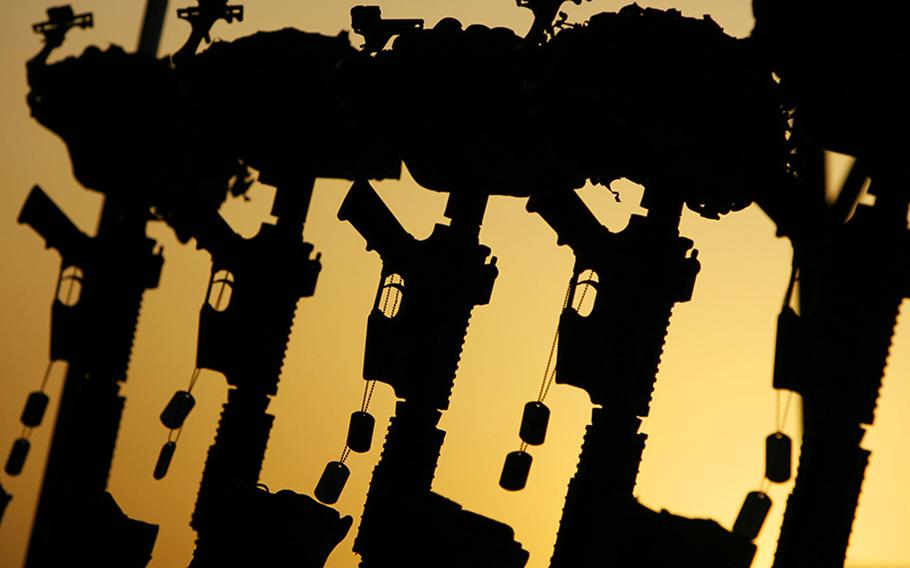 WASHINGTON — Two U.S. servicemembers have been killed and a third was wounded in an operation against Islamic State fighters in eastern Afghanistan, the Pentagon said Thursday.

Navy Capt. Jeff Davis, a Pentagon spokesman, said the casualties occurred during an operation Wednesday night in the Achin district of Nangarhar province.

The servicemembers were conducting an operation with Afghan National Defense and Security Forces, according to a statement from U.S. Forces-Afghanistan.

"The fight against [ISIS-Khorasan] is important for the world, but sadly, it is not without sacrifice,” Army Gen. John W. Nicholson, the commander of U.S. Forces-Afghanistan, said in the statement. “On behalf of all U.S. forces and our coalition partners, I offer our deepest sympathies to the families, friends, and fellow servicemembers of our fallen comrades.”

Nangarhar is the same region where hundreds of ISIS fighters are believed to remain entrenched and where earlier this month the United States dropped its largest non-nuclear bomb used in combat to date, the GBU-43 Massive Ordnance Air Blast.

The bomb was dropped to destroy a tunnel complex being fortified by ISIS fighters in the mountainous region.

Stars and Stripes reporter Liza Boyd contributed to this story.