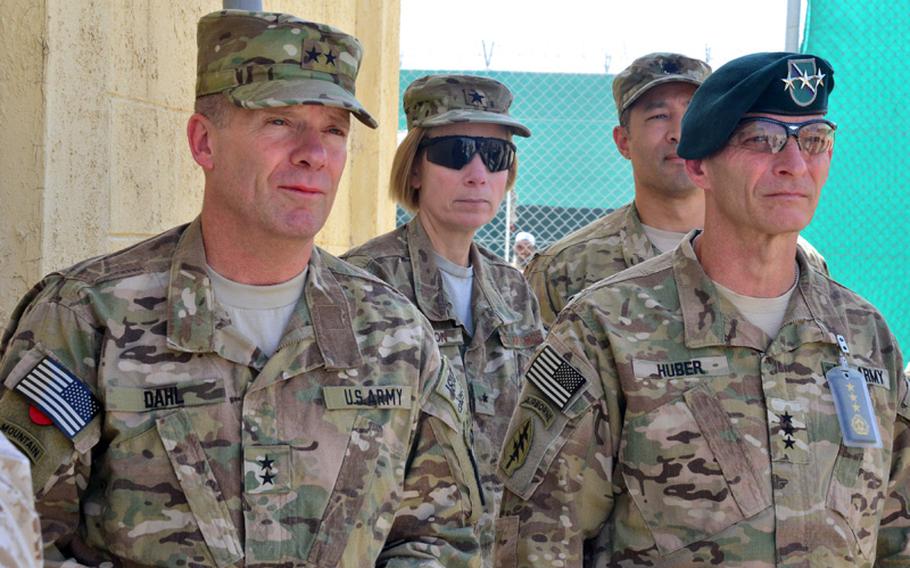 WASHINGTON — With former captive Sgt. Bowe Bergdahl receiving treatment at a military hospital after almost five years of imprisonment by the Taliban-allied Haqqani network, the Army has appointed a two-star general to conduct a new investigation into how he disappeared in June 2009.

Dahl will be able to use the findings of an earlier investigation in 2009, but he won’t have access to Bergdahl himself just yet, the Army said in a statement sent to the press.

“The Army’s top priority remains Sgt. Bergdahl’s health and reintegration. We ask that everyone respect the time and privacy necessary to accomplish the objectives of the last phase of reintegration,” the Army said. “The investigating officer will not interview Sgt. Bergdahl until the reintegration team clears such interaction, so no time line for completion of the investigation has been set.”

Bergdahl returned to the United States on Friday after nearly two weeks of initial recovery at a military hospital in Landstuhl, Germany. U.S. special operations forces picked him up in a controversial prisoner swap from Taliban custody on May 31 in eastern Afghanistan.

In a press conference Friday, military doctors said he arrived at Fort Sam Houston, Texas, in uniform and displaying proper military deportment. Bergdahl is reportedly in satisfactory physical health, but psychologically fragile after years as a prisoner of war. Bergdahl is currently being treated at the post’s Brooke Army Medical Center.

Bergdahl had not yet seen his family as of Friday, doctors said, and had not been exposed to media reports about the uproar surrounding the Obama administration’s decision to trade him for five senior Taliban prisoners who were imprisoned at the Guantanamo Bay detention facility in Cuba.

Controversy has centered around the findings of the earlier investigation that Bergdahl intentionally walked off his outpost in Paktika province. Since his release, troops who served with him said a number of fellow soldiers were killed or wounded in operations, including searches, that followed his disappearance.