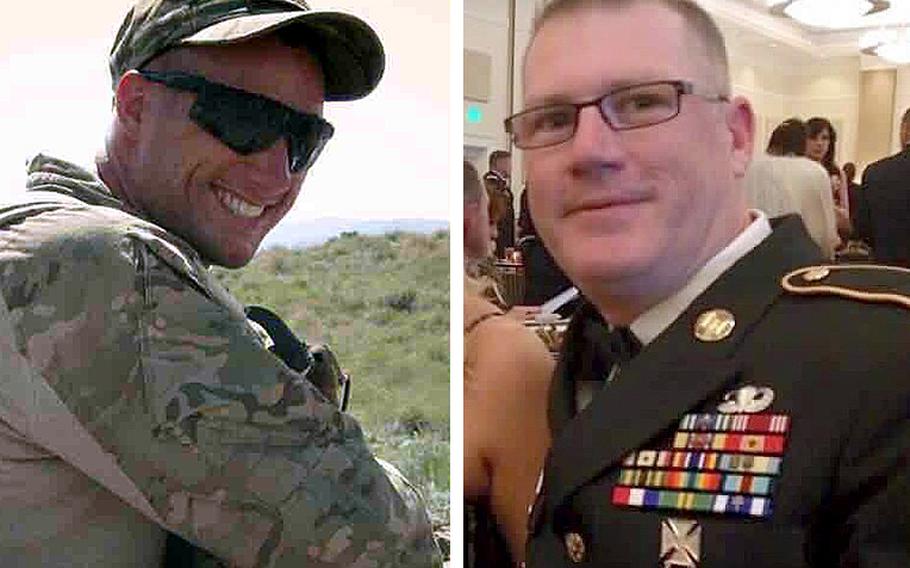 Sgt. 1st Class Jonathan Michael Prins, left, and Staff Sgt. Charles Allen Judge Jr. were shot and killed outside a S.C. bar on July 24, 2016, as they tried to stop a man assaulting a woman. (Facebook)

Two soldiers were killed Sunday trying to protect a woman in a South Carolina bar, local police said this week.

Staff Sgt. Charles Allen Judge Jr., 40, and Sgt. 1st Class Jonathon Michael Prins, 29, were shot and killed after they tried to stop a man assaulting a woman in a bar outside Columbia.

The soldiers were acting as “good Samaritans” in their attempt, said Capt. Adam Myrick, a Lexington County police spokesman.

Prins was a fire support specialist assigned to the 61st Infantry Regiment at Fort Jackson. He served in Iraq and Afghanistan and earned two Bronze Stars and a Combat Action Badge, among other awards, according to Army records.

Judge was a South Carolina National Guardsman with a deployment to Iraq. His most current assignment was as an engineer instructor at the McCrady Training Center in the 218th Regiment Leadership Command, according to the Columbia-based newspaper The State.

The gunman, Joseph Elijah Mills, 25, was arrested after the incident and charged with two counts of murder.