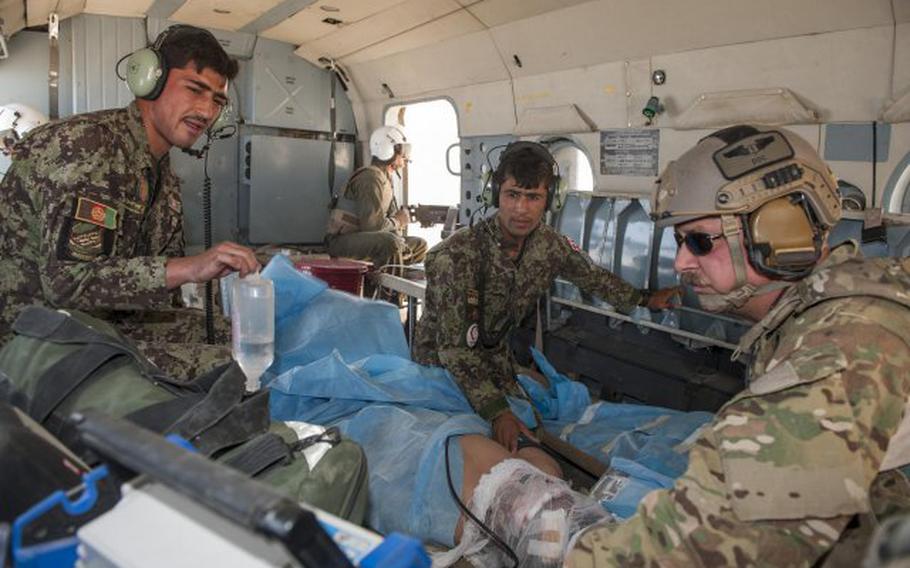 Medics with the Afghan air force work with the NATO Air Training Command-Afghanistan advisers to transport an injured soldier from a mission near Ghorak, Afghanistan, Sept. 23, 2013. (Theanne Tangen/U.S. Army)

One servicemember came under direct fire in the east and the other in the south, according to news releases.

Further details about the attacks, including the nationalities of the servicemembers and the causes of their deaths, were not immediately released. The incidents follow last Tuesday’s crash of a Black Hawk UH-60 helicopter in southern Afghanistan’s Zabul province, which killed six U.S. soldiers.

NATO and U.S. casualties have fallen in recent years as local police and soldiers have assumed responsibility for most of the fighting against Afghan insurgents seeking to topple the government. The NATO coalition plans to end its combat role at the end of 2014, but this weekend began negotiations with the Afghan govnerment on a Status of Forces Agreement that would govern a follow-on mission to train, advise and assist Afghan forces.