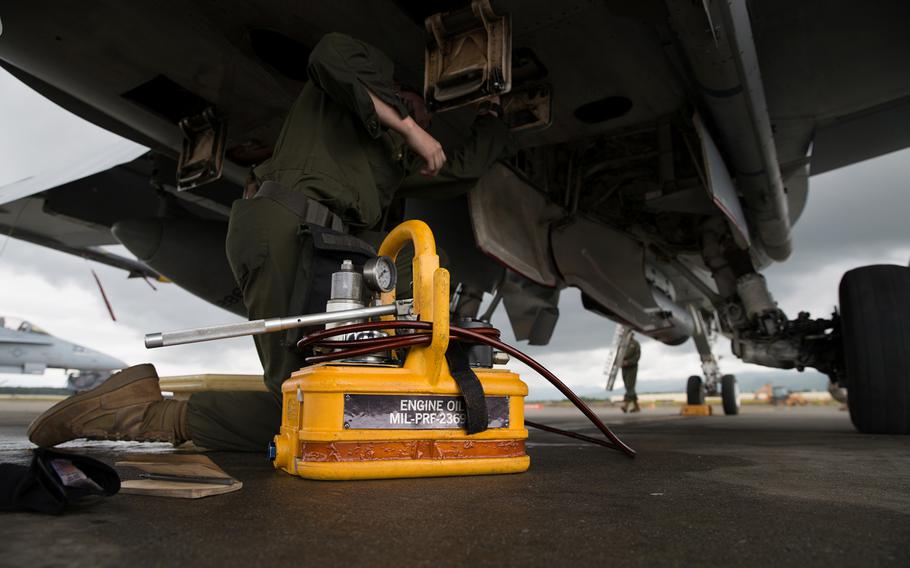 WASHINGTON — Two Marine Corps maintainers working on an F/A-18 fighter jet were injured when a flash fire ignited as they were performing routine maintenance on the aircraft, the service said Monday.

The incident took place late Sunday at Marine Corps Air Station Miramar in California. Both Marines were taken to the University of California-San Diego Regional Burn Center where they are being treated for severe burns, the Marines said.

Both maintainers are from Marine Fighter Attack Squadron 112 (VMFA-112) based in Fort Worth, Texas.