2 injured in Osprey crash in Syria 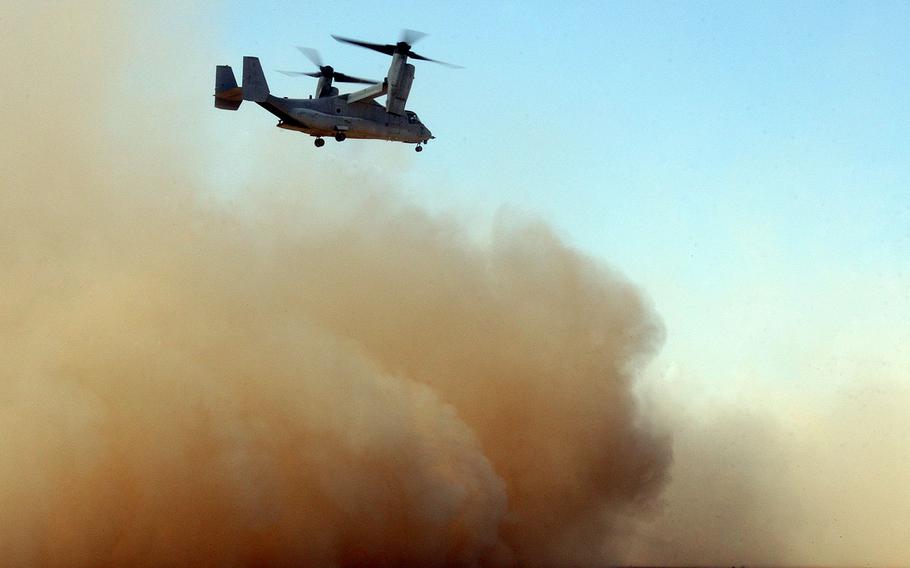 The cause of the incident was not immediately clear, but it was not caused by enemy activity, an official said on the condition of anonymity. The Osprey could not be salvaged, forcing troops to destroy the $70 million aircraft.

The servicemembers’ injuries in the crash, which was described as a “hard landing,” were not life-threatening, according to U.S. Central Command. “The two were evaluated for non-life-threatening injuries and quickly transported to a medical treatment facility, where they were seen and released,” a Central Command statement read.

Officials declined to identify the injured servicemembers’ military branch or where in Syria the crash occurred.

The Pentagon acknowledges having some 500 troops inside Syria training and assisting Syrian Democratic Forces in their fight against Islamic State militants. Military operations against ISIS are ongoing in east Syria, primarily along the Euphrates River from Raqqa to the country’s border with Iraq. U.S. troops operate at several other locations to the north and south of the river where they train Syrian fighters.

The Central Command statement said the cause of the incident Friday was under investigation. It is the latest in a string of military mishaps that include recent incidents, some deadly, among all four Defense Department services in training and combat operations.

It is also at least the third major crash involving an Osprey in 2017.

Three Marines died in an Osprey crash off the coast of Australia last month. In January, an Osprey crashed during a special operations raid on al-Qaida in the Arabian Peninsula in Yemen, leaving two servicemembers injured.