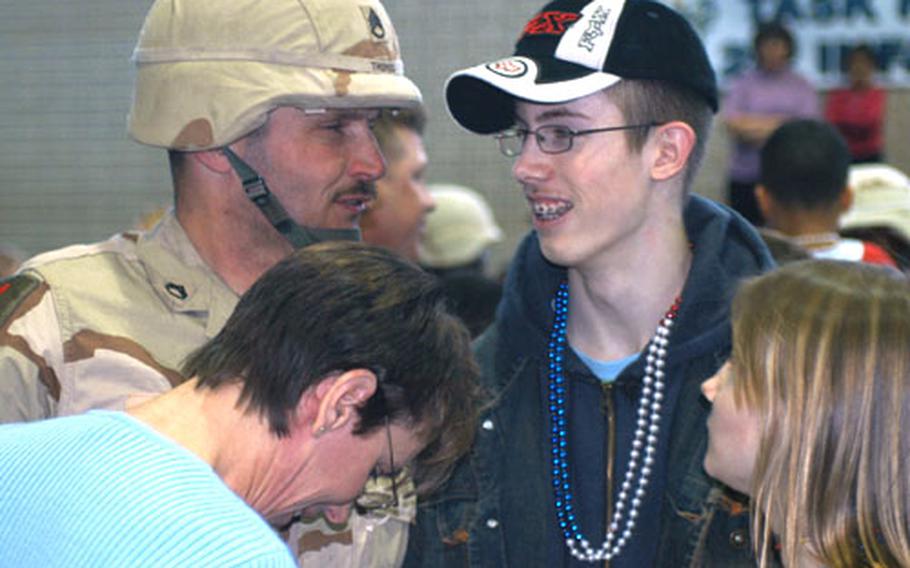 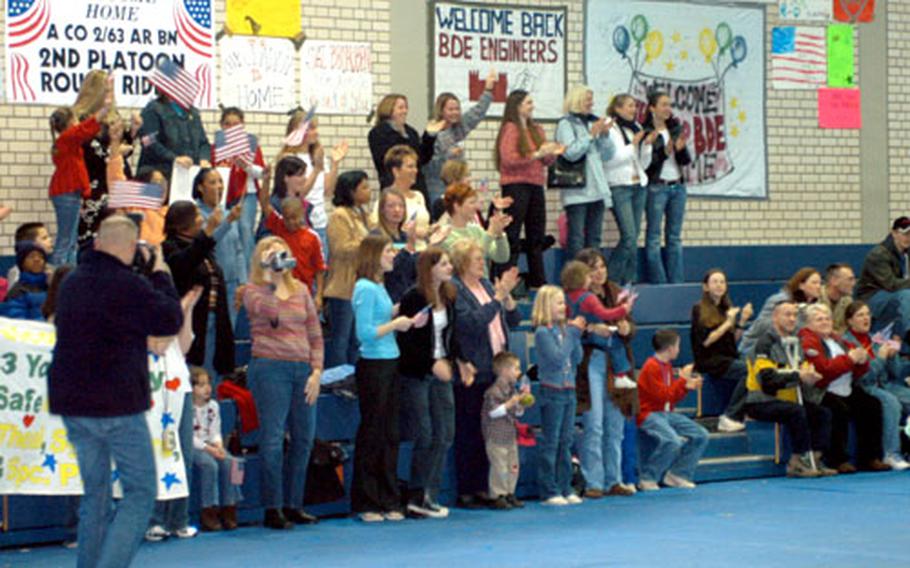 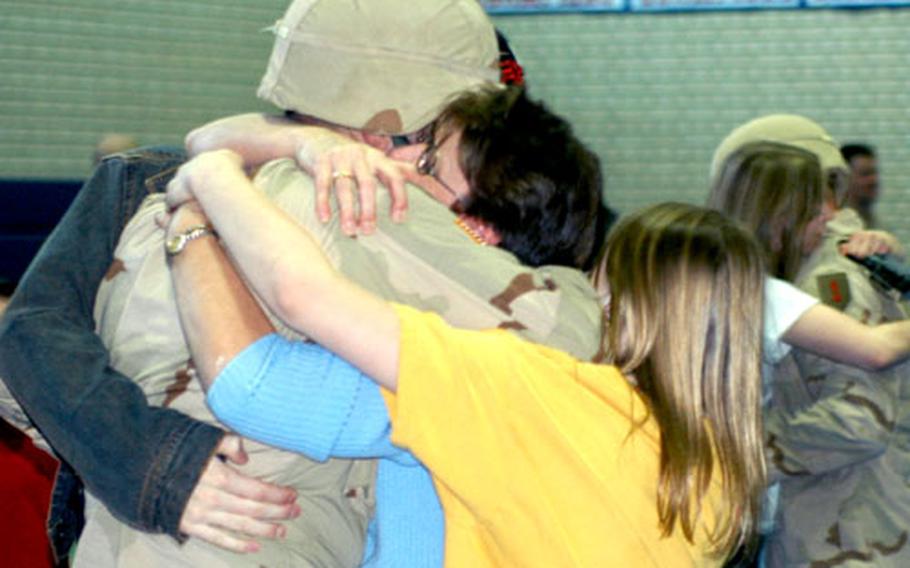 VILSECK, Germany &#8212; About 200 2nd Battalion, 63rd Armor Regiment soldiers returned from Iraq on Sunday in two waves to a post decorated with hundreds of signs welcoming the troops home.

There was no question that the soldiers had arrived at Rose Barracks as military police vehicles with lights flashing and sirens blaring escorted the buses through the post.

Gathered at the Hilltop Sports Center, families waited for the soldiers to turn in their weapons and equipment before they marched into the gym to cheers and waving flags.

Her kids, James and Annie, were restless as they waited out the final moments of the deployment.

The Thomases said the deployment was difficult, but they adjusted to the separation. &#8220;It was really hard at first, but then I sort of got used to it,&#8221; Annie said.

Thomas had been deployed to Kosovo just before heading to Iraq, and spent 23 of the past 28 months deployed, Lynn Thomas said.

Some of the family members sitting in the bleachers were only there for support. Petra Kulp&#8217;s husband, Lt. Col. Jeffrey Kulp, the 2-63 Armor battalion commander, was due to return on Monday.