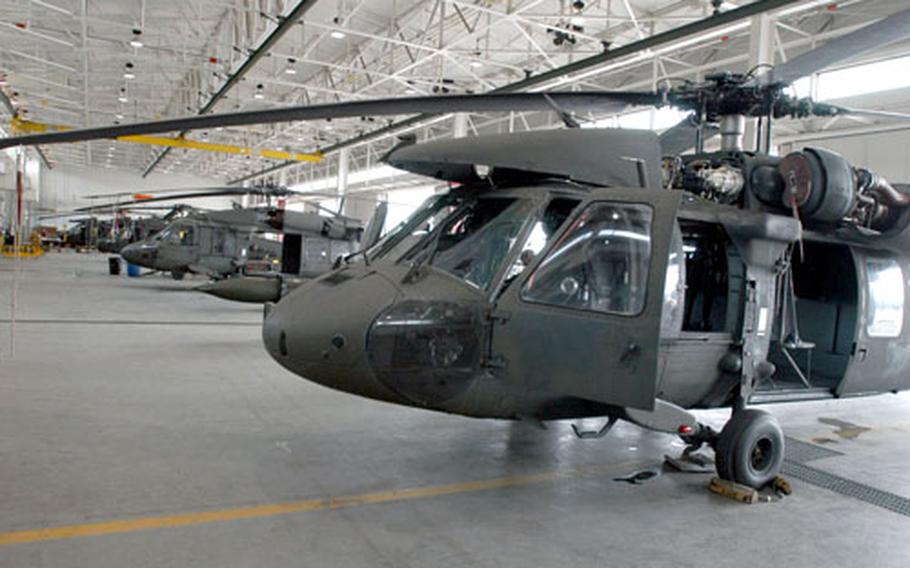 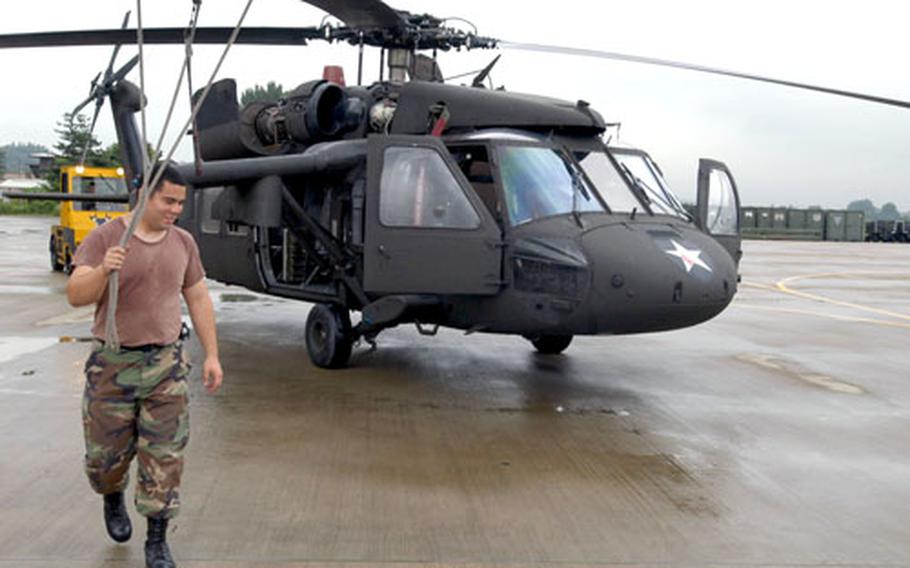 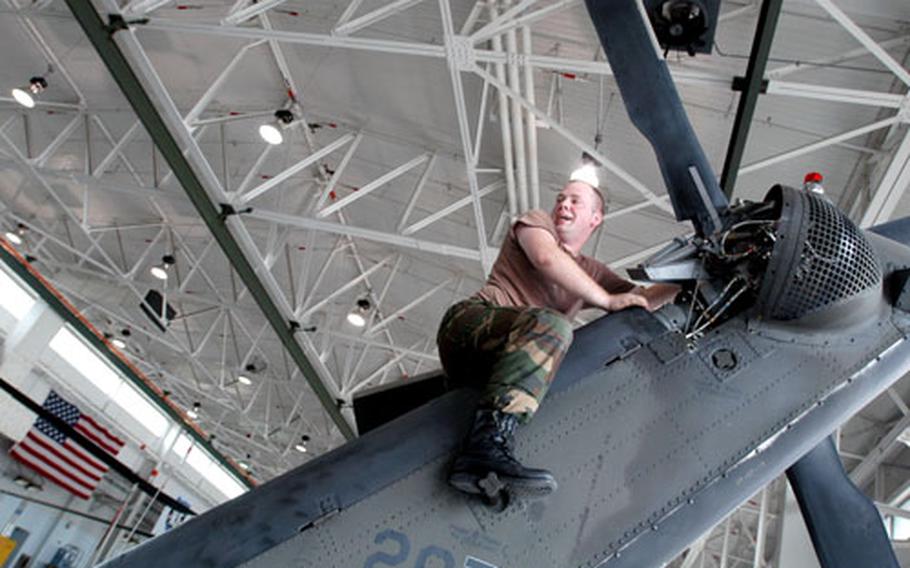 SEOUL &#8212; Second Infantry Division soldiers who recently moved to K-16 air base from Camp Stanley are enjoying new freedoms, such as living with their families in off-post housing and driving to work in their own cars.

Lt. Col. Bob Quackenbush, commander of 2nd Battalion, 2nd Aviation Regiment &#8212; or 2-2 &#8212; said his troops, who left Camp Stanley in June, are settling into their new home after spending most of July training at Rodriguez Range.

The unit moved 350 soldiers to K-16 but now has 420 soldiers stationed at K-16. Just over 200, mostly noncommissioned officers and officers, live off post in the nearby cities of Seungnam and Boondang, he said.

At Camp Stanley, only the commander and sergeant major were stationed with their families. At K-16, 21 soldiers&#8217; families are command-sponsored, Quackenbush said Wednesday.

&#8220;Several other (non-command-sponsored) soldiers who have nice apartments have elected to bring their spouses over here,&#8221; he said.

At Camp Stanley, which is in Area I, the soldiers were not authorized to have personally owned vehicles. However, because K-16 is in Area II, soldiers can now buy and drive vehicles and the parking spaces at the base are packed with cars and trucks.

&#8220;Most of the E-7s (sergeant first class) and above now have POVs. That has been a consideration in terms of risk management,&#8221; Quackenbush said.

K-16 is about eight miles south of Seoul&#8217;s Han River. Facilities include modern barracks, workshops and hangars, an aging Community Activity Center, a small post exchange and convenience store, an off-road radio-controlled car racetrack and the K-Club, which features a small food court and bar.

A large, modern activity center, including a bowling alley, chapel, food court and education center, is under construction and expected to open by the end of the year, Quackenbush said.

Spc. Adam Pasquarella, 22, of Sandy Hook, Conn., said there are more chances to get out and see South Korea in Seoul than there were in Area I.

&#8220;I think Korean people down here are a lot more open and friendly,&#8221; said the former professional mountain biker who rides his $1,500 mountain bike in the hills surrounding his new base. &#8220;It is phenomenal. You are never short of mountains around here.&#8221;

Some soldiers from the 602nd Aviation Maintenance Support Battalion moved to K-16 from Camp Stanley with 2-2. The rest of the unit went to Camp Humphreys.

Cheek, who is involved in the Community Theater group at Yongsan as a lighting technician, said he is also getting out more since he moved to Area II and going to shows in Seoul such as &#8220;Phantom of the Opera.&#8221;

Quackenbush said the work facilities at K-16 are more modern than the ones they left behind at Camp Stanley, but that the unit has less hangar space.

K-16 shares its airfield with a larger Republic of Korea Air Force base. 2-2&#8217;s Black Hawk helicopters and five C-15 airplanes assigned to the Multi-Functional Aviation Brigade share a large concrete ramp separated from the ROK side of the airfield by a row of pine trees.

2-2 must coordinate with the ROK Air Force&#8217;s 15th Composite Wing and comply with its policies and procedures, Quackenbush said.