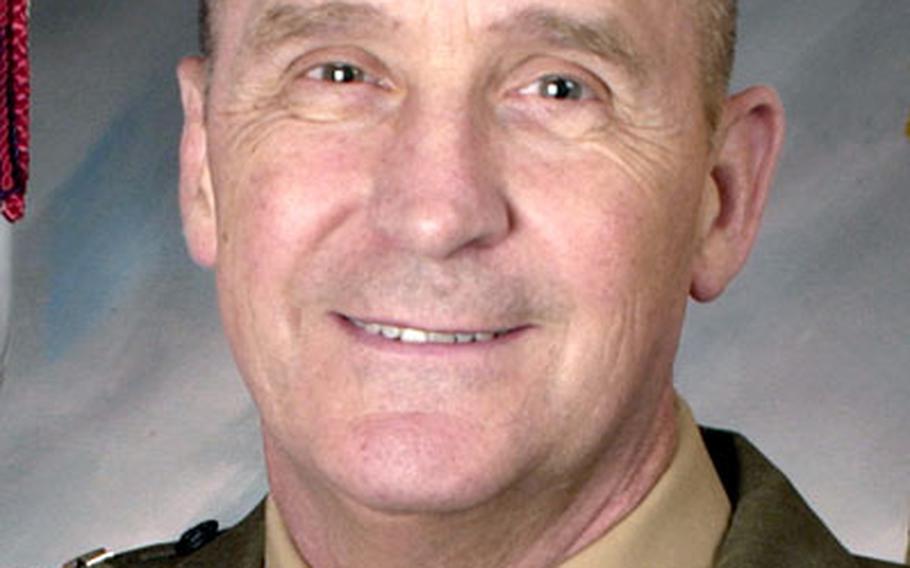 Marine Corps Lt. Gen. John Sattler, commander of the 1st Marine Expeditionary Force, has been nominated to a key job on the Joint Chiefs of Staff, the Pentagon said Thursday.

Sattler would remain a lieutenant general in the assignment as director of strategic plans and policy on the Joint Staff. In addition to his role as I MEF commander, Sattler has been commander of U.S. Marine Corps Forces Central Command.

Pentagon officials have speculated that Sattler&#8217;s new position is a prelude to his being nominated as the next commander of CENTCOM, replacing Army Gen. John Abizaid, who has extended for a fourth year.

Lt. Gen. James Mattis, who led the 1st Marine Division&#8217;s part of the invasion in Iraq, has been nominated to replace Sattler, officials said.

Both of those nominations are subject to Senate confirmation.

In a telephone interview with The New York Times published June 25, while he was visiting Marines in Iraq, Sattler said he did not expect large troop reductions in western Anbar province through the end of 2007.

&#8220;I see no reductions in American forces in Anbar into next year, at least through next summer, because of the restiveness there,&#8221; he was quoted as saying.

Sattler was also quoted as saying that current operations to expand U.S. military security zones in Ramadi would not lead to an all-out assault similar to that seen in Fallujah in November 2004.