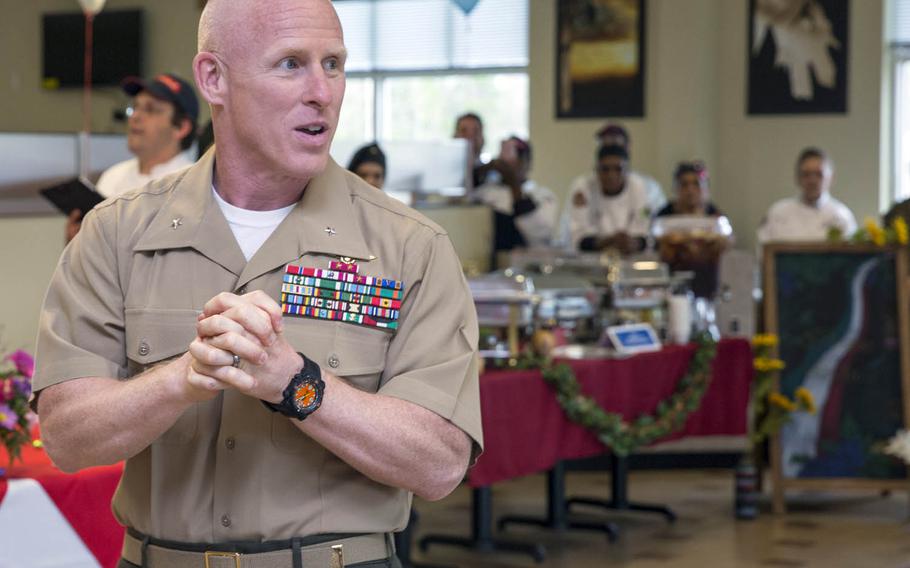 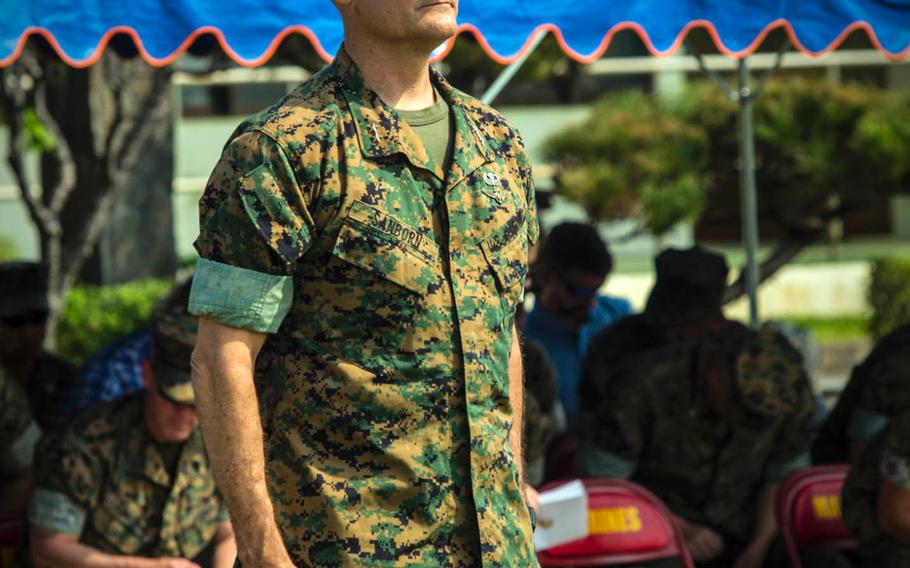 Weidley, a decorated attack helicopter pilot and veteran of multiple conflicts, arrives at the 1st Marine Aircraft Wing after a stint as commander of Marine Corps Installations East and Marine Corps Base Camp Lejeune, N.C.

“I’m looking forward to the opportunity to be a wing commander and to be back in this [area of operations],” Weidley told Stars and Stripes Tuesday during a joint interview with Sanborn. “The wing has a long history of excellence in warfighting, and General Sanborn has absolutely carried that forward through his tenure … I see it as my responsibility to continue that legacy of excellence in warfighting, to be that forward deployed wing that’s on the edge of the envelope being ready to go at a moment’s notice and be prepared to deal with anything from the sucker punch to the title bout and everything in between.”

Weidley, a native of Lima, Pa., will command approximately 8,000 Marines spread across three islands that make up the air element of the region’s Marine Air-Ground Task Force. He will have to manage new platforms, Carrier Air Wing 5’s move later this year to Marine Corps Air Station Iwakuni from Naval Air Facility Atsugi, and the deployment of an MV-22 Osprey squadron to Hawaii in August 2018.

“I’m honored and humbled to be their commanding general and to be a part of the wing,” said Weidley, who holds a master’s degree in national security and strategic studies from the Naval War College. “I look forward to getting out and seeing them around the AOR, watching them in action, and I would tell them all, ‘Keep up the tremendous work and stay focused on fighting and, above all, remain Semper Fidelis.’”

Sanborn made headlines in 1991 when he was shot down and taken prisoner by Iraqi forces during Operation Desert Storm. He later returned to Iraq and flew combat missions during the second Gulf War.

Sanborn has quietly embraced his POW history, using it to teach Marines the tenets of the military Code of Conduct and resiliency in life. He told Stars and Stripes that he drew on the strength of POWs in Vietnam to survive his month of brutal treatment and captivity at the hands of Saddam Hussein’s forces, and hoped those lessons would inspire young Marines to overcome challenges in life.

Sanborn has overseen the arrival of new platforms, including the F-35B Lightning II stealth fighter and the AH-1Z Viper attack helicopter, which have drastically improved the U.S. military’s capabilities. The first trans-Pacific flight of the MV-22 Osprey happened on his watch, and he oversaw billions of dollars poured into the carrier air wing’s relocation to Iwakuni.

“Some of the big changes, just in the two years I’ve been here, is you now have more capability and capacity,” said Sanborn, who added that while all the changes and upgrades were happening, they still had to operate, host units on deployment and be ready to “fight tonight.”

“The MAW has just performed spectacularly,” he said. “It’s the Marines and sailors at the lowest level, all the way from the [private 1st class], all the way up the chain of command that has managed that change. I couldn’t be more proud of them.”

With the good came the bad. Sanborn was tested when an MV-22 Osprey crashed on Dec. 13, but his aviators were lauded for their decision to put it down just offshore of Camp Schwab in Nago rather than risk flying it over residential areas.

Sanborn said it is bittersweet leaving the men and women he has commanded for the past two years.