1st large group of 173 Airborne back in Vicenza 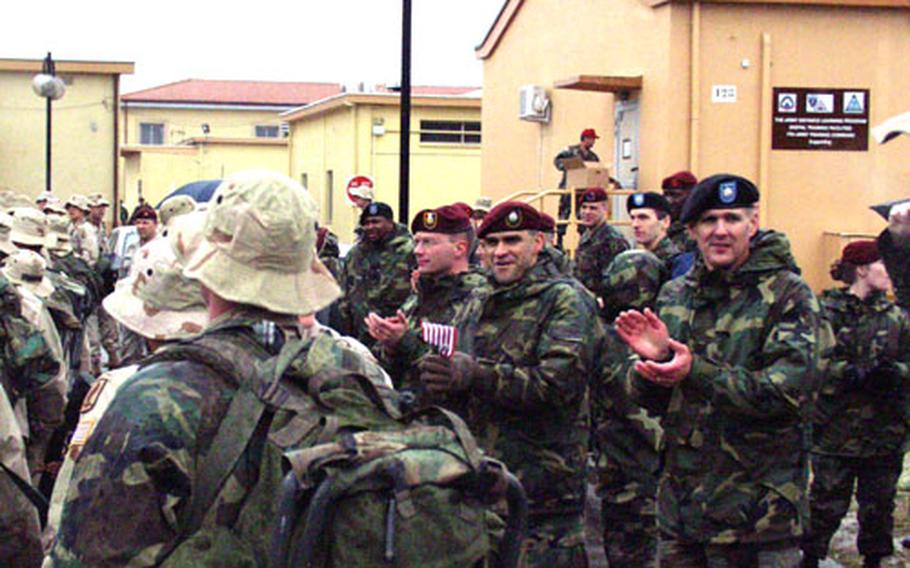 Returning from a long deployment to Iraq, the first large group of soldiers from the 173rd Airborne Brigade are greeted Thursday by other members of the Southern European Task Force (Airborne) at Caserma Ederle in Vicenza, Italy. (Kent Harris / S&S)

Returning from a long deployment to Iraq, the first large group of soldiers from the 173rd Airborne Brigade are greeted Thursday by other members of the Southern European Task Force (Airborne) at Caserma Ederle in Vicenza, Italy. (Kent Harris / S&S) 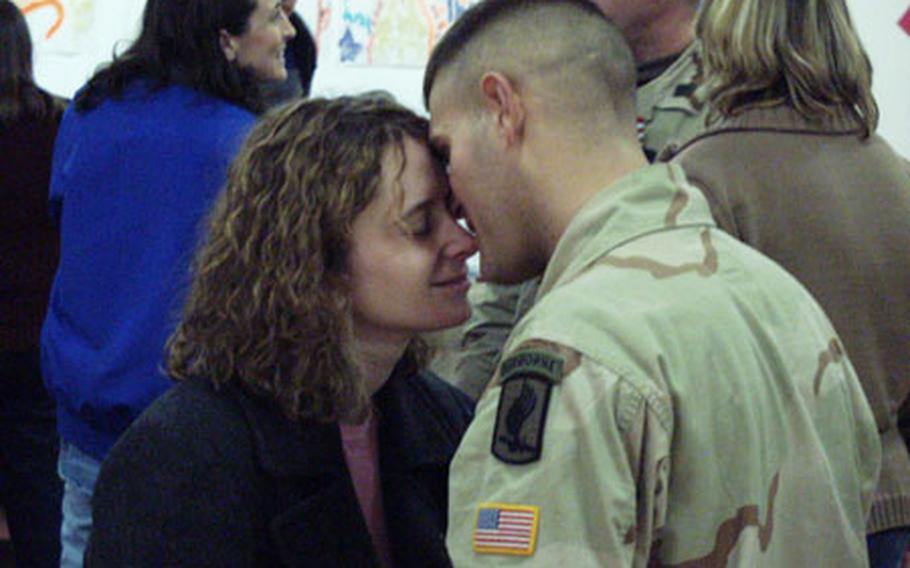 Troy and Chrissy Womack share a private moment - sort of - amidst all the celebrations Thursday as the first large group of soldiers from the 173rd Airborne Brigade returned to their home base in Vicenza, Italy, from a long deployment to Iraq. (Kent Harris / S&S) 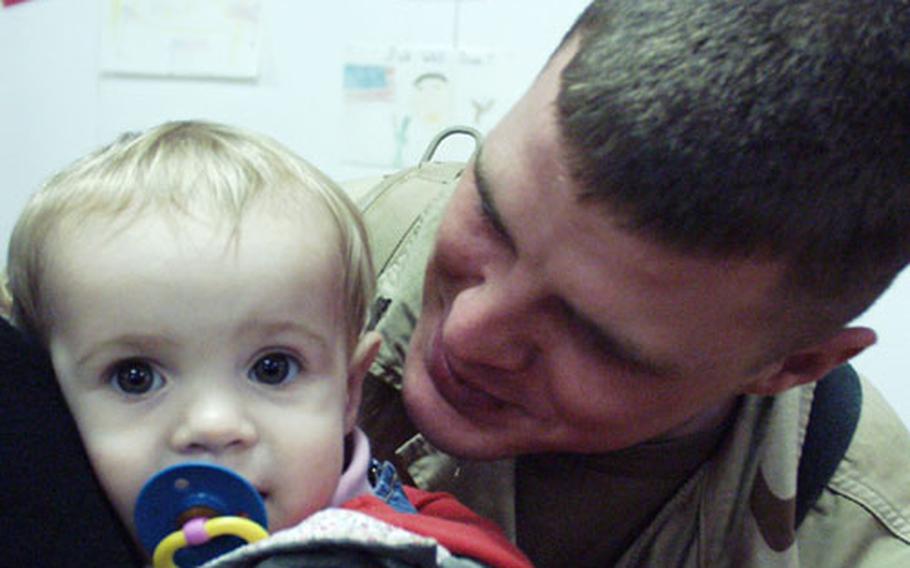 VICENZA, Italy &#8212; Even the most gung-ho paratrooper would agree that Thursday was a lousy day for a parachute jump.

But despite snow, rain, sleet and a steady cold wind, it was a good day for a homecoming. About 300 members of the 173rd Airborne Brigade proved that, bringing smiles, laughter and tears with them when they returned to Caserma Ederle from a long deployment to Iraq.

Capt. George Schabbehar, of the 74th Long Range Reconnaissance Company, said the weather wasn&#8217;t too different from northern Iraq, where the brigade has spent the better part of the last year.

Schabbehar said some inclement weather won&#8217;t bother him too much, though.

After outprocessing, he&#8217;s planning to spend a lot of time with his wife and children, including a daughter he&#8217;d never seen before Thursday.

Annalisa, born two weeks after the soldier jumped into Iraq with other members of the brigade, appeared to be happier in her mom&#8217;s arms. But sons George and William and older daughter Victoria &#8212; sporting a pair of flags intertwined in her hair &#8212; were glad to see Dad back.

Some of those friends showed up at the tent that the Southern European Task Force (Airborne) set up for the returns. Fortunately, that was done well before the weather turned nasty Thursday. Snow started falling shortly after the soldiers landed at Aviano Air Base and it fell steadily as their buses made their way to Vicenza.

The group of soldiers returning Thursday was the first in a series that will travel back to Italy over the next few weeks. Some will fly directly from Kirkuk where the brigade was headquartered. Others, handling equipment, will head out from Kuwait.

Not many of those returning Thursday had visited the base since they deployed. Less than half of the brigade had the opportunity to take advantage of the military&#8217;s rest and recuperation program.

Some soldiers did get a chance to spend a few weeks of the past year back in Vicenza, though. And at least one has proof.

But she said she&#8217;s happier this time than when her husband, Spc. Samuel Anglin, returned briefly in November.