1st ID unit's pre-dawn raid aims to round up insurgents 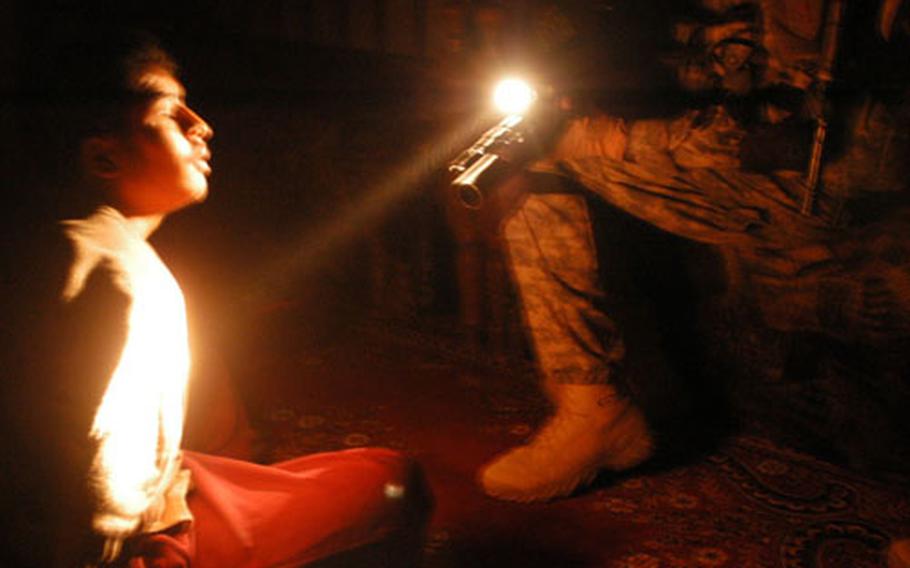 A young man is interrogated by a U.S. soldier during a raid early Sunday morning in Ta’meem, Iraq, a suburb of Ramadi in Anbar province. The soldiers determined that the man wasn’t the one they were looking for and did not detain him. (Charlie Coon / S&S)

A young man is interrogated by a U.S. soldier during a raid early Sunday morning in Ta’meem, Iraq, a suburb of Ramadi in Anbar province. The soldiers determined that the man wasn’t the one they were looking for and did not detain him. (Charlie Coon / S&S) 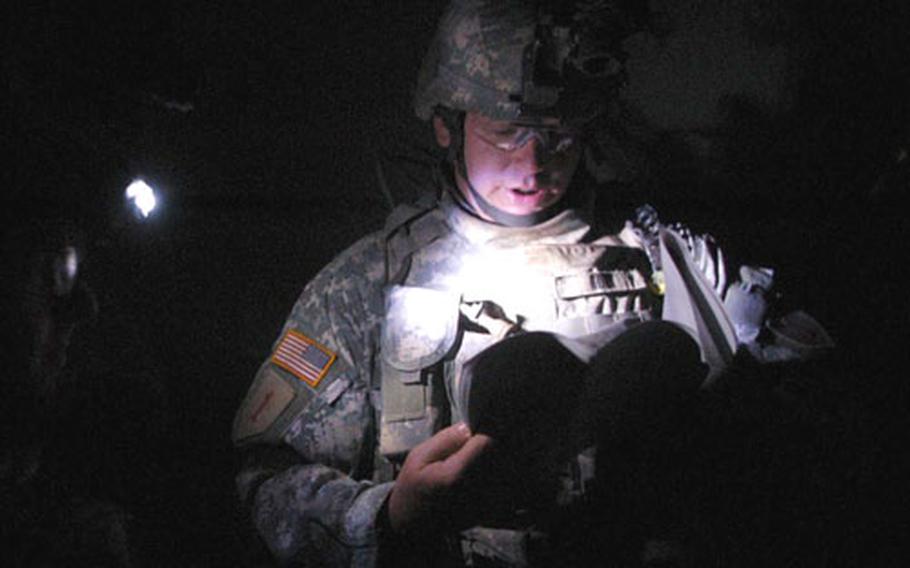 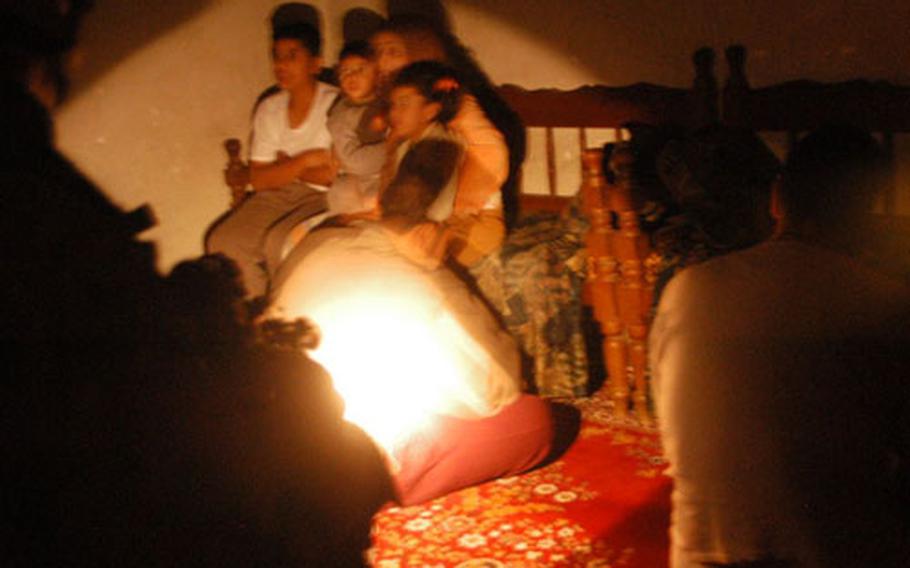 Women and children cower in a corner as U.S. forces question the men of a house during a raid early Sunday morning in Ta&#39;meem, Iraq. (Charlie Coon / S&S)

In the end, seven men were handcuffed, blindfolded and taken away after their doors were kicked in during the middle of the night. Three were suspected of plotting and executing violence; the other four were brothers of two of the suspects.

The arrests, and that no U.S. forces got hurt, were the good part.

The bad parts: Cover of darkness getting blown, a bomb going off, shots ringing out and, probably, a few innocent people getting their doors kicked in.

Sunday&#8217;s pre-dawn raid in Ta&#8217;meem, a slithery suburb of Ramadi, was a typical slice of what the 3&#189;-year-old war in Iraq has been for quite some time: U.S. soldiers hunting for men who sometimes strike deadly blows, then hide among nonfighting Iraqi civilians who are presumably just minding their own business.

That&#8217;s the stated mission, and has been for quite some time. Make things safe enough for the newly stood-up Iraqi army and police to maintain order on their own, so U.S. troops can go home.

According to intelligence reports, the suspects rounded up Sunday were involved in killing a local religious leader, firing mortars at U.S. and Iraqi military positions, shooting sniper-style at U.S. forces, and hoarding munitions.

Rounding up the enemy isn&#8217;t a perfect science.

Shortly after the charged-up U.S. soldiers embarked on foot down a silent, pitch-dark street on the way to the homes to be raided, a bomb exploded a few hundred yards away. The soldiers crouched and looked around, their expressions asking, &#8220;What the heck was that?&#8221;

They quickly resumed their mission. A few minutes later a patrol of military vehicles came lumbering down an adjacent road, and for half a minute the patrol&#8217;s full-on high beams illuminated the sneaking foot soldiers like deer caught in headlights.

After nearly a mile, the foot soldiers reached the targeted homes and started kicking in doors. There would be no resistance. Sometimes no one was home. Usually, whoever was home was in their sleeping clothes and simply complied with the soldiers now standing in their living rooms and shining flashlights.

At about 3 a.m., the silence outside was broken when about 30 gunshots erupted as the 1-18 soldiers were inside a final home and arresting its three male occupants. Those inside took cover.

Apparently, someone from inside a nearby house had pointed a light or laser at one of the soldiers who was standing guard outside, said Sgt. 1st Class Frank Mosher. The on-guard soldier and another aimed their M-4 assault rifles and fired at the house in self-defense.

No one could be heard afterward wailing in pain or outrage. It was gunshots, then silence.

Lights or lasers can temporarily blind a soldier who is wearing night-vision goggles, Mosher said, and the enemy knows that. Pointing lights or lasers at soldiers during the 11 p.m.-6 a.m. curfew is considered an act of aggression.

The soldiers walked briskly in silent darkness under a starry sky nearly a mile back to their vehicles. The only sounds were of gritty footsteps, light chatter on a military radio, and the boom of artillery being fired from nearby Camp Ramadi, followed seconds later by their impact miles away.

The detainees were brought to Camp Ramadi for questioning.

Rudy said some of his soldiers would return the next night to the house that got shot up to assess what happened there.

But that plan was shelved when less than 24 hours later a crew discovered four 122 mm artillery shells, rigged for detonation, buried next to a road not far away.