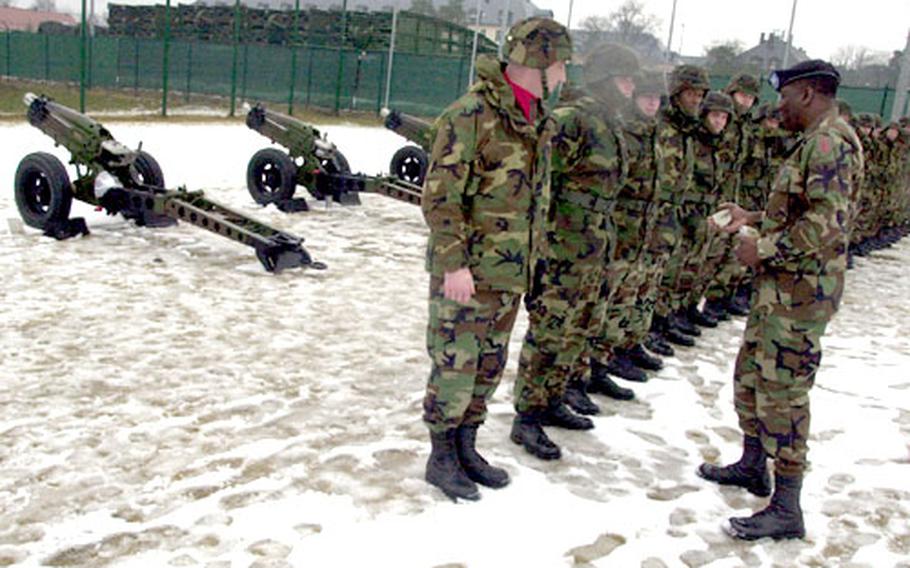 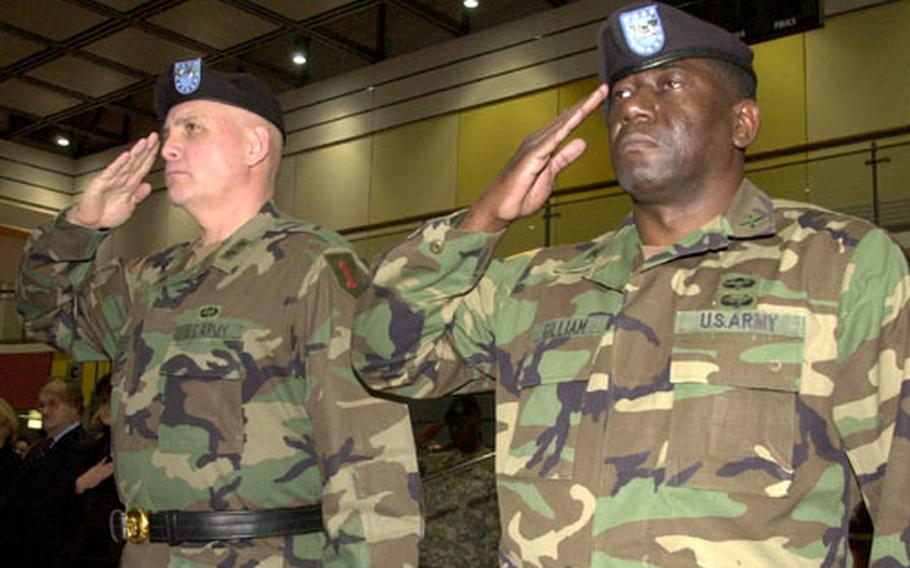 BAMBERG, Germany &#8212; The 1st Infantry Division&#8217;s Artillery (Divarty) inactivated Wednesday as part of a transformation that will see its three battalions join brigade combat teams in Germany, Italy and the U.S.

The Divarty&#8217;s inactivation marked a period of great change for artillery units everywhere, commander Col. Walter L. Gilliam told some of his unit&#8217;s 2,000 soldiers who assembled at Warner Barracks in Bamberg.

&#8220;Artillerymen across the Army will find themselves in ever-expanding roles &#8212; from delivering lethal fire to support maneuver units &#8230; to being a motorized infantry task force,&#8221; he said.

The 1st Battalion, 33rd Field Artillery Regiment will trade its Multiple-Launch Rocket Systems for 105 mm artillery pieces and join the 173rd Airborne Brigade in Vicenza, Italy. Elements of that unit also are preparing for deployment &#8212; to Afghanistan, Gilliam said.

1st Battalion, 6th Field Artillery Regiment, which was also armed with Paladins, has cased its colors for now but will reactivate in the U.S. within a few years as part of 1st ID&#8217;s yet-to-be-formed 3rd Brigade Combat Team, a division spokesman said.

During Wednesday&#8217;s ceremony, 1st ID commander Maj. Gen. Kenneth W. Hunzeker, a former Divarty commander, recalled almost a century of proud service by the unit, which was formed in France in 1917 and supported the division through seven campaigns in World War I. Divarty also participated in World War II, including the D-Day landings, the Vietnam War and the Gulf War, he said.

The unit moved to Bamberg in 1996 and has had units deploy to the Balkans several times. A Divarty gun fired the first hostile round in the Balkans, Hunzeker said. &#8220;The Big Red One is changing its structure to meet new challenges. These (Divarty) soldiers will be restationed to other units and will continue their careers with the experience of serving in this great unit,&#8221; he said.

Staff Sgt. William Schmidt, 36, of Lafayette, La., said the Iraq deployment was the highlight of his time with the unit. Schmidt, a 1-33rd platoon sergeant, who is moving to the Noncommissioned Officer Academy at Grafenw&#246;hr, said Bamberg is one of the best places to serve in Europe. &#8220;Grafenw&#246;hr is a small town and it is a little isolated, but I&#8217;m looking forward to it. At least I get to continue serving in Germany,&#8221; he said.