1st ID gunner sacrificed his life so others could live 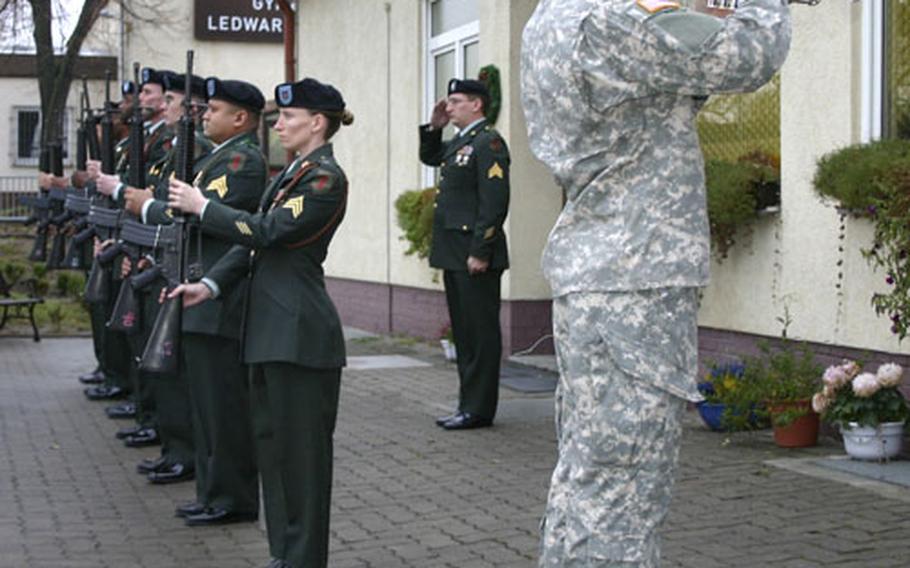 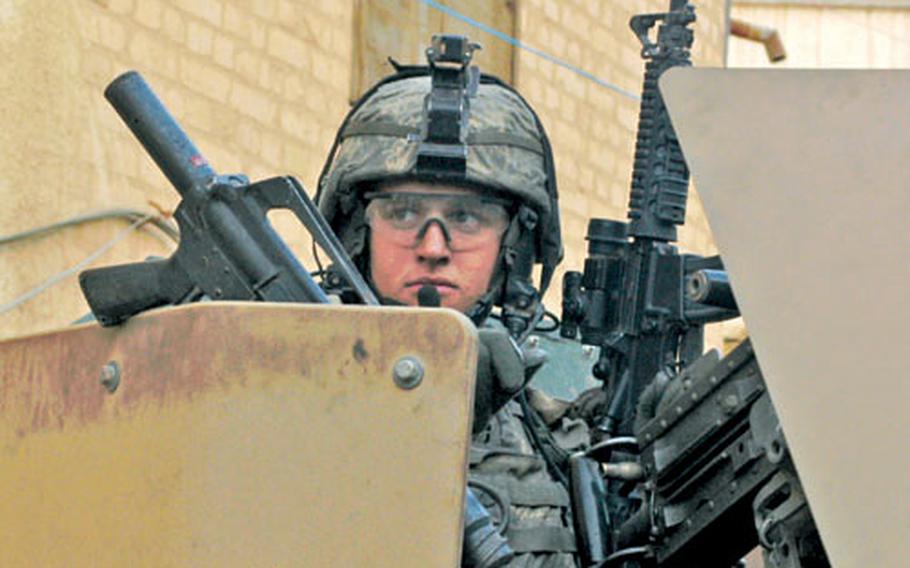 This photo of Pfc. Ross McGinnis appeared on the front page of Stars and Stripes on Nov. 30, a few days before he died saving his comrades from a grenade thrown into their Humvee. (Ben Murray / S&S)

SCHWEINFURT, Germany &#8212; A 1st Infantry Division soldier has been given the nation&#8217;s third-highest award for valor in combat after sacrificing himself for four of his fellow infantrymen in Iraq.

Posthumously promoted to the rank of specialist, Ross Andrew McGinnis, of Company C, 1st Battalion, 26th Infantry Regiment out of Schweinfurt, Germany, was awarded the Silver Star after jumping on a grenade that had been thrown into his vehicle in Baghdad.

His story was told by his company commander in Iraq, Capt. Michael Baka, during a memorial at Ledward Barracks Chapel on Tuesday.

While patrolling Baghdad&#8217;s Adhamiyah neighborhood with members of Cobra Platoon on Dec. 4, McGinnis was manning a .50-caliber machine gun from the turret in the last of a six-vehicle convoy. After making a turn onto a city street, an enemy fighter threw a grenade at McGinnis&#8217; Humvee from a nearby rooftop.

Immediately yelling &#8220;grenade&#8221; over the vehicle intercom, McGinnis tried to deflect it, but was unable, Baka said, and the grenade fell through his gunner&#8217;s hatch and into the truck.

The truck commander, who was also McGinnis&#8217; platoon sergeant, didn&#8217;t know that the grenade had gotten inside and shouted, &#8220;Where?&#8221; to McGinnis, who was posturing himself as if to jump out of the hatch.

After realizing that the four other soldiers inside were trapped, their Humvee doors combat-locked, he answered, &#8220;The grenade is in the truck,&#8221; and threw himself on it, trapping the deadly explosive between his back and the radio mount.

When the grenade went off, McGinnis was killed instantly. His warnings to the other crewmembers had given them time to react, and none of the other four were seriously wounded.

Lt. Col. Eric Schacht, commander of 1st Battalion and other members of Task Force Blue Spader, had the chance to speak with McGinnis&#8217; parents, Thomas and Romayne. They remembered how, when asked in kindergarten to draw what he wanted to be, he drew a soldier. He signed up for delayed entry in the Army on his 17th birthday &#8212; the first day he was eligible.

McGinnis was 19 years old when he was killed.

Members of his unit recalled that he loved to be in the spotlight. After a picture of McGinnis and his .50-cal had been published on the cover of the Nov. 30 Mideast edition of Stars and Stripes, Baka said he told him he was famous. McGinnis said that he wasn&#8217;t, but his friends said he cherished the photo and carried it with him.

After reading the accounts of his sacrifice, Schacht said, &#8220;Spc. McGinnis did what I consider the most selfless act of any man I have known.&#8221;

In addition to his parents, McGinnis is survived by his sisters Katherine and Rebecca.