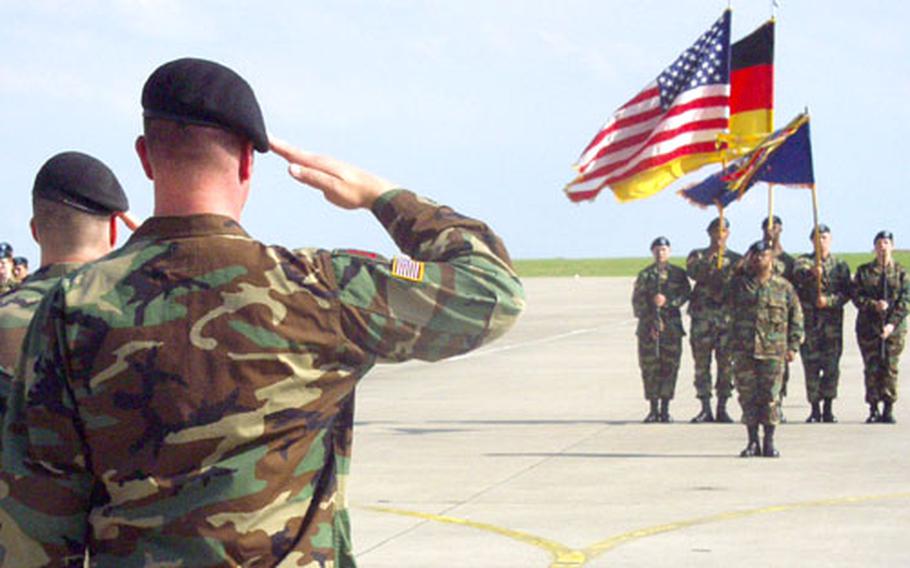 Col. Walter Golden Jr., left, and Lt. Col. David Moore salute the colors of the 1st Battalion, 1st Aviation, along with the U.S. and German flags, for the final time on German soil. (Steve Liewer / S&S)

Col. Walter Golden Jr., left, and Lt. Col. David Moore salute the colors of the 1st Battalion, 1st Aviation, along with the U.S. and German flags, for the final time on German soil. (Steve Liewer / S&S) 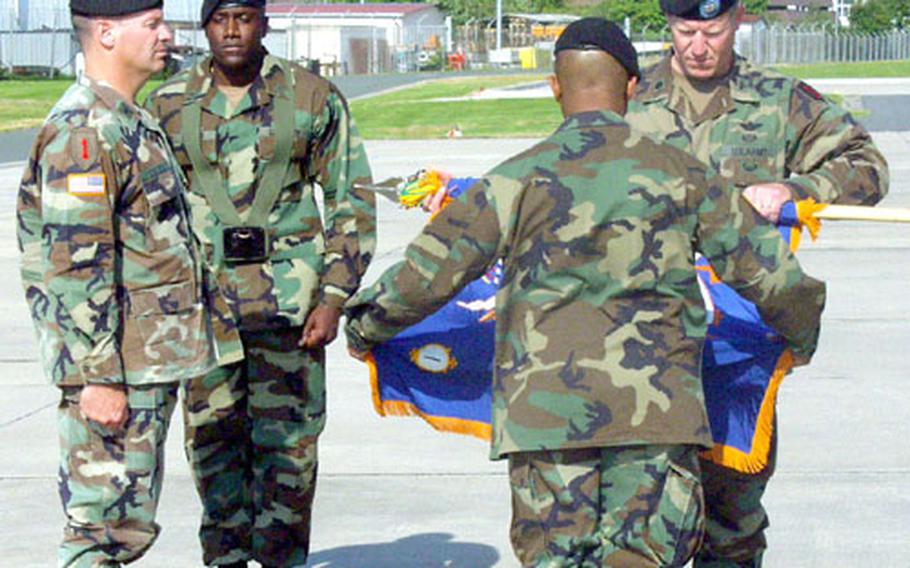 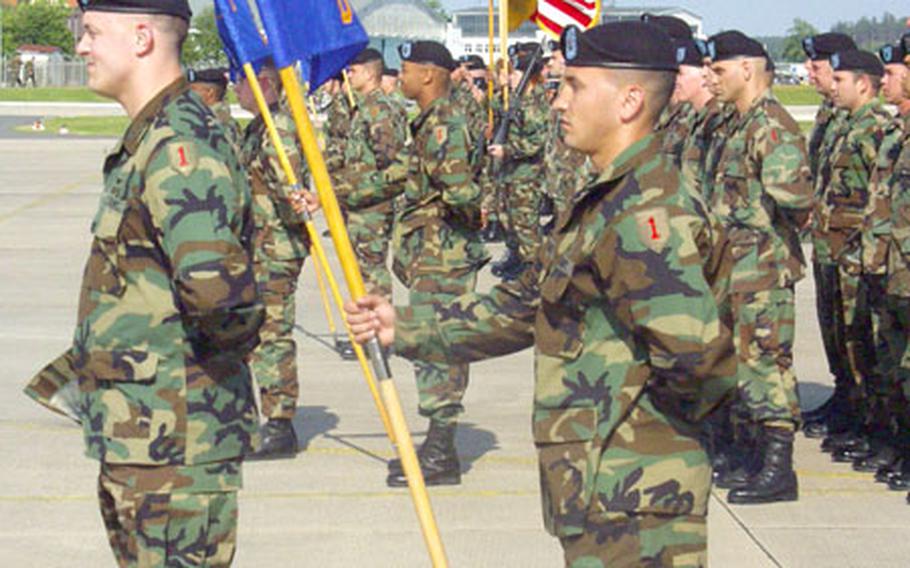 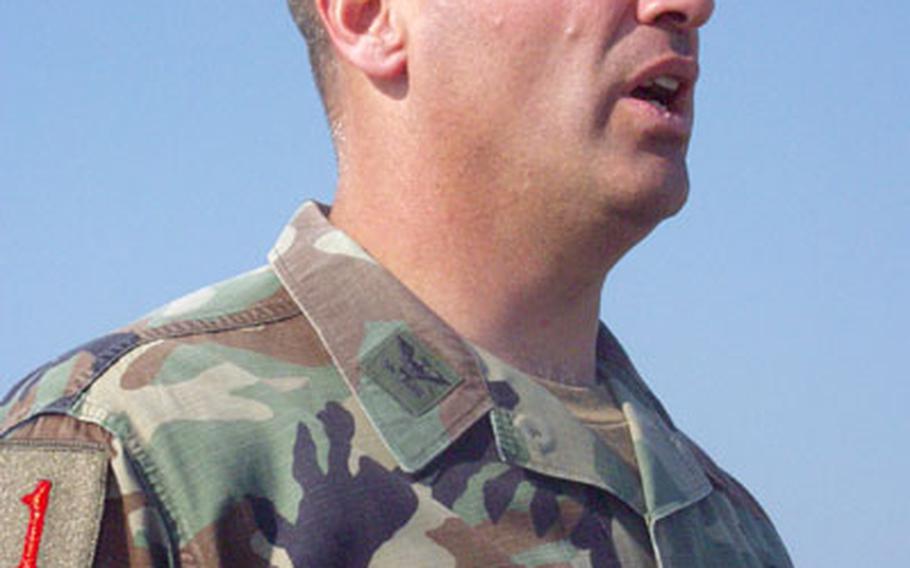 KATTERBACH, Germany &#8212; The 1st Infantry Division began its long farewell to Europe as its AH-64A Apache attack helicopter battalion cased its colors Monday for the last time on German soil.

More than 100 soldiers stood at attention for the sheathing of the flag of the Big Red One&#8217;s 1st Battalion, 1st Aviation Regiment, then relaxed for a low- key farewell dinner of sandwiches, chips and cake.

Just five months after returning from a yearlong tour of Iraq, the unit is dissolving. Later this summer it will re-form at Fort Hood, Texas, with new soldiers for a long-planned year of training on the advanced AH-64D Longbow Apache.

After that, 1-1 Aviation will fly its Longbows to a new home that hasn&#8217;t been officially disclosed. Members of the unit presume it will be Fort Riley, Kan., identified by the Pentagon as the future headquarters of the 1st ID, which currently is based in W&#252;rzburg. It will be the first European piece of the Big Red One to move back to U.S. soil.

According to its unit history, the battalion was activated at Fort Riley on Feb. 15, 1957, as a fixed-wing, light-transport unit. It got its first helicopters in October 1965, just in time for deployment to Vietnam.

Inactivated five years later, it re-formed in 1981 and fielded Apaches in April 1990.

During the Persian Gulf War, 1-1 Aviation spearheaded the VII Corps assault into Iraq. It moved from Fort Riley to Katterbach in 1996, deploying to the Balkans for peacekeeping missions in 1996-97 and 1999-2000.

Lt. Col. David Moore took command June 3, 2002, for an extraordinary three-year tour that saw the unit deploy to Hungary and Kosovo before heading to Iraq early last year for a yearlong tour. In Iraq, the unit flew 1,500 missions and 14,000 combat hours while earning a Valorous Unit Award and suffering no casualties. Moore said it is the last active-duty Army unit still flying the old model Apaches.

He said about two-thirds of the 1-1 Aviation&#8217;s personnel already have moved to other units since the division&#8217;s stop-loss/stop-movement order was lifted last month. Those left behind will help pack the battalion&#8217;s gear and ship it to Fort Hood.

To the soldiers still here, it is strange to see their wartime unit go away.

Spc. Alix Cassagnol has been in the Army only three years, but this is the second time his unit has dissolved right after a wartime deployment.