1st BCT gets key help from Iraqis to meet deadline 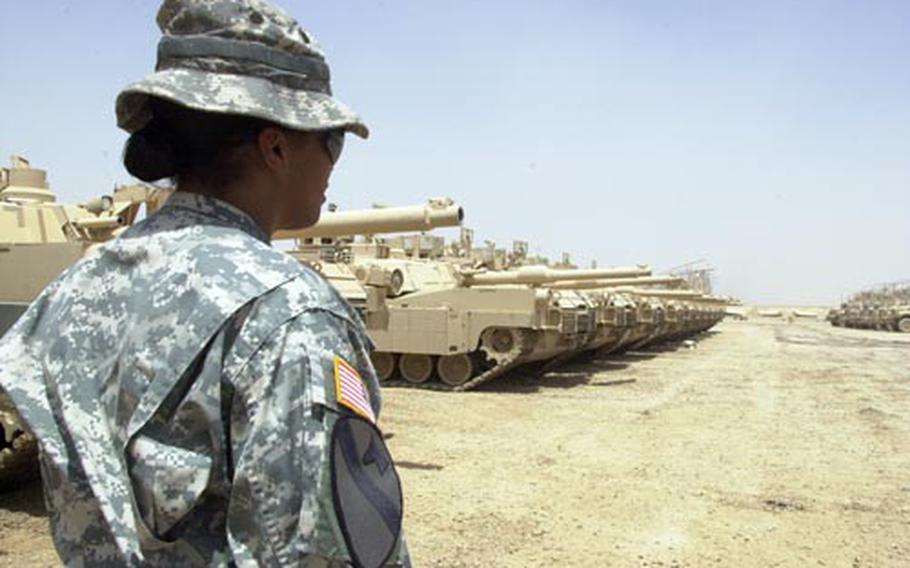 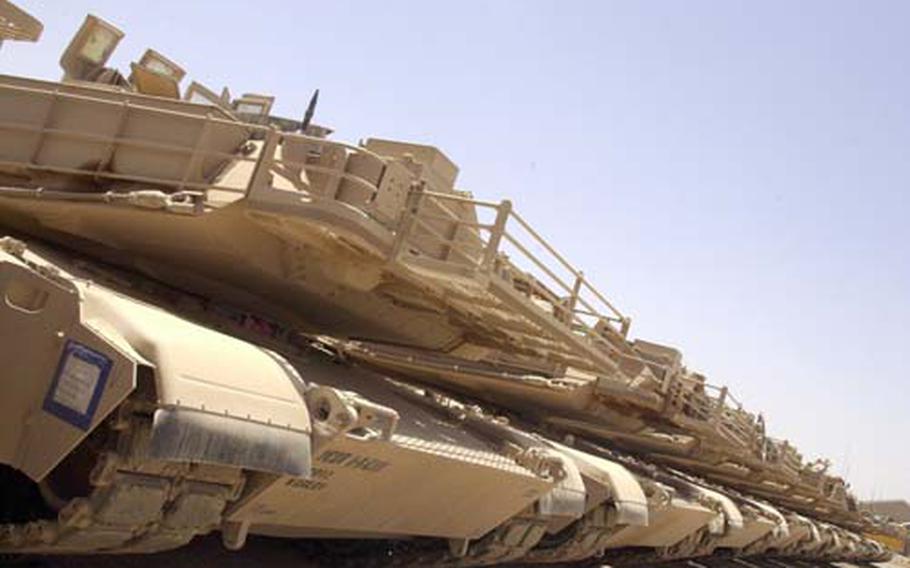 A long line of tanks are parked at Camp Taji as part of the effort to get U.S. combat troops out of Baghdad. (Teri Weaver / S&S)

And don&#8217;t forget the 2,900 soldiers who, as part of the 1st Brigade Combat Team, 1st Cavalry Division, moved in and around Baghdad in recent weeks to comply with Tuesday&#8217;s deadline to pull back U.S. combat troops from Iraq&#8217;s cities.

Now try to do it all in a couple months. That&#8217;s the situation faced by the 115th Brigade Support Battalion, which is completing the brigade&#8217;s move out of nine joint security stations in eastern Baghdad, according to Lt. Col. Gregory Holmes, the battalion&#8217;s commander.

"That is a short period of time to move the amount of equipment we&#8217;ve moved," said Maj. Mekelle Epperson, the battalion&#8217;s plans officer.

The battalion began planning for the moves in January when it arrived at Camp Taji, a massive U.S. and Iraqi base northwest of Baghdad, Epperson said.

As the support battalion moved in, it left enough space for the tracked vehicles and soldiers who would arrive from Iraq&#8217;s capital in early summer.

Epperson and others planned the cargo moves in addition to the battalion&#8217;s regular food and supply runs to the bases throughout the area. To help, the battalion signed about $500,000 worth of contracts with Iraqi movers, Holmes said.

"The contractors were very, very helpful," Epperson said. "Without them, it would have taken a miracle."

The brigade left some of its equipment, like air conditioners and generators, for the Iraqi security forces who remain at some of the bases. The rest is being recycled. Some of the living trailers went to other rural bases in the brigade&#8217;s area, east of the Tigris River, to house some of the moving soldiers.

The bulk of the brigade&#8217;s tracked vehicles and many of its MRAPS now sit covered in dust at Taji. The plan, for the short term, is to maintain the vehicles and keep them in Iraq in case they are needed, Holmes said.