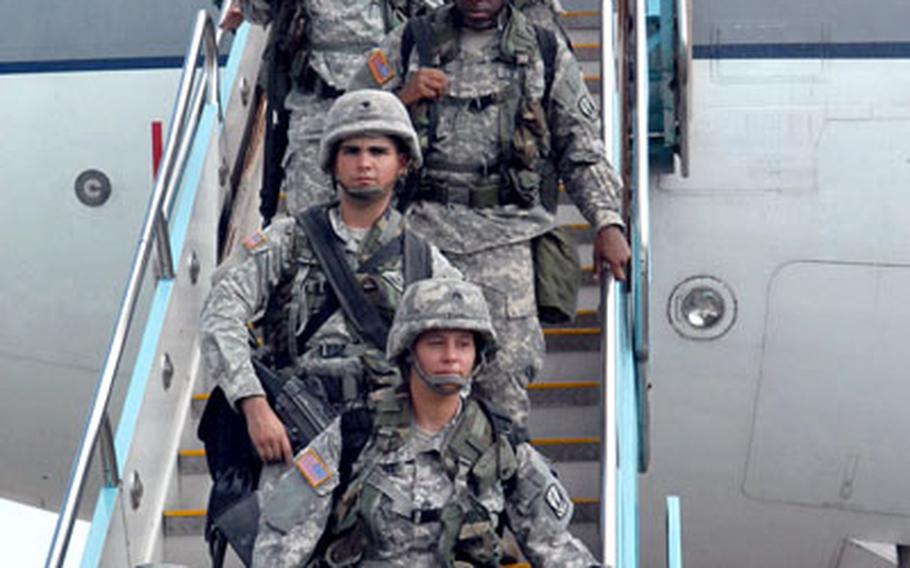 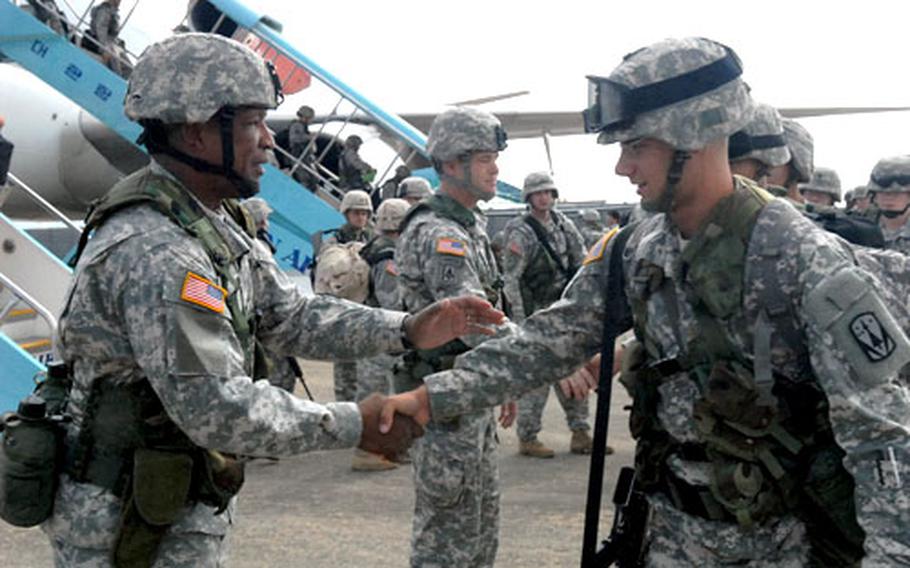 Troops from a Patriot missile battalion have started arriving at Camp Carroll in Waegwan, South Korea, to replace a fellow battalion.

The brigade is headquartered at Osan Air Base and maintains eight firing batteries around the peninsula.

Patriot missiles are designed to down aircraft, cruise missiles and tactical ballistic missiles.

The newly-arrived battalion will replace the brigade&#8217;s 2nd Battalion, 1st Air Defense Artillery, which will move to Fort Hood, Texas, to refit and then resume its place on the Army&#8217;s Patriot unit rotation schedule, said Maj. James Clarke Jr., the brigade&#8217;s executive officer.

The 2nd Battalion has been at Camp Carroll since late 2006. The post is in the peninsula&#8217;s southeast, about a 30-minute drive north of Daegu.

The brigade brings in a new battalion every six months for a one-year tour. In the brigade&#39;s battalion rotations, troops change places but the missiles and other inventory stay in place.

The Army began rotating Patriot units in battalion size earlier this year. Before then, it had rotated them in the smaller, battery strength.

The brigade&#8217;s 1st Battalion, 7th Air Defense Artillery, was the first Army Patriot battalion to deploy overseas in full battalion strength, a move it made earlier this year. It&#8217;s headquartered at Suwon Air Base.

The brigade&#8217;s firing batteries are at Suwon, Osan, Camp Carroll and Kunsan Air Base.

The departing 2nd Battalion moved to Camp Carroll in late 2006 from Gwangju Air Base, a South Korean installation, where it had been stationed since 2004, to give soldiers a wider arrange of services than what were available at Gwangju.

Among improved quality-of-life benefits they gained on moving to Camp Carroll were better medical and dental services, improved vehicle-maintenance facilities, newly renovated barracks and a well-equipped gym, as well as the varied recreational opportunities of the Daegu-Busan region, U.S. military officials have said.