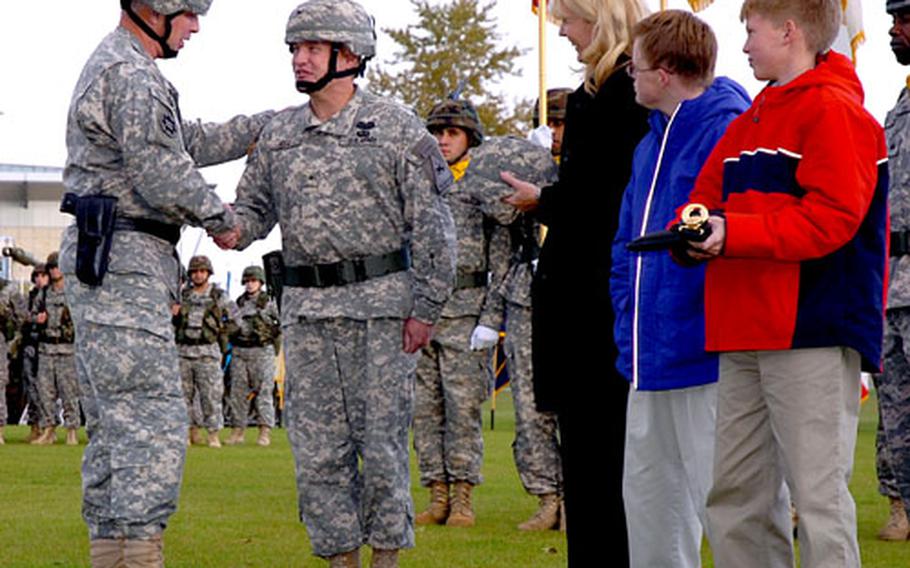 According to a 1st AD news release, Hogg spoke at his promotion ceremony, saying: &#8220;Promotions are not an individual event. It is based on having the privilege of working with and working for outstanding soldiers and noncommissioned officers. It&#8217;s based on the support and companionship of your peers and your fellow brothers in arms. And, it&#8217;s based on outstanding leadership and mentorship from bosses.&#8221;