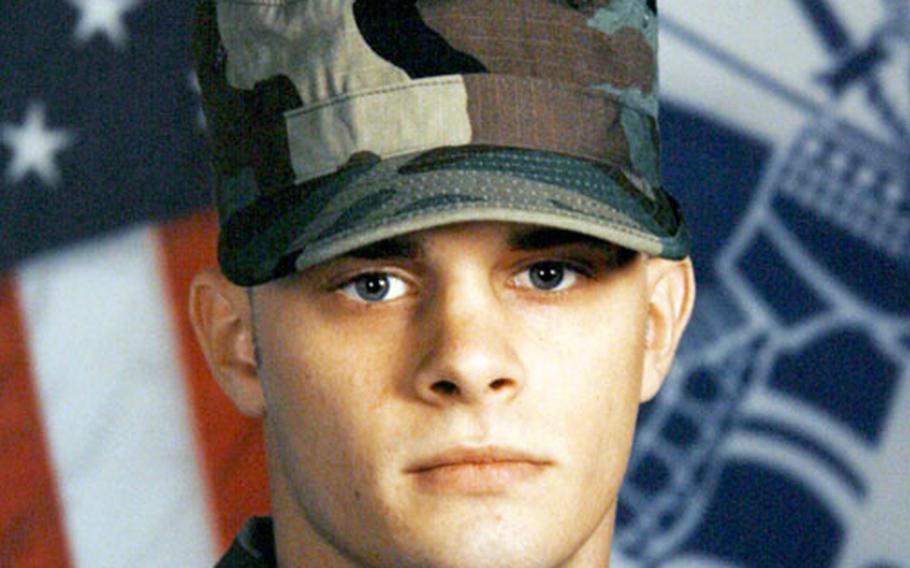 Family members of a 1st Armored Division soldier killed last week in Iraq are mourning the loss of a quiet, compassionate young man.

On Tuesday, the Pentagon identified the soldier as Pvt. Jody W. Missildine, 19, of Plant City, Fla. Missildine was killed April 8 in Tal Afar when a makeshift bomb hit his armored Humvee, which was traveling in a convoy with other vehicles.

According to news reports from his hometown, Missildine had been raised by his grandparents since the age of two. He had a brother, Jason, with whom he was close &#8212; the two had each others&#8217; names tattooed on their arms.

Shirley Missildine, Jody&#8217;s grandmother, said he felt different when he wore his uniform.

Funeral arrangements had not yet been made, the family said.

Missildine had signed up for the Army while still in high school, family members said, in part to travel and to get money for college. He was on the track and wrestling teams in high school and was good at computers.

According to family members, Missildine called home each week, but that his news in recent weeks had begun to worry them. A friend of his had been killed in action, and another seriously wounded.