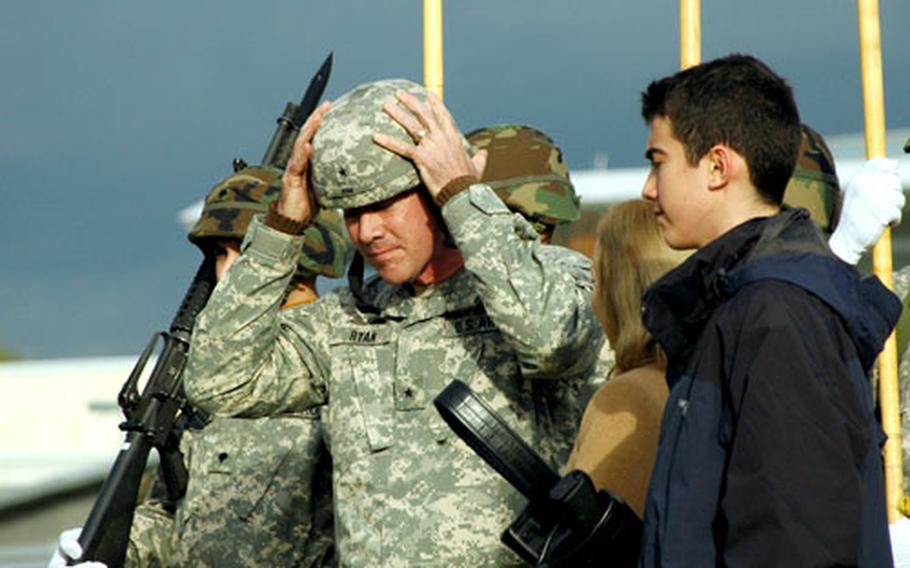 Michael A. Ryan, the 1st Armored Division&#8217;s assistant division commander for maneuvers, was promoted to brigadier general and received his first star at a ceremony Friday at Wiesbaden Army Airfield, Germany.

Maj. Gen. Fred D. Robinson Jr., the division commander, officially pinned the one-star rank on Ryan, and praised his leadership and accomplishments in his current position, which he has held since July 2005.

According to a 1st AD news release, Ryan then donned a pistol belt and Kevlar helmet with his new rank and addressed those present.

&#8220;With every promotion there is a greater opportunity to train and care for our soldiers, to fight bureaucracy and apply common scene to challenges,&#8221; the release quoted him saying. &#8220;If you accept a promotion with the intent of doing everything in your power to make a positive impact on the unit and its soldiers, then I suspect that you will never be disappointed.&#8221;