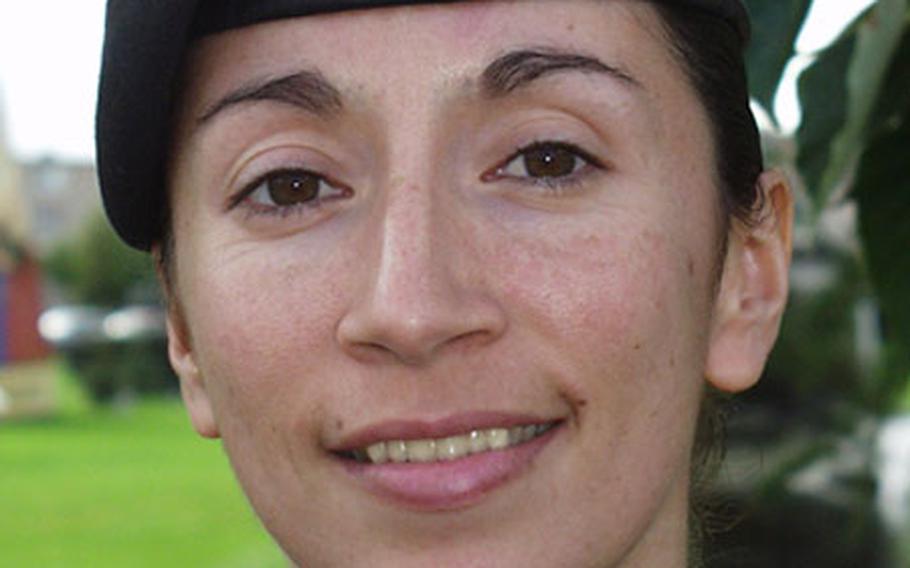 WIESBADEN, Germany &#8212; The granite of choice comes from India. German engravers will work the stone. And one of the names on the monument will be that of an Estonian soldier.

Perhaps it is only fitting that a new monument to honor the war dead of the United States, a land of many races and ethnicities, is coming together with the assistance of multiple nations.

At its Welcome Home ceremony on Oct. 7, the 1st Armored Division plans to dedicate a monument bearing the names of 130 soldiers who died in the line of duty during Operation Iraqi Freedom 1, division officials said.

To those on hand, it won&#8217;t matter that the monument before them will be a replica of the real one, which is still a couple of months from completion. It will be a day of celebration, as well as a day of reflection, and with many division soldiers moving on to new duty assignments, the timing and setting is right, said Master Sgt. Chantel Sena-Diaz, the project manager.

The charcoal-gray, granite monument will have three sides and be in the shape of a pyramid, she said. At its base, it will measure 6 feet by 6 feet, and the entire pyramid will sit atop a foot-high base that will be slightly larger in terms of its dimensions. The entire monument will weigh 5 tons.

Of special interest will be the engravings on the three sides.

One will feature a map of Iraq and the names of several significant cities, as well as major lakes and the Tigris and Euphrates rivers. Along the border of this particular side will be the crests of the six major units that made up the task force at one time or another.

Another side will include the names of all the fallen soldiers assigned to the division task force from May 2003 to July 2004. Among the names will be Estonian army Sgt. Andres Nuiamae, who died while attached to the force. The 21-year-old was the first soldier from that nation killed in combat abroad since 1920.

The remaining side will feature the &#8220;Old Ironsides&#8221; emblem. A quote by Maj. Gen. Martin E. Dempsey, the division commander, will anchor it.

&#8220;In the history of our great nation, there have been times when soldiers have been called upon to re-earn America&#8217;s freedom,&#8221; Dempsey said in April. &#8220;This is such a time. You now take your place among the heroes of our past who sacrificed so that their fellow Americans would remain free.&#8221;

The monument, Sena-Diaz said, will consist of four pieces, including the base. It will have a smooth finish to it, and will reside on the parade ground on the Wiesbaden Army Airfield.