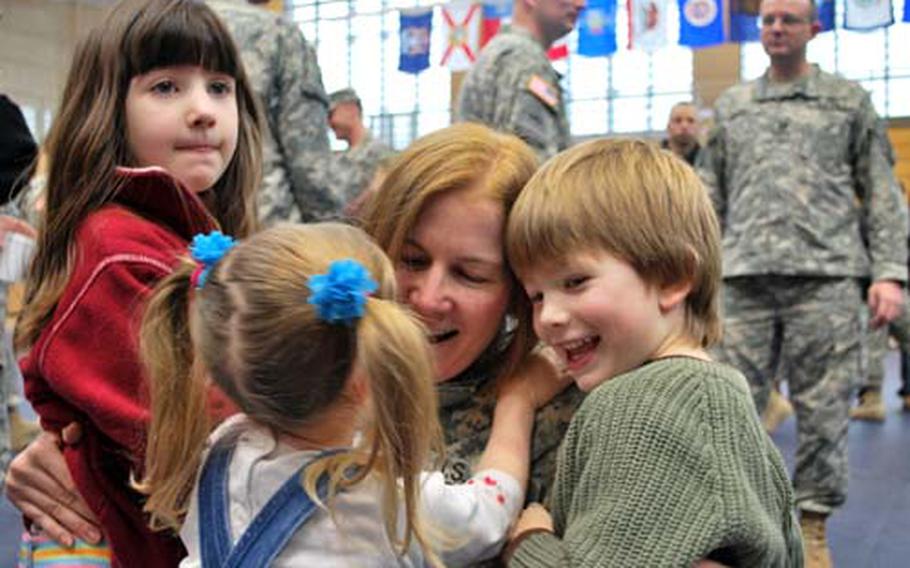 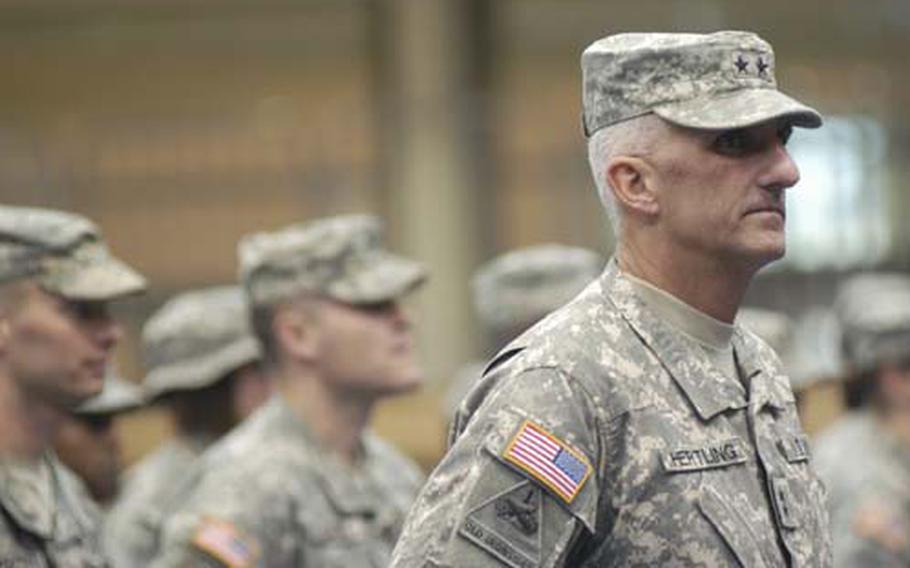 Lt. Col. Scott Shore was only about a minute and a half into his speech when the general before him held out his hand, extended a finger, and started whirling it in a circle. The meaning was clear: &#8220;Wrap it up.&#8221;

Hundreds of soldiers and family members who were watching the spectacle chuckled supportively at the gesture. Shore, the 1st Armored Division&#8217;s rear detachment commander, had his heart in the right place, but the crowd sympathized completely with Shore&#8217;s boss.

After 15 months in Iraq, Maj. Gen. Mark P. Hertling and the 27 soldiers who returned with him were eager Wednesday to get the formalities of the return ceremony over with, and the family members and friends waiting to greet them were, too.

The deployment had its challenges, he said, but &#8220;the only difficult part was being away from my family.&#8221;

Now that he&#8217;s back, he&#8217;s not thinking past tomorrow, he said, just about reconnecting with his family.

Maj. Peggy Kageleiry, the unit&#8217;s public affairs officer, was mobbed by her three children as soon as the ceremony wrapped up.

The contrast between that image and the reality of Iraq is stark, but the violence there has declined, Kageleiry said.

When the headquarters of 1st Armored Division left last year, the &#8220;surge&#8221; was under way and the naysayers were saying that it was too hard to fix Iraq, said Shore.