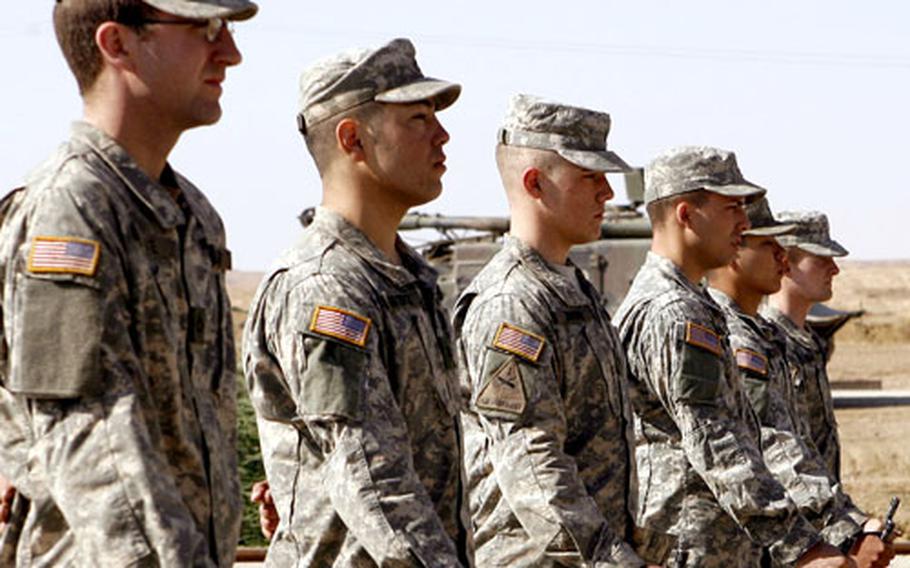 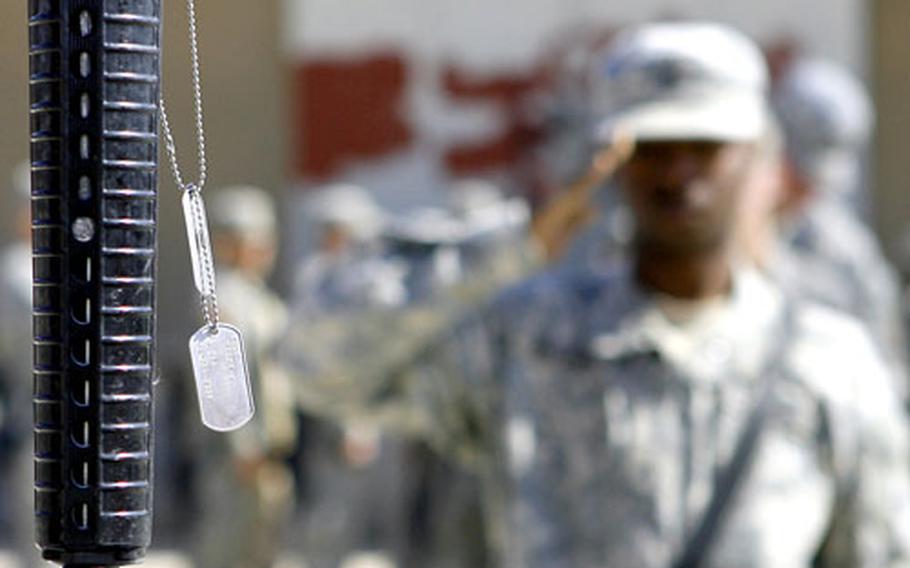 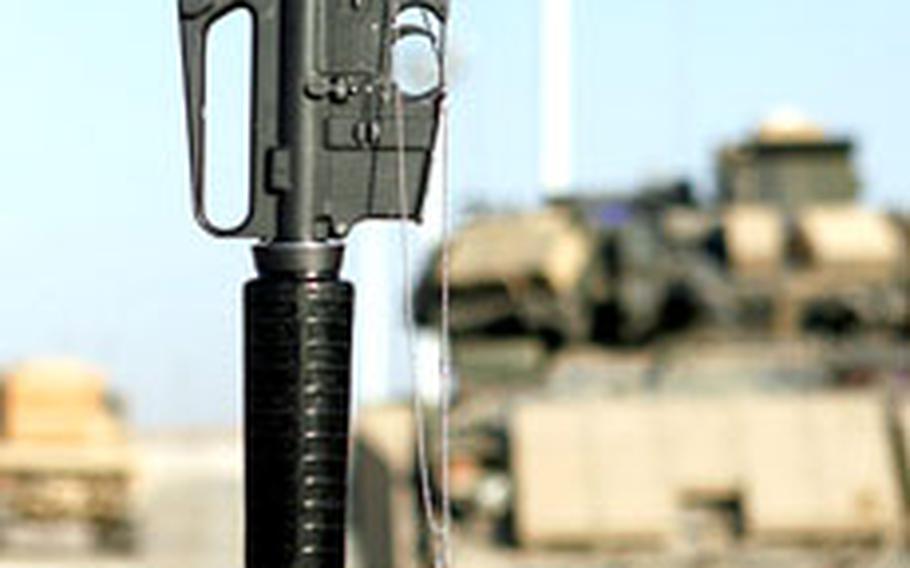 In a memorial service on a dusty base in western Iraq, troops from a Friedberg, Germany-based 1st Armored Division unit remembered a fellow soldier killed last week in Iraq as &#8220;disciplined and intelligent&#8221; and always smiling.

He had been with the battalion&#8217;s Company A only three months before his death, officials said. While in Iraq, the unit is attached to the U.S. Marine Corp&#8217;s Regimental Combat Team 7 in western Anbar province.

According to an RCT-7 news release on Monday, Ehle died at Landstuhl Regional Medical Center in Germany four days after the attack.

&#8220;He was always excited about doing his job. He was a soldier destined to do great things,&#8221; Staff Sgt. Barry A. Nickerson, Ehle&#8217;s squad leader, was quoted as saying during the Iraq memorial service.

During the ceremony, soldiers stood in formation opposite the traditional memorial for a soldier killed in action: a helmet balanced on the butt stock of a rifle, stood upright from its bayonet, with the soldier&#8217;s dog tags hanging from the grip. A set of combat boots and an American flag were placed at the rifle&#8217;s base, surrounded by Ehle&#8217;s awards: a Purple Heart, Bronze Star and Combat Infantryman Badge.

An earlier memorial was held Friday in the Ray Barracks chapel in Friedberg, but was closed to the public, 1st AD officials said.

Ehle is survived by his two brothers, Corey and Elliot; his aunt, Lisa Meade; and his uncle, Vern Petty, military officials said.

Ehle grew up in a Richmond, Va., boys home and joined the Army in January 2005. Germany was his first duty assignment. He joined the 1st Battalion, 36th Infantry just after Christmas.