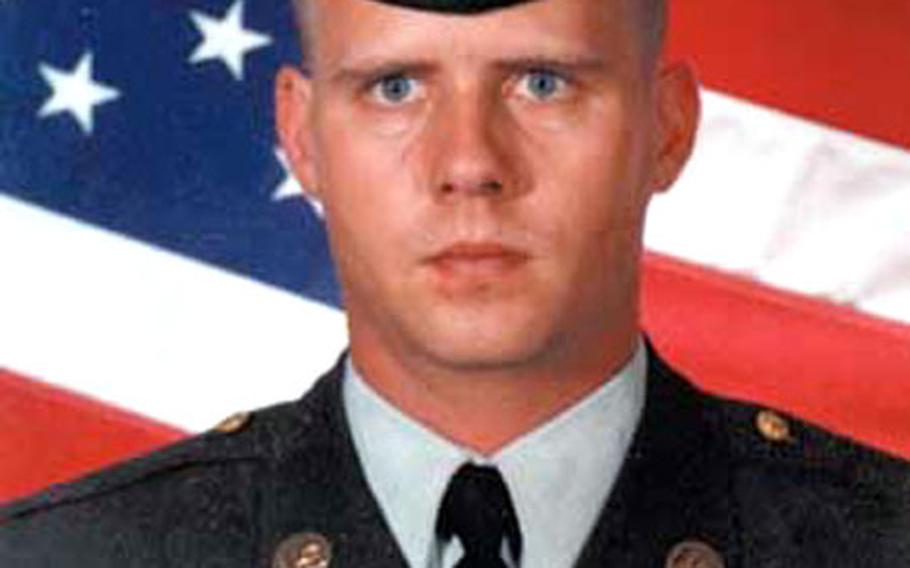 BAUMHOLDER, Germany &#8212; With Chris Holland, it was friends forever.

Tim Katoski, 27, had stayed friends with Holland since kindergarten. Holland was loyal that way, Katoski said.

A memorial service for Spc. Chris Holland was scheduled for Tuesday at St. Francis Xavier Catholic Church in his hometown of Brunswick, Ga. He&#8217;ll be buried later at Arlington National Cemetery in Virginia, James Holland said.

Chris Holland, 26, a medic assigned to Battery A, 4th Battalion, 27th Field Artillery Regiment, 1st Armored Division, based at H.D. Smith Barracks in Baumholder, died Dec. 17 when his foot patrol was ambushed in Baghdad. A sniper shot him in the neck and he died in the arms of his comrades, said James Holland, who lives in Brunswick.

In addition to his father, he&#8217;s survived by his mother, Mary Jo Holland of Lunenburg, Mass.; his sister, Amanda Holland, and grandmother Sara C. Holland, both of Brunswick.

Chris Holland was a bit of complicated character &#8212; something of a walking dichotomy, said friends and family in telephone interviews Monday. Charismatic, yet reserved. Religious, yet with a taste for the wild side.

&#8220;Around our group of friends, who were basically hell raisers, Chris was the quiet one,&#8221; Katoski said.

Yet at Valdosta State University, the hard-core churchgoer got the nickname &#8220;Hard Core,&#8221; becoming a party legend and a founding father of the Sigma Nu Mu Nu Chapter at the school.

In 1999, Holland earned a business degree, then headed for Colorado, where he loved to ride watercraft vehicles such as Jet Skis and to snow ski. But things didn&#8217;t work out, and burdened with tuition payments and other bills, he joined the Army, Lindsay and Katoski said.

His uncle, Reggie Abbott, a retired Army major and a great influence on his nephew, encouraged Chris to join up, James Holland said. Chris Holland liked to read, and his father believes his son decided to become a medic after reading &#8220;Flags of Our Fathers,&#8221; a book by James Bradley recounting the lives of the six Marines who raised the flag on Iwo Jima.

In letters home, Lindsay and Katoski said, Chris Holland wrote he liked being a medic, writing about how forward he looked to the training. Just where he would have ended up, and what he would ultimately accomplish, no one will ever know, said family and friends. The one thing everyone agreed on is that he&#8217;d be most concerned about what effect his death is having on his friends.