1st AD soldier killed in Iraq remembered as ‘his own man’ 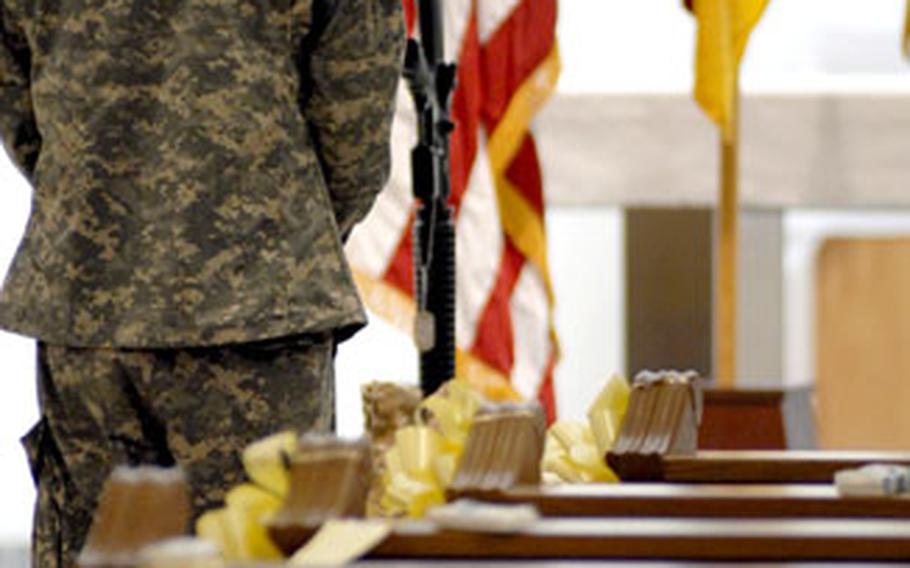 The firing team “presents arms” during the playing of taps to honor Spc. Jose Perez at the end of a memorial ceremony at Baumholder on Monday. Perez, who was assigned to Company C, 1st Battalion, 6th Infantry Regiment, 2nd Brigade Combat Team, 1st Armored Division, was killed by small-arms fire in Ramadi, Iraq, on Wednesday. (Ben Bloker / S&S) 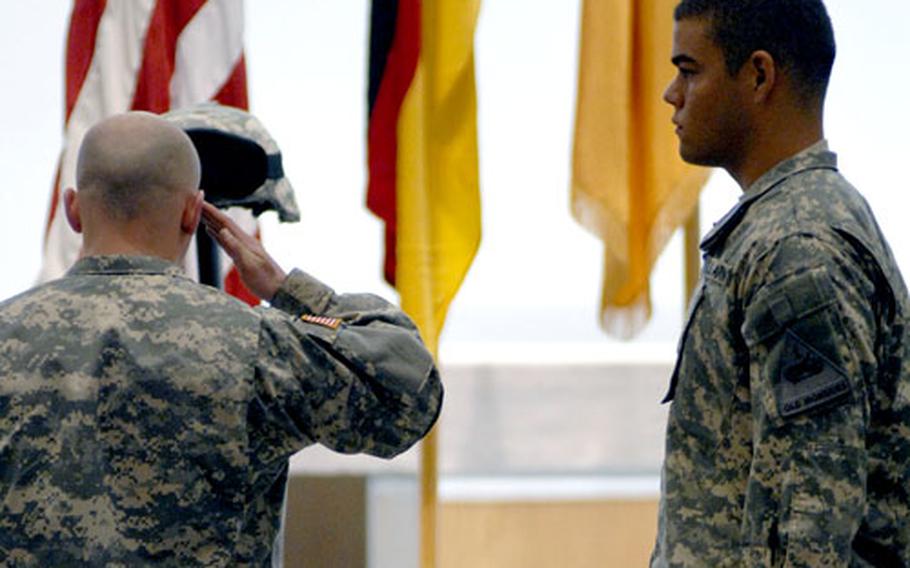 Much like the other soldiers memorialized at Baumholder&#8217;s Good Samaritan Chapel, Perez will be remembered for his smile. In particular, Perez used to give a crazy grin before he was about to say something funny, said Sgt. Whitley Bailey, Perez&#8217;s former squad leader. The young soldier never did things to gain acceptance from his peers that conflicted with his ethics, Bailey said.

&#8220;Perez was his own man,&#8221; Bailey said. &#8220;I believe that even though Specialist Perez may not be with us anymore in body, his spirit, perseverance and overall will to accomplish any mission will live in each and every soldier that had the honor to work with him.&#8221;

Perez was one of a kind, could turn around a bad situation and make everyone laugh, according to comments from one of Perez&#8217;s former comrades read during the ceremony.

Perez leaves behind two children, his wife, Violeta Perez; his father, Jose Vasquez; his mother, Maria Perez; and a sister.

Perez was posthumously awarded the Bronze Star, the Purple Heart and the Combat Infantryman Badge. The 21-year-old is among at least 42 1st Armored Division soldiers to die in Iraq.

At a memorial ceremony for two soldiers last week in Baumholder, Maj. Jeanine White, 2nd BCT rear detachment commander, hoped that there would be no additional memorial ceremonies with the soldiers nearing the end of their deployment.

&#8220;I truly hoped in the depths of my heart that it would be the last time I would have to stand in front of you and encourage you to be strong,&#8221; she said. &#8220;Our soldiers &#8212; as we have &#8212; have been faced with many challenges during this deployment, but through courage and character, we all have triumphed over whatever obstacles had blocked our way.&#8221;