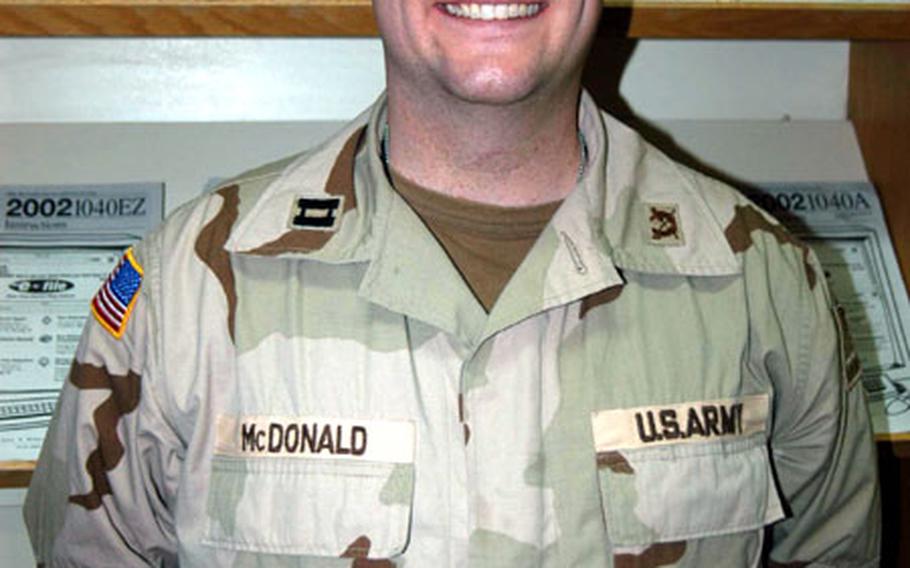 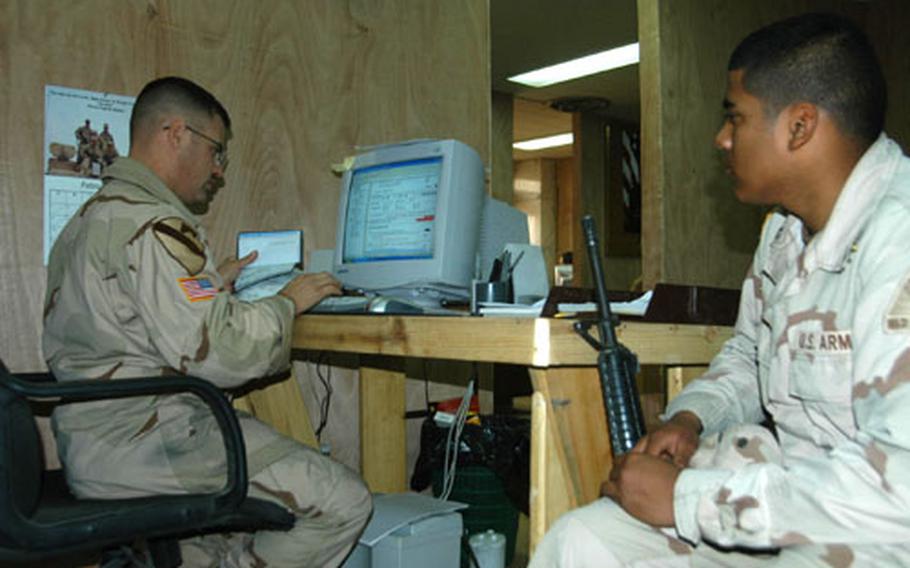 The tax center is the first of its kind in an active combat zone, said McDonald, a 1st AD judge advocate. Since Feb. 4, more than 500 soldiers&#8217; tax returns have been filed at the center.

It&#8217;s all done electronically via the Internet and the tax money comes back quickly.

The tax center was launched after the 1st AD commander, Brig. Gen. Martin Dempsey, sent lawyers, unit tax advisers and special-duty soldiers to a tax-preparation school in Kuwait. They spent a week with Internal Revenue Service trainers before fanning out to do troops&#8217; taxes.

In addition to the Baghdad center, the military tax preparers are available at the division&#8217;s five brigade headquarters. Some tax preparers also are taking their laptops and printers to troops at more remote bases.

There is plenty of publicity for the center at Baghdad International Airport. Signs advertising the average return of $1,400 are posted on buildings, on the dining facility door and even on portable toilets.

Soldiers in a combat zone are excluded from paying income taxes. But since most soldiers are not deployed in a war zone for the entire tax year, their reduced, taxable earnings often qualify them for special credits such as the earned income credit.

Under the Military Family Tax Relief Act of 2003, soldiers also can get tax breaks on their student loans and on the capital gain from a home sale, McDonald said.

The center gives priority to troops &#8212; including National Guard and Reserve soldiers &#8212; but also will do civilian tax returns, McDonald said. It also will open at odd hours for units that can&#8217;t make it during regular duty times, which are from 8 a.m. to 6 p.m.

So far, the largest single return prepared by the Baghdad tax center resulted in a refund of more than $7,000.