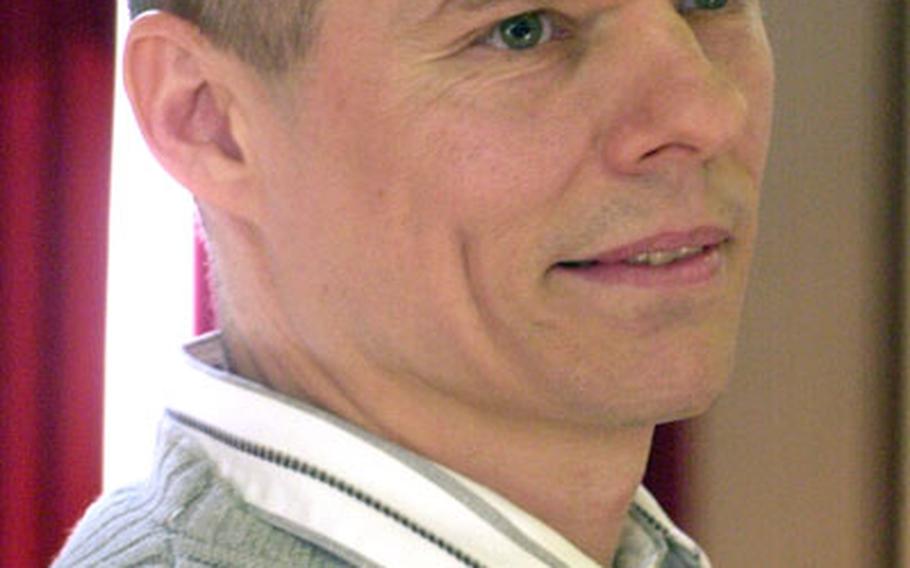 A chance for command to remind everyone that everything&#8217;s great.

The exception being when the Army is trying to fine-tune its most complicated, essential noncombat jobs: rear detachment commander.

It is a job so complicated and essential, 1st Armored Division officials devoted a full day to the second of three planned Rear-D seminars, an event that brought more than 140 people from across Germany to snowy Baumholder.

Task Force Iron Victory Rear Detachment Seminar No. 2 not only announced a major new division initiative, but also opened a panel of subject matter experts to tough questions &#8212; any question anyone wanted to ask.

With about 4,000 troops from 2nd Brigade and Division Artillery deployed to Kuwait, as well as another 5,000 soldiers from 1st Brigade in Iraq, there were a lot of questions.

What about the father who calls, trying to get answers about his injured son flying back to Germany even though Dad&#8217;s not on the next-of-kin list, asked Master Sgt. Kent Galvin, 18th Corps Support Battalion, based in Grafenw&#246;hr.

The seminar was about generating ideas that work, with the topics coming up from the family readiness group spouses and leaders, rather than down from division, said Lt. Col. Carson MayO, 1st AD rear detachment commander.

It also was the forum for introducing Care Teams &#8212; a volunteer program to help the spouse and family of wounded or dead soldiers after the casualty notification teams leave, MayO said.

Care Teams make available two or three trained volunteers &#8212; one to help with home care, a second to help with child care and even a third to help with food coordination &#8212; at a time when a spouse or family might be overcome with grief, said Lynda McFarland, who is developing the program for 1st AD.

So far, about 120 spouses have been trained for the teams, said MacFarland, wife of Col. Sean MacFarland, 1st Brigade commander.

After MacFarland&#8217;s presentation, as well as presentations on FRG operations and medical care, the panel discussion produced answers to the big questions mostly from division legal experts:

The father who wants details on his injured son is going to have to be patient because Army regulations and federal law are very clear on what medical information can be released, said Maj. Pat Vergona, the panel legal expert from 1st AD headquarters in Wiesbaden.Spouses may not operate in-home businesses that compete with Army and Air Force Exchange Services, he said.Rear-D commanders are chosen now on merit, said Col. James Larsen, U.S. Army Garrison Baumholder commander.Ask a rear detachment commander what he&#8217;d most like to have, and 98 percent would answer, &#8220;deployment orders,&#8221; Larsen and others said.

Combat commanders get the prestige, Rear-D gets the midnight calls about locks that don&#8217;t work.