1st AD ready for 'three-dimensional fight' on return to Iraq 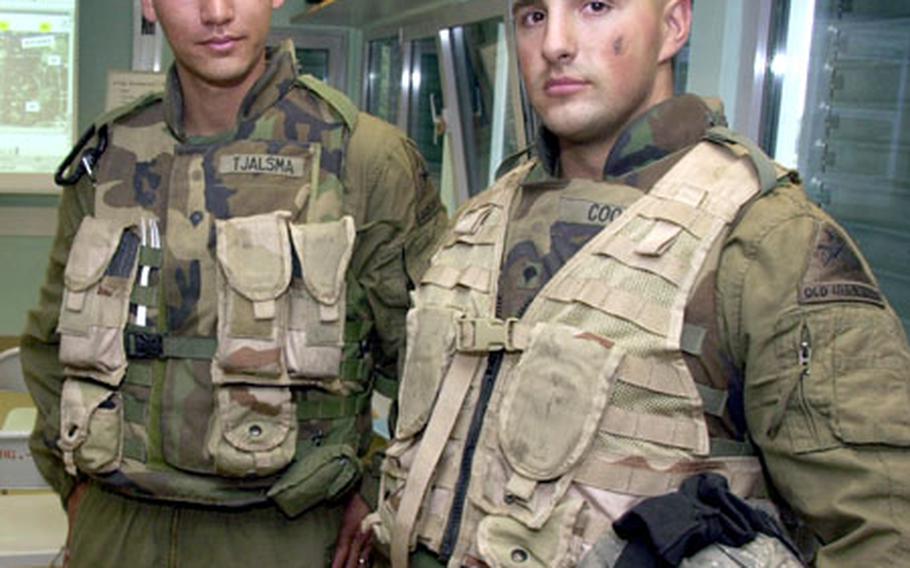 Spc. Stuart Cook, right, and Spc. Daniel Tjalsma say that every soldier coming back from Iraq has something to teach those who&#39;ve never been there. (Terry Boyd / S&S)

Spc. Stuart Cook, right, and Spc. Daniel Tjalsma say that every soldier coming back from Iraq has something to teach those who&#39;ve never been there. (Terry Boyd / S&S) 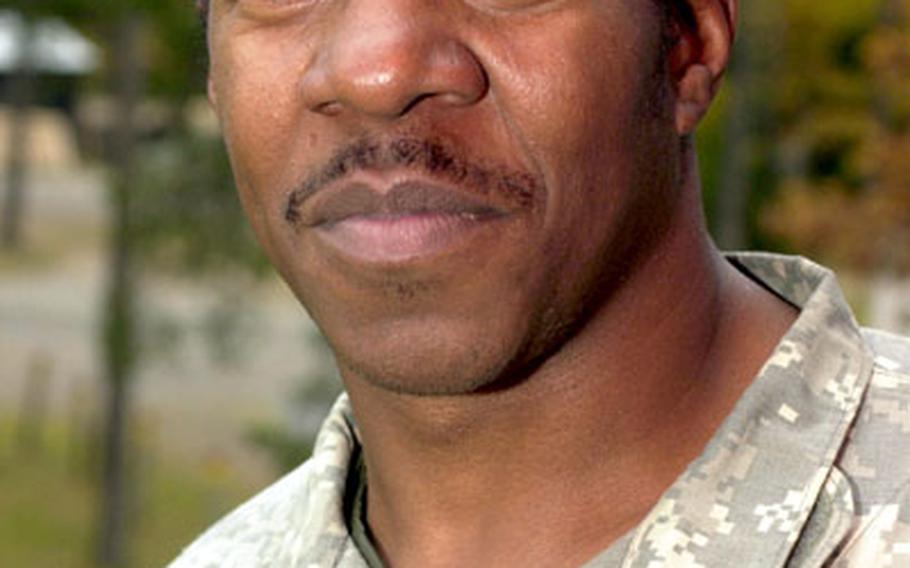 Sgt. Andrew Jackson said fighting counterinsurgency is about the flexibility of each soldier learning not only his job, but the jobs of his teammates and those of other soldiers outside the armor fraternity. "This is a thinking man&#39;s army, now." (Terry Boyd / S&S)

After that, conventional training was little help as soldiers spent much of their 15 months racing to keep up with an ever-changing mix of peacekeeping, nation-building and fighting the insurgency.

As the division gets ready for its second deployment to Iraq, soldiers and officers vow things are going to be different this time around.

In two years, the Army &#8212; or at least the 1st AD &#8212; has transformed into a full-spectrum force, every day rewriting the book on counterinsurgency warfare.

This time around, 1st AD troops down to the last support soldier have trained to think, deliberate and fight, Ryan and others said.

With the 1st AD&#8217;s Friedberg-based 1st Brigade currently at Grafenw&#246;hr and Hohenfels, it&#8217;s no longer just gunnery and maneuver training.

After finishing one of the tank tables &#8212; an eight-step series of gunnery and maneuver tests &#8212; at Grafenw&#246;hr, crews jump out of their tanks, grab small arms and shoot the scout gunnery tables.

Where convoys once raced away from roadside bomb attacks, soldiers now drill in scenarios where everyone is expected to be ready for coordinated firing and maneuvering as part of a convoy gunnery live fire program preparing soldiers and crews for transport operations.

To stay ahead of the enemy, tactics keep evolving. Training not only includes different flavors of insurgents, foreign and domestic, but also mayors changing allegiances and taking their villages with them, Ryan said.

&#8220;The only realistic training (inexperienced soldiers) can get is the real thing,&#8221; Lease said.

An effective soldier is more like a New York cop who completely understands his Bronx neighborhood, but is flexible enough to work Queens, and can even deal with Los Angeles if he has to, Ryan said.

In Counter-Insurgency Operations, or COIN, at Hohenfels, conventional maneuvering blends in with scenarios in which soldiers convert good vibes from &#8220;villagers&#8221; into support when they behave properly, or hostility when their judgment fails them.

Observers chart the progress, or lack thereof, with a tricolor chart, red on the left, yellow in the middle and green on the right.

The amazing thing is that most insights into dealing with the counterinsurgency flows up from troops in the field, not down from big brains at war colleges or think tanks.

To some degree, young soldiers on their first deployment are looking to combat veterans such as Clelland and Jackson.

But in the cool stories comes hard-learned combat wisdom &#8220;from keeping your 240 (machine gun) clean to repairing track,&#8221; Cook said.