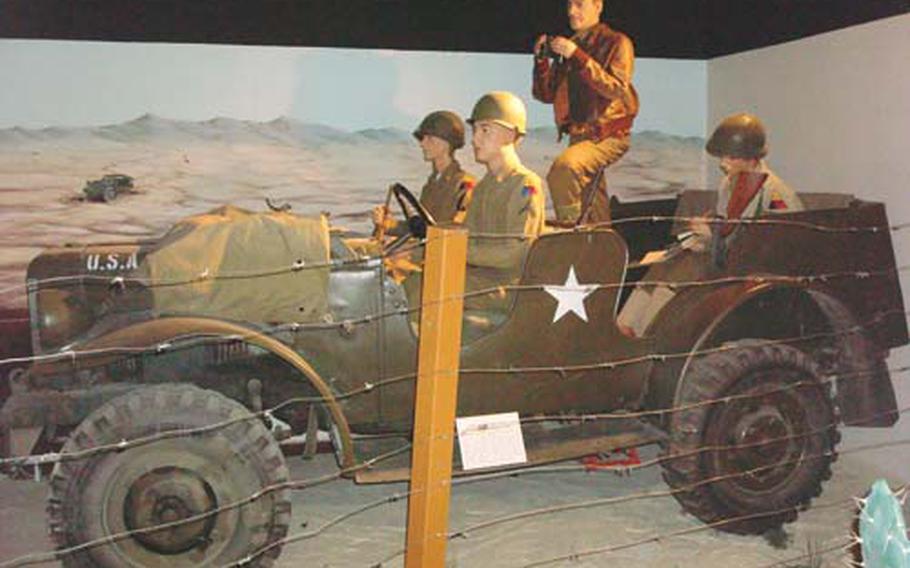 The 1st Armored Division museum in Baumholder, Germany, where these figures were displayed, closed its doors last week in preparation for a move to Fort Bliss, Texas. The division’s headquarters is scheduled to move by summer 2011. (Photos courtesy of U.S. Army)

WIESBADEN, Germany &#8212; The 1st Armored Division&#8217;s "Old Ironsides" museum staff is preparing to move the facility&#8217;s treasures to the state where it first opened its doors.

The museum was established at Fort Hood, Texas, in 1963 and from there followed the division to Germany, where it shuffled locations several times before settling in Baumholder in the early 1990s.

The Army plans to move the 1st AD headquarters to Fort Bliss, Texas, by summer 2011, the division&#8217;s commander, Maj. Gen. Terry A. Wolff, said last week. The museum is slated to be moved by this fall.

"We are still working out the time line for shipping the artifacts to Fort Bliss," said Nicole M. Suarez, curator of the museum. "Basically, we want everything out of here by October."

Peter Poessiger, director of Fort Bliss museums, said final plans for the 1st AD museum there are still being worked out, but he envisions a 150,000-square-foot outdoor tank park, where about 40 tanks will be displayed, and 50,000 square feet of indoor space devoted to "Old Ironsides" artifacts and history.

In May, the ADA school began the move from Fort Bliss to Fort Sill, Okla. The ADA museum is scheduled to follow in 2012.