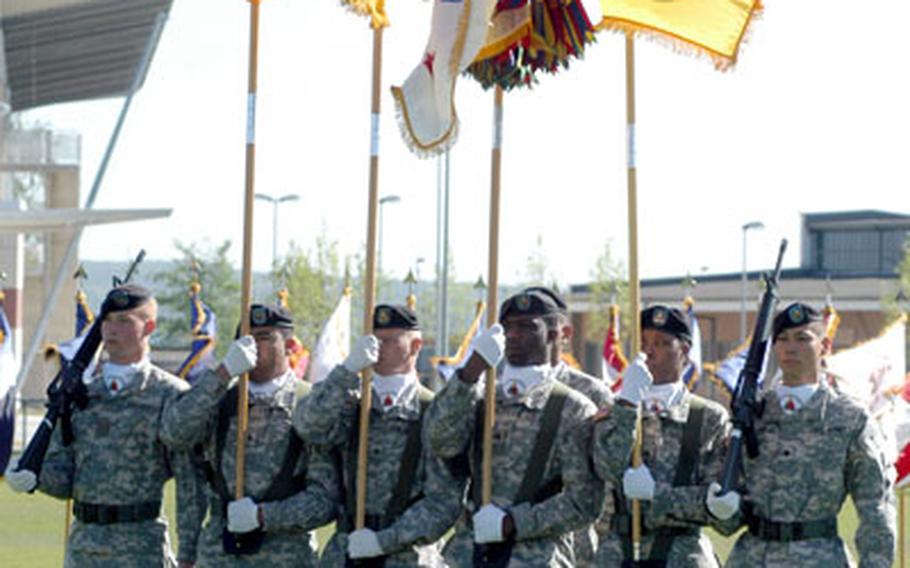 The color guard stands at attention during a ceremony Wednesday to dedicate a new 1st Armored Division memorial to Germany-based combat troops killed in Iraq between 2005 and 2008. (Matt Millham / S&S)

The color guard stands at attention during a ceremony Wednesday to dedicate a new 1st Armored Division memorial to Germany-based combat troops killed in Iraq between 2005 and 2008. (Matt Millham / S&S) 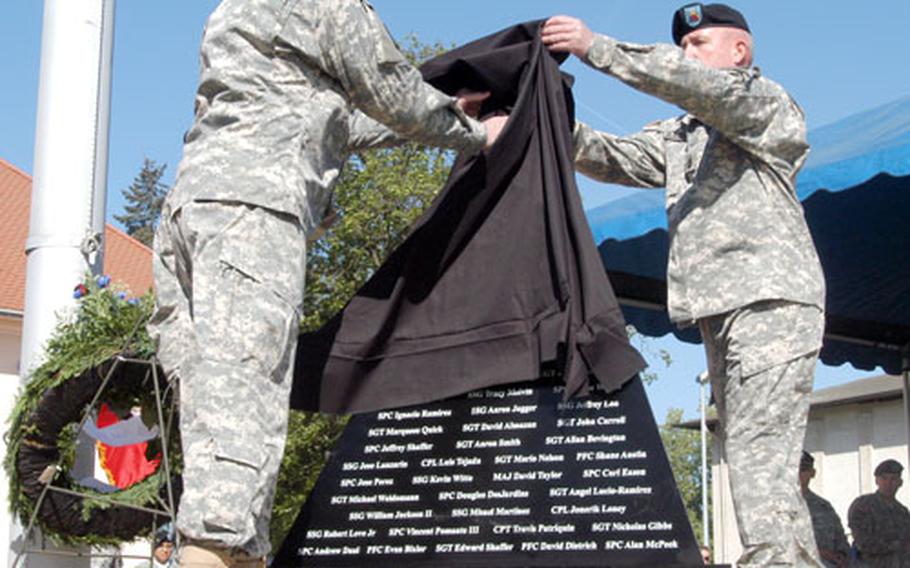 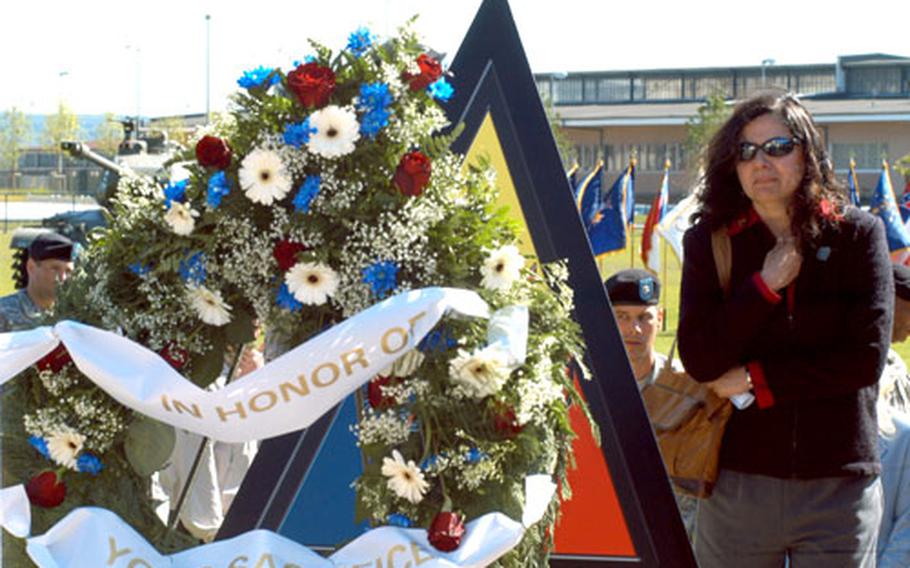 Lynda MacFarland, wife of Col. Sean B. MacFarland, commander of the 1st Brigade, 1st Armored Division, pauses in front of a replica of a new memorial dedicated Wednesday to the memory of Germany-based 1st Armored and 1st Infantry Division soldiers killed in Iraq between 2006 and 2008. (Matt Millham / S&S)

More than 2&#189; years ago, the 1st Armored Division dedicated its first Iraq war memorial, bearing the names of some 130 of the division&#8217;s soldiers killed in the war&#8217;s first 15 months of fighting.

Maj. Gen. Fred D. Robinson Jr., commander of the 1st Armored Division, dedicated a second memorial here Wednesday. When it is finished, the black granite pyramid will rest alongside the first.

It&#8217;s not likely to be done until late summer at the earliest &#8212; that&#8217;s the soonest the 2nd Brigade, 1st Infantry Division, is expected to return from its Iraq tour. With its headquarters back in the U.S., the Germany-based brigade has been adopted as part of the 1st AD family.

There are 89 names waiting to be engraved on the new stone. Those names, Robinson said, remind us of what we must do to keep our country free, and the soldiers they represent deserve the nation&#8217;s gratitude, respect and debt.

&#8220;But more importantly, their sacrifices made clear that we are now the torch bearers of freedom for the world,&#8221; Robinson said. He asked that everyone make a solid commitment to remember the valor, service and ultimate sacrifice the fallen soldiers made for their nation.

That&#8217;s not a tall order for many of those who attended the ceremony, including many 1st Armored Division soldiers who fought alongside the men whose names will soon be carved in stone.

Melvin, a squad leader, had Army in his veins since childhood, when he started collecting military history books.