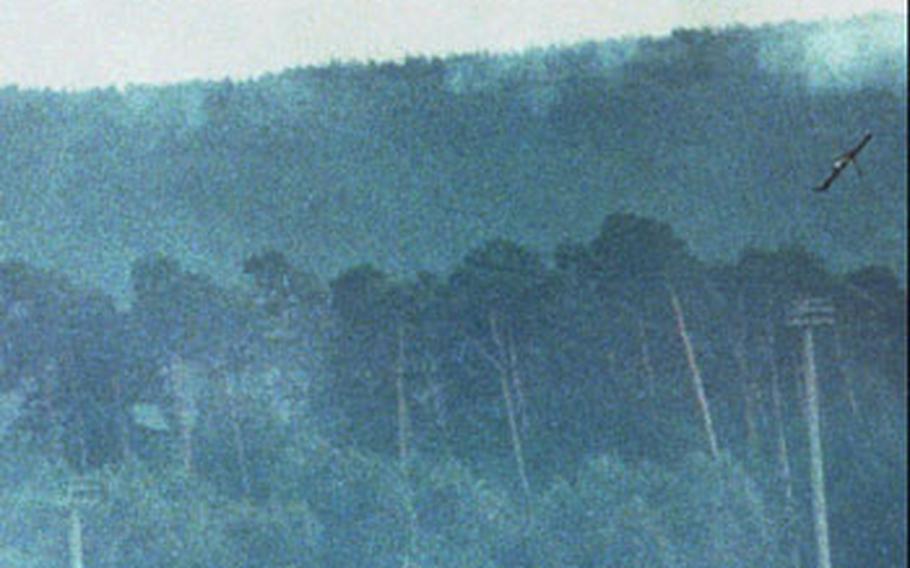 An Italian jet plows into the crowd after a collision at an air show in Ramstein Air Base, Germany, on Aug. 28, 1988. (The Associated Press)

An Italian jet plows into the crowd after a collision at an air show in Ramstein Air Base, Germany, on Aug. 28, 1988. (The Associated Press) 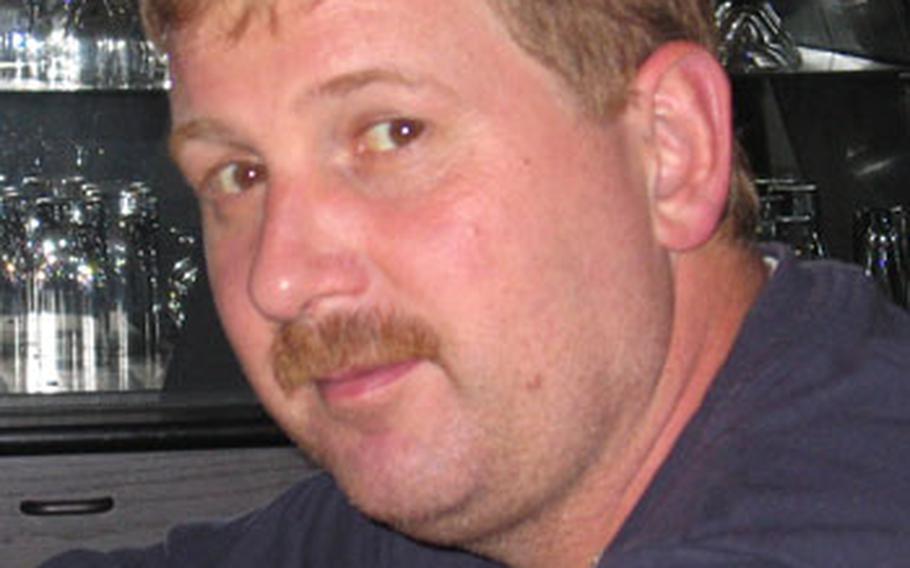 As the 10 Italian air force jets zoomed past the throng below, the man at the microphone began talking up the aerobatic team’s final maneuver of the day, a breathtaking aerial stunt known as the pierced heart.

The formation, the announcer said, is "to show our love and appreciation for all of you," recalled Willard Price, who was at Ramstein Air Base for the 1988 event, also known as "Flugtag."

It was late afternoon on a cloudy, hot August day and many of the 300,000 people at the annual air show in Germany remained to watch the stunning climax.

And the ending was unforgettable, though not the way everyone envisioned.

Three aircraft of the famed precision-flying team Frecce Tricolori collided during the aerial maneuver. All three planes crashed. One of the Aermacchi MB 339As cartwheeled into the crowd, unleashing a hellish fireball that killed 67 bystanders and injured more than 500 others.

The three Italian pilots also perished in the disaster.

"No one should die this way, not even your greatest enemy," Thomas Wenzel, who lost his fiancee in the crash, recalled Monday. "From one second to the next, my whole life changed. You never get over it, but you learned how to live with it."

On Thursday, survivors and relatives of those who perished will partake in a couple of ceremonies to mark the 20th anniversary of one of the world’s worst air show accidents. The dead included 60 Germans, four Americans, and three people from Britain, Denmark and France.

One of the ceremonies is scheduled for 2:30 p.m. at a public memorial located down the street from Ramstein’s west gate. Another memorial service is planned for 4:15 p.m. at the North Side Chapel on Ramstein. A couple of other ceremonies are private.

The tragedy, attributed to pilot error, led to the suspension of all air shows in Germany. When the ban was lifted a few years later, the relaxation did not apply to military aerobatics. Today, the German Ministry of Defense only permits, by regulation, military aerial displays "limited to the daily routine flying operations."

"Nothing has happened since," said Wolfgang Hofmann, a spokesman for U.S. Air Forces in Europe. "At Ramstein, we’ve never done [aerobatic] flying again."

That suits Hartmut and Sybille Jatzko just fine. The German couple leads a survivors’ support group, formed shortly after the disaster. It still meets about twice a year, though Sybille Jatzko, a psychotherapist, has broached the issue of disbanding the group.

The participants "are not always talking about it," Sybille Jatzko said of the tragedy. "It isn’t the therapy group it was in the beginning. It is more of a destiny community, a group with shared experiences."

Wenzel battled guilt and depression for years. His fiancee was near him when the soloist’s jet careened into the crowd, but in the chaos that ensued they were separated and she sustained a fatal head wound from flying debris, and then was engulfed by the inferno that followed.

Physically, Wenzel escaped relatively unscathed. But he suffered from recurring nightmares, withdrew from people and thought of suicide. Wenzel credits the support group with helping him realize he was not alone in his pain.

Eight years later, he married, and today he and his wife have a 6-year-old son.

"Time is ticking away," Wenzel said. "Life goes on. You can’t stop it."

Price, a former soldier, had been a regular at the annual air show. He even had a favorite spot, next to a trash can by a tower located near the model airplane display.

When he walked to his customary spot on the morning of Sunday Aug. 28, 1988, Price wore a long-sleeved shirt and pants. Now 56, he later thought of walking to his car to retrieve some shorts, but didn’t want to lose his spot.

That decision to stay put probably saved his life, he reasons, because other people near him in lighter attire either died or incurred critical burns. Price lost his moustache, ruined a video camera and suffered second-degree burns.

"I was happy to still have my life," Price said. "I was in the middle of a giant fireball. The flames were so hot, you couldn’t believe it."

Perhaps the most amazing and heartwarming story to come out of the tragedy was that their spouses — Deborah Hull and Sgt. Myron Riggs — met as a result of the accident and, in time, fell in love and moved to a farm in western Nebraska, where they now live with two children they adopted a decade ago.

"We are happy," Deborah said in a telephone interview last week. "We’re in a good place with lots and lots of friends."

Myron Riggs nearly died in the catastrophe. To this day, he still needs to mind his old burn wounds and restrict his exposure to direct sunlight.

They say they think of their late spouses periodically during the year, but that their daily grieving has dissipated.

"Life does move on," Deborah said, "but you never stop loving them because they died. They’re still as real as they were."