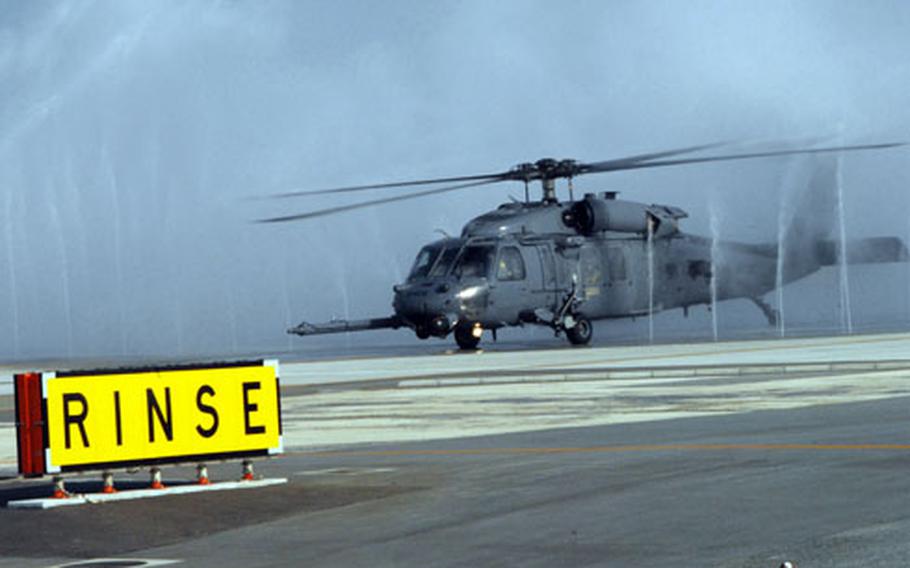 An HH-60 Pave Hawk runs through a "bird bath" Monday to prevent saltwater corrosion after an air refueling mission off the coast of Okinawa during exercise Cope Angel. Cope Angel is a joint rescue exercise between members of the U.S. Air Force, U.S. Marine Corps and the Japanese Air Sel-Defense Force. The units practiced responding to mass-casualty situations and aircraft recovery, officials said. (Chrissy Best/Courtesy of the U.S. Air Force)

Airmen from the wing&#8217;s 31st and 33rd rescue squadrons, along with Marine Aerial Refueler Transport Squadron 152 from Marine Corps Air Station Futenma, participated in the training.

"Our combat search and rescue teams need to train constantly to stay ready to respond to any situation, whether rescuing a downed pilot or providing humanitarian assistance during a natural disaster," Banks said in an e-mail to Stars and Stripes.