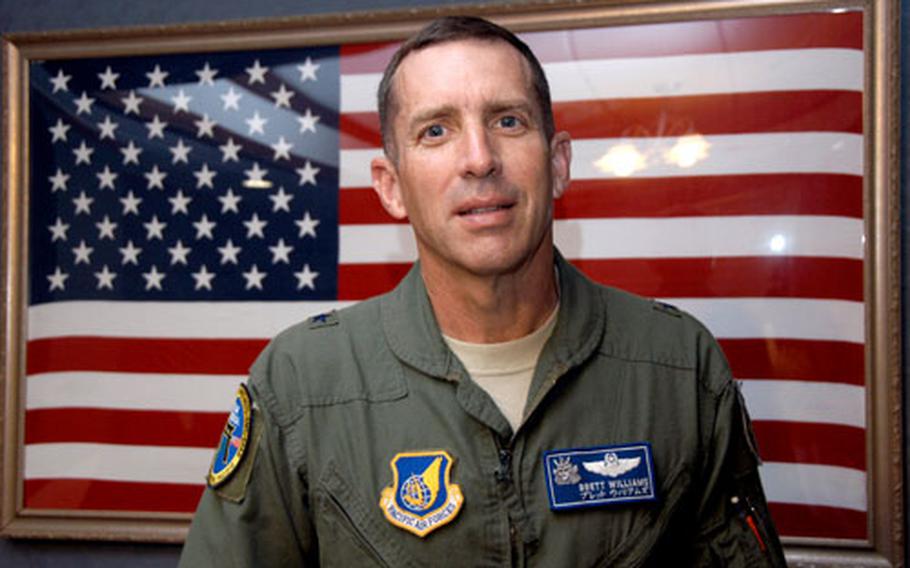 KADENA AIR BASE, Okinawa &#8212; Brig. Gen. Brett T. Williams, 18th Wing commander, said the recent shake-up of top Air Force officials following a blunder over nuclear weapons is a loss to the force, but a lesson for Kadena airmen about accountability and responsibility.

"No matter where you are in the Air Force &#8212; in retirement or a junior airman &#8212; the resignation of senior airmen will have an effect on what you do," Williams said. "This is already a difficult time for the Air Force. We, like other services, don&#8217;t have all we need to fight the war on terror."

Williams said Gates&#8217; decision, however, sent a clear message to airmen about properly fulfilling their duties and how the actions of a few can significantly impact leadership.

Days after the firings, Williams met with more than 6,000 servicemembers and civilians who work on Kadena Air Base.

Williams, who took command in 2007, said he stressed during the meetings that the 18th Wing must strive to do its mission better.

Part of that, Williams said, was more emphasis on operational readiness and family involvement.

Williams said in the last year, the wing had made significant strides in combat operations performance and had recently received an "excellent" rating from the Pacific Air Force Inspector General.

The wing received another "excellent" rating for its ability to evacuate dependents off-base quickly under the Okinawa Area Emergency Evacuation Plan.

Spousal involvement has also increased thanks to programs like a one-day workshop offered by the First-Term Airmen Center and hosted by Williams&#8217; wife, Marianne, that introduces spouses to Kadena&#8217;s services and elaborates on how the Air Force works.

Williams said moving forward, the wing must continue to improve its capabilities in aircraft maintenance and to launch aircraft quickly and efficiently.

"We must not lose our operational edge," he said.

Regarding the controversial ousting of Moseley and Wynne, Williams urged airmen to be open-minded.

"I accept Defense Secretary Gates&#8217; directives to us to remain open to criticism and critique. I know he&#8217;s exactly right," Williams said.

"You have to encourage an outside look. You would be arrogant to think that you know everything going on in your organization. I encourage people not to get defensive about it," he said.