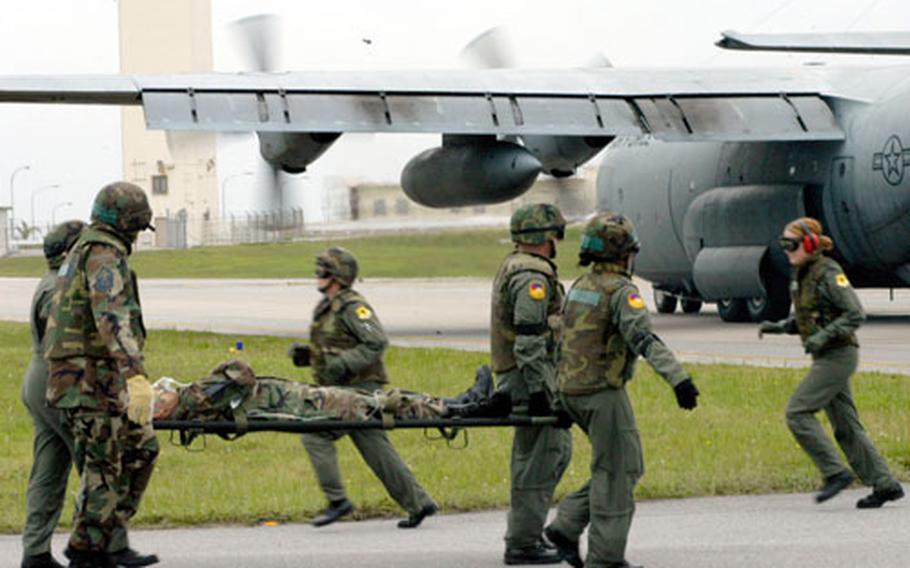 During an exercise Thursday, teams of medical personnel from Kadena Air Base loaded "patients" on stretchers and carried them onto a C-130 cargo aircraft at Kadena Air Base for transport. (Mark Rankin / S&S)

During an exercise Thursday, teams of medical personnel from Kadena Air Base loaded "patients" on stretchers and carried them onto a C-130 cargo aircraft at Kadena Air Base for transport. (Mark Rankin / S&S) 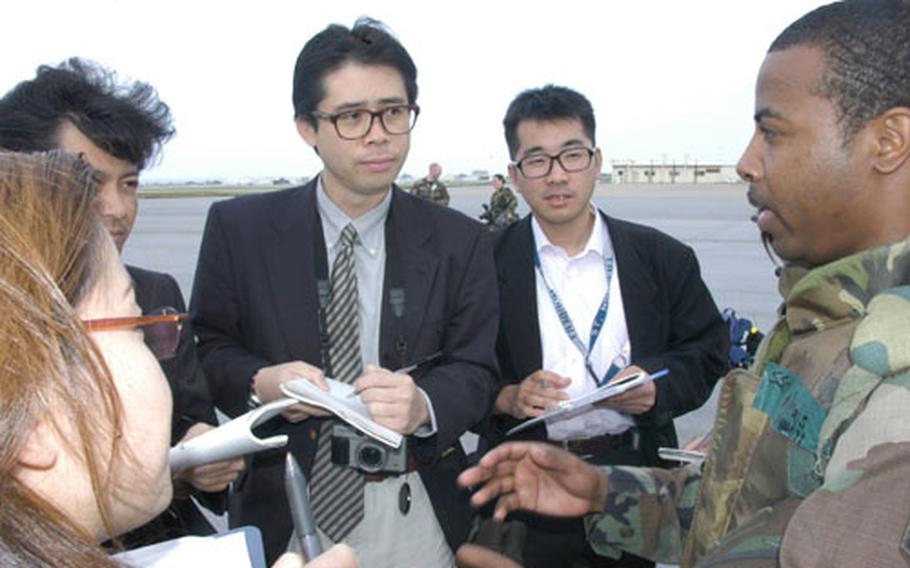 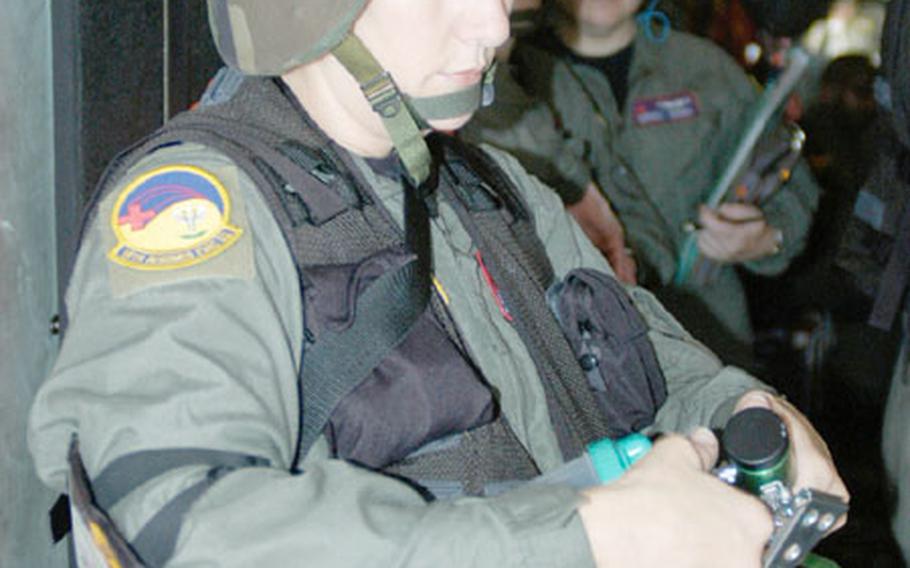 The caller shouts, &#8220;No count of casualties but the injured will have to be stabilized and transported!&#8221;

Although this call was part of an exercise, servicemembers know that for colleagues elsewhere, it could be an almost daily reality &#8212; which added a certain urgency as personnel from Kadena&#8217;s 18th Aeromedical Evacuation Squadron practiced giving proper emergency medical care to those with an array of simulated injuries.

As the crew of a waiting C-130 transport cargo aircraft began scanning checklists and preparing hoses, medical pumps and oxygen machines, Staff Sgt. Tremayne Neals, an 18th AES medical technician, said, &#8220;People depend on us. Before the plane flies, all medical equipment must be properly checked.

Neals said the crew uses checklists to determine equipment and medical supplies needed for specialized flights on a case-by-case basis.

The squadron bases its training exercises on real-life situations &#8220;because it seems to keep our medical skills sharp,&#8221; Neals said.

Maj. Joyce Hale, a flight nurse with the 18th AES, explained that medics must consistently sharpen their skills, which allow for the quick mobilizations that can save lives.

The unit&#8217;s job is to care for patients while they&#8217;re being transported for medical services, Hale said.

&#8220;This training allows everyone to practice a variety of areas of expertise and move as one unit,&#8221; she said.