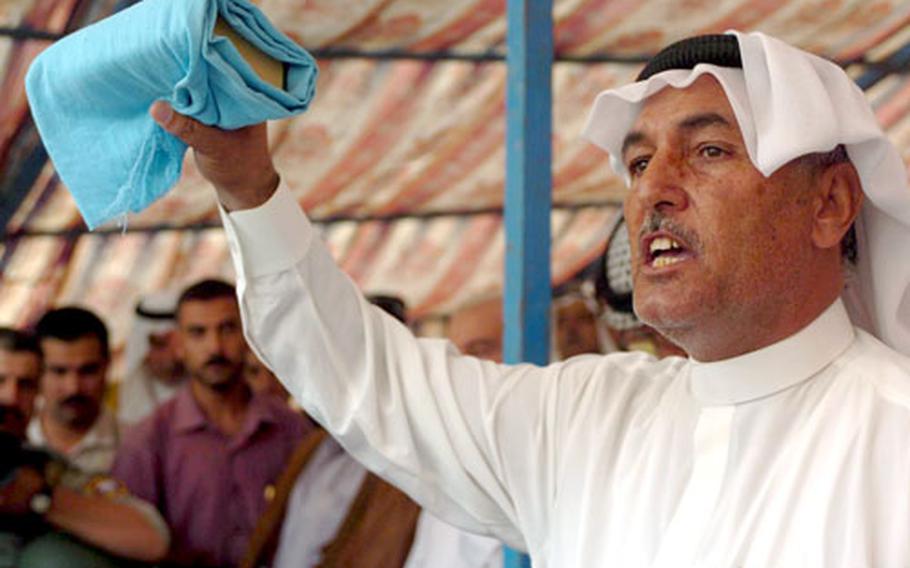 Seeking to continue a trend seen in several areas of Iraq, U.S. military officials have brokered a &#8220;peace agreement&#8221; between some 18 tribal and local leaders in volatile Diyala province.

The effort centered on the city of Khalis, near Baqouba, where U.S. and Iraqi troops are conducting an ongoing house-to-house sweep of the city.

Earlier this week, around 75 sheiks and local leaders met at the Iraqi Army Headquarters in Khalis to air long-standing grievances with each other, suggest security improvements and pledge to work against al-Qaida in Iraq and other insurgent groups.

As has been the case in other areas, many local residents have chafed at the continuing violence sponsored by the insurgents and the hard-line Islamic law imposed in some areas.

In Baqouba, in particular, residents were shocked when local militant groups tried to enforce a no-smoking law.

The agreement signed by some of those who attended the meeting pledged that the tribes would cooperate with Iraqi security forces; stop kidnappings and murders; dissolve local militias; and use the local government to solve intertribal disputes.

Though there is no way to tell how long the truce would be effective, it appears to be good news for a town recently hit by insurgent attacks.

In early July, a car bomb exploded in town, killing and wounding as many as 40 civilians who were reportedly attending services for people killed in a previous attack.

Residents have reported only about one hour of power per day, and city services have been slow to recover since the war began.