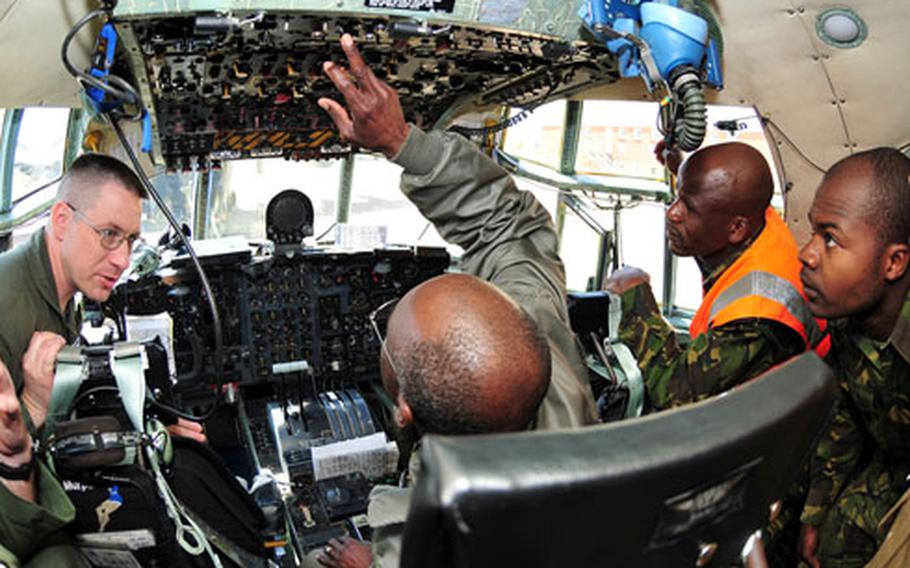 RAMSTEIN AIR BASE, Germany &#8212; A new unit is taking U.S. military air operations in Africa under its wing.

"We&#8217;re already there. We&#8217;re already doing these things," he said, pointing to a paper illustrating hundreds of U.S. military flight arrivals on the continent since January 2003. "All we&#8217;re doing is putting it under one house so we can focus our efforts."

And it&#8217;s doing so without any permanently assigned aircraft to call its own.

"It is unique," Ladnier said of the unit&#8217;s wingless organizational structure. "We have pilots &#8230; navigators and loadmasters, but they&#8217;re on staff in desk jobs.

But 17th Air Force will still have aircraft at its disposal from other units. Two C-130s arrived this week with aircrews and maintainers from Dyess Air Base, Texas, for a temporary deployment, swapping out with a pair of Hercules aircraft from Little Rock, Ark.

While at Ramstein, the aircraft and crews fall under the newly formed 404th Air Expeditionary Group and its subordinate 42nd Expeditionary Airlift Squadron.

Recent missions include delivering a C-130 engine to Ethiopia and showing maintainers there how to perform an engine change and teaching night-vision goggle tactics.

rd promoting air safety and security on a continent where the rate of air accidents is high.

However, he said, "We don&#8217;t know what their greatest needs are yet. We&#8217;re still asking them what they need. I think every country is different."