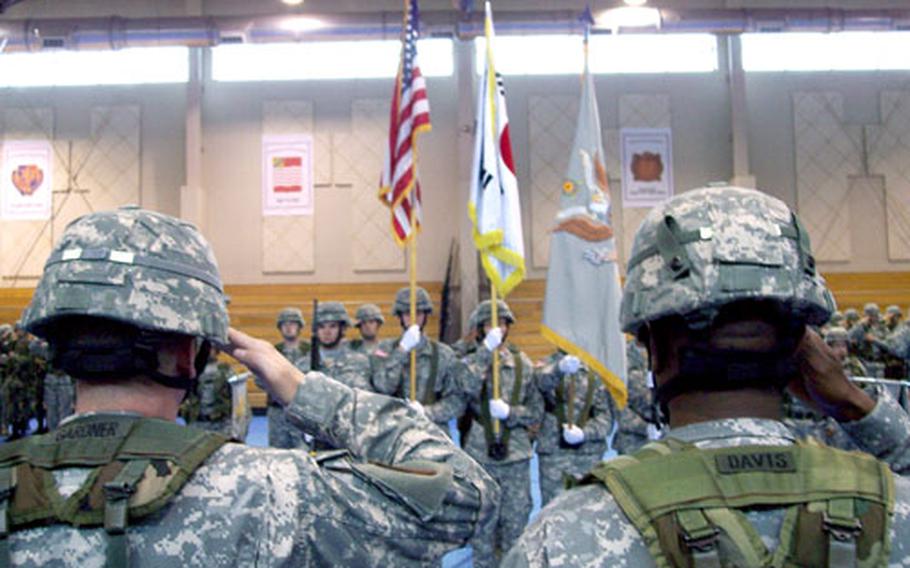 CAMP CASEY, South Korea &#8212; The 177th Finance Battalion officially closed up shop Wednesday as part of the Army&#8217;s plan to convert its finance battalions into finance centers and companies.

But officials stressed that troops will see no change in service as elements of the 177th mesh into Yongsan Garrison&#8217;s 176th Finance Battalion as its Delta detachment.

&#8220;The soldiers of the 177th will continue to be a tremendous asset to the Warrior Division,&#8221; 177th commander Lt. Col Archie Davis III said during the inactivation ceremony.

The new finance command structures will be meshed with the Army&#8217;s Brigade Combat Team concept.

The 177th Finance Battalion was created in 1944 as the 177th Finance Disbursing section and was activated that same year in New Guinea. It was deactivated after World War II but reconstituted for two years in the 1960s at Fort Devens, Mass. It has been active in South Korea for 20 years, reaching battalion status in 1993 after operating as a finance support unit.