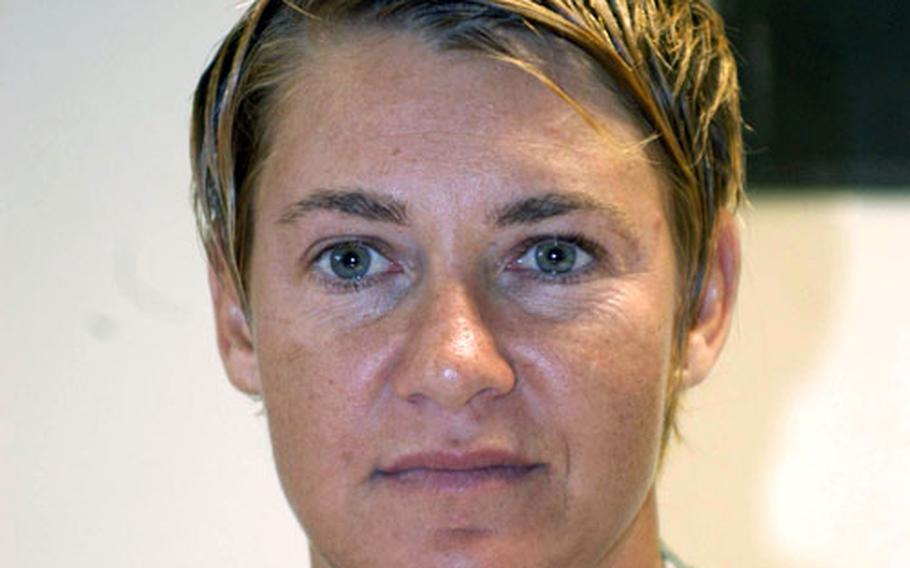 VICENZA, Italy &#8212; Soldiers in the 173rd Airborne Brigade have served in two world wars, Vietnam and more recently, in Iraq and Afghanistan.

But in all that history, none of the unit&#8217;s companies have had a female noncommissioned officer in the senior leadership position.

That changed this summer when 1st Sgt. Nicholette Clara took over the top enlisted spot in the recently formed Company E of the 1st Battalion, 503rd Infantry Regiment.

Clara, who has been in the military for 16 years, said she doesn&#8217;t expect to perform her job any differently than a male colleague would. She said she&#8217;s been treated with the same respect that anyone else would have in her position &#8212; and she expects that to continue.

She reluctantly acknowledges that she is in a unique situation, though.

&#8220;I do know a lot of people know me or know of me, though I don&#8217;t know who they are yet,&#8221; she said of meeting various soldiers across the brigade. Female first sergeants are still fairly rare in the Army, especially in traditional infantry units such as the 173rd.

Command Sgt. Maj. Jeffery Hof, the battalion&#8217;s top enlisted soldier, said he has high expectations for Clara &#8212; and every other NCO he works with.

He said male soldiers have rapidly grown accustomed to working with their female counterparts since Desert Storm.

Company E is designated to provide support for other companies in the battalion under the Army&#8217;s ongoing transformation of units. Soldiers will work in roles such as transportation and supply.

It&#8217;s that transformation that allowed for Clara to fill the position, because women are still prohibited from serving in infantry roles.

The 173rd is definitely still an airborne infantry unit, but not all soldiers assigned to it will be expected to fill roles that such soldiers stereotypically perform. Of course, that&#8217;s been true in certain career fields for many years, regardless of a soldier&#8217;s gender.

Clara said part of her responsibility is to serve as a role model for younger enlisted soldiers and she said she feels she&#8217;ll have no problem doing so. Only six other females are currently in the company, which has about 90 soldiers and will eventually have about 130.

Clara said the company is trying to build up its strength while training on soldiering skills and providing support for other companies in the battalion while they train.

The brigade is going through a massive influx of new soldiers after returning from a year in Afghanistan in the spring.

Clara has been deployed nine times over the years, including in Iraq, Cuba and Haiti. She said she quickly took to her career after graduating from high school in San Bernardino, Calif.