173rd Airborne Brigade takes to the streets of Kirkuk 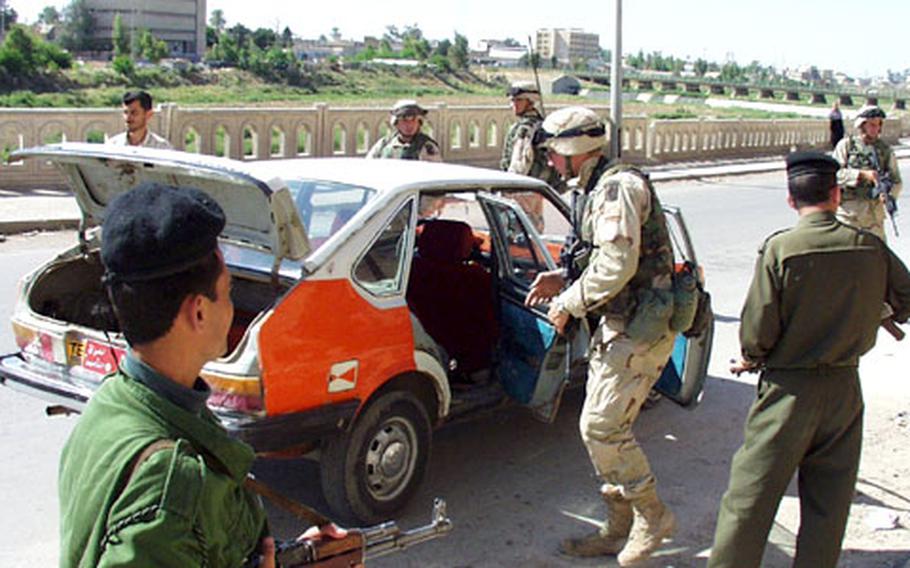 Troops from 2nd Battalion, 503rd Infantry Regiment, out of Vicenza, Italy, and local police officers conduct a spot-traffic stop in Kirkuk, looking for contraband such as weapons and ammunition. (Marni McEntee / S&S)

Troops from 2nd Battalion, 503rd Infantry Regiment, out of Vicenza, Italy, and local police officers conduct a spot-traffic stop in Kirkuk, looking for contraband such as weapons and ammunition. (Marni McEntee / S&S) 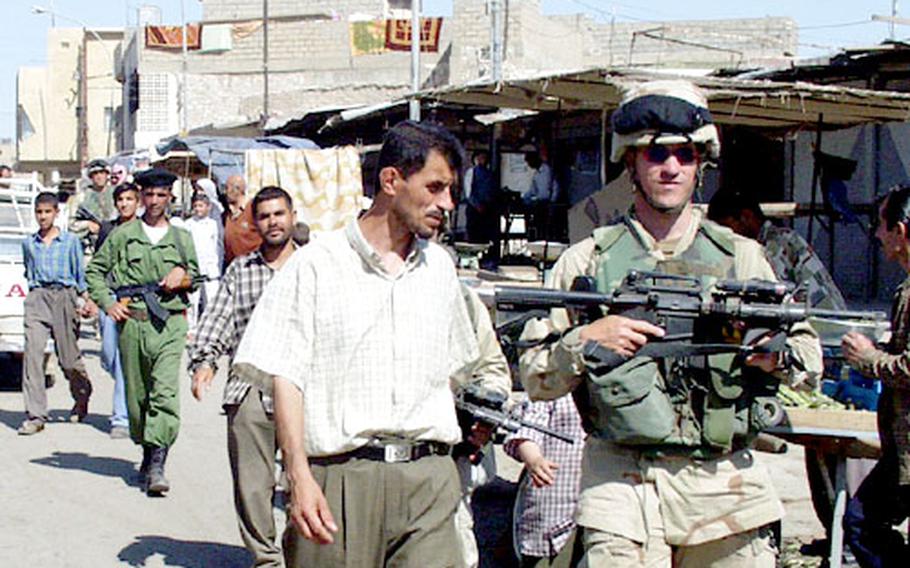 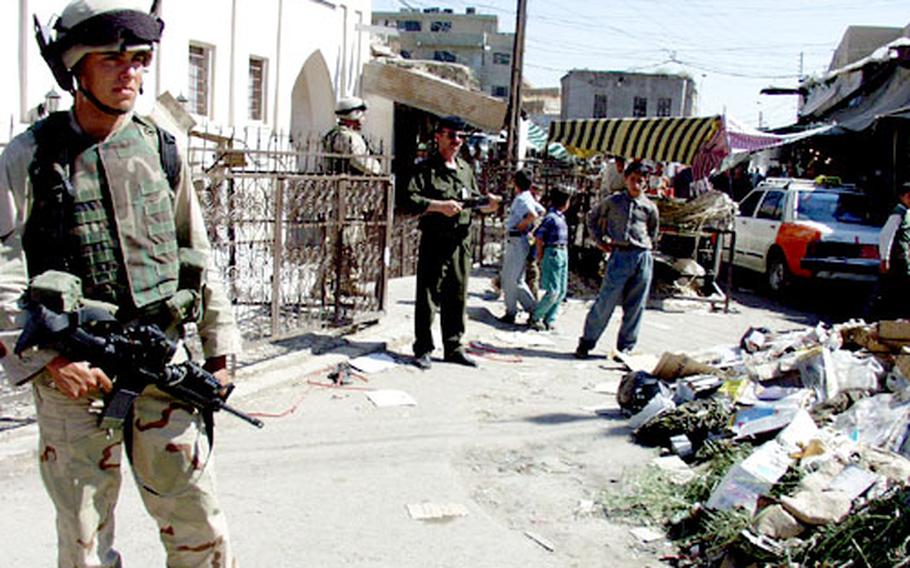 As if in response to the invitation, the Vicenza, Italy-based 173rd Airborne Brigade has literally made itself at home.

Since seizing the massive former Iraqi air base on the west side of town April 10, roughly 1,000 troops attached to the brigade now live in homes among the city&#8217;s 750,000 residents.

From these &#8220;safe houses,&#8221; the troops fan out across the city 24 hours a day, beating the streets in foot patrols, securing banks and hospitals, and clearing schools of weapons and ammunition.

The main threat troops face is terrorism &#8212; that random suicide bomber or gun-toting anti-American resident who could be lurking anywhere in this sprawling, unkempt city.

Cavataio&#8217;s Company C, 2nd Battalion, 503rd Infantry Regiment is responsible for securing the city center, an area of narrow market alleys bounded by wide boulevards that reek of gasoline sold by vendors out of plastic containers.

Inside the market area, troops walk around fly-ridden piles of trash and past putrid stalls where live sheep huddle next to vermin-covered slabs of freshly butchered meat. The smell of gasoline, rotten vegetables and human excrement alternately permeate the air.

On the face of it, residents seem to welcome the troops. Kids cling to the patrolling soldiers, hoping for some money or a treat. One man rushed up to declare how happy he was that the Americans came to free him from Saddam Hussein&#8217;s deadly grasp.

When troops first arrived, people peppered their armored vehicles and Humvees with flowers. But things are not completely rosy in Kirkuk.

The biggest threat to long-term stability are clashes between Kurds and Arabs, whom Saddam forced to move to Kirkuk in his effort to &#8220;Arabize&#8221; the region and force Kurds from their land, Murphy said.

In the past week, battalion troops have reinstated 67 Arab families to their homes, where Kurds have squatted since the war, Murphy said. Other ethnic groups in Kirkuk include Turkmen and Assyrians, who are Christian.

To help quell ethnic tensions, Company C has started joint patrols with local policemen, who come from each of the city&#8217;s ethnic groups. The Kirkuk Interim Police Force one day will take full control of the city, Murphy said.

Rollins, 40, of Camarillo, Calif., said none of his troops had been injured in conflicts with the local people, and troops haven&#8217;t seriously injured anybody in town.

Even as his patrol was leaving the air base last weekend, another one was pulling in with a local man captured after he pulled a gun on troops. Soldiers wrestled the man to the ground and were taking him to the Army&#8217;s detention facility at the air base.

Weapons, ammunition and old unexploded ordnance make the region particularly dangerous, he said. With the help of the Mine Action Group, U.S. troops have destroyed thousands of Iraqi arms.

As the patrol left the market area last weekend to set up a hasty checkpoint to search cars for weapons, Pfc. David Hill, 19, of Las Cruces, N.M., lingered in the rear to keep watch.