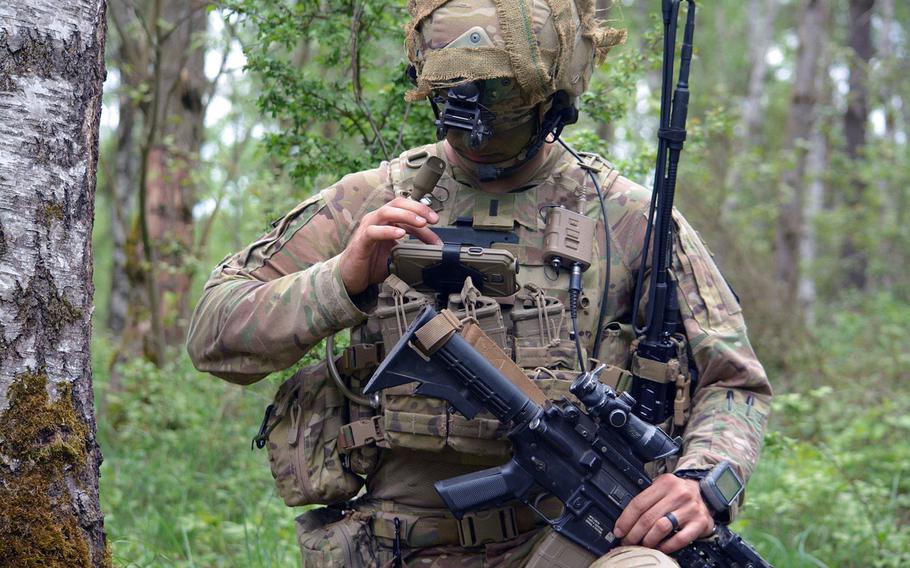 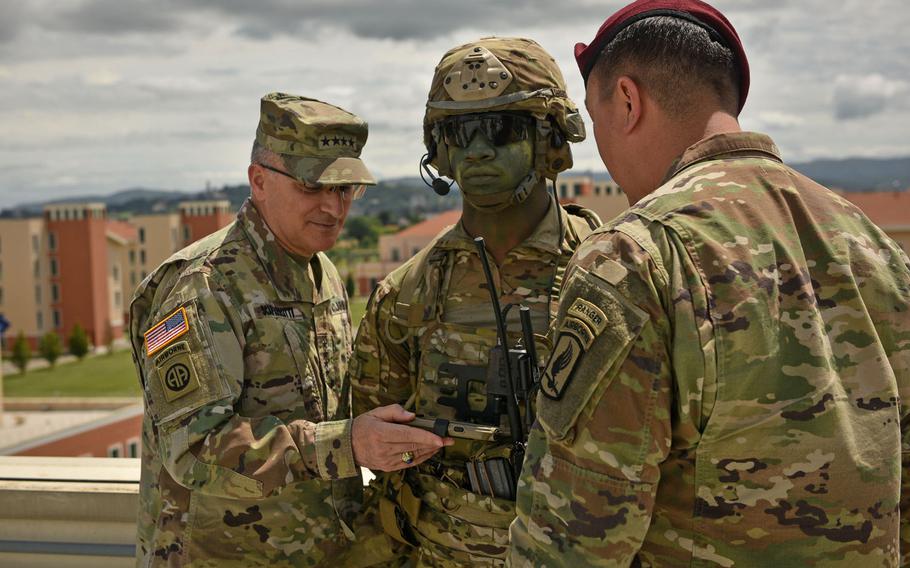 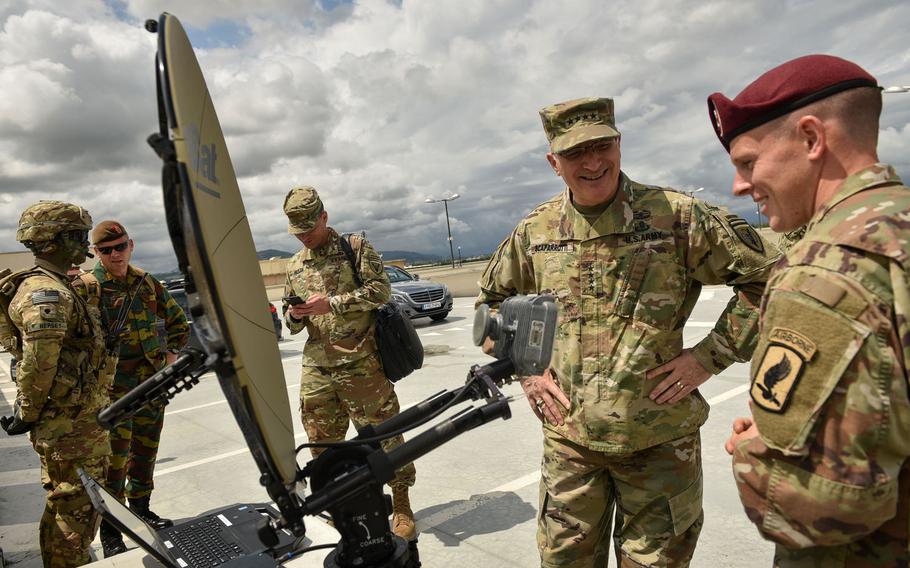 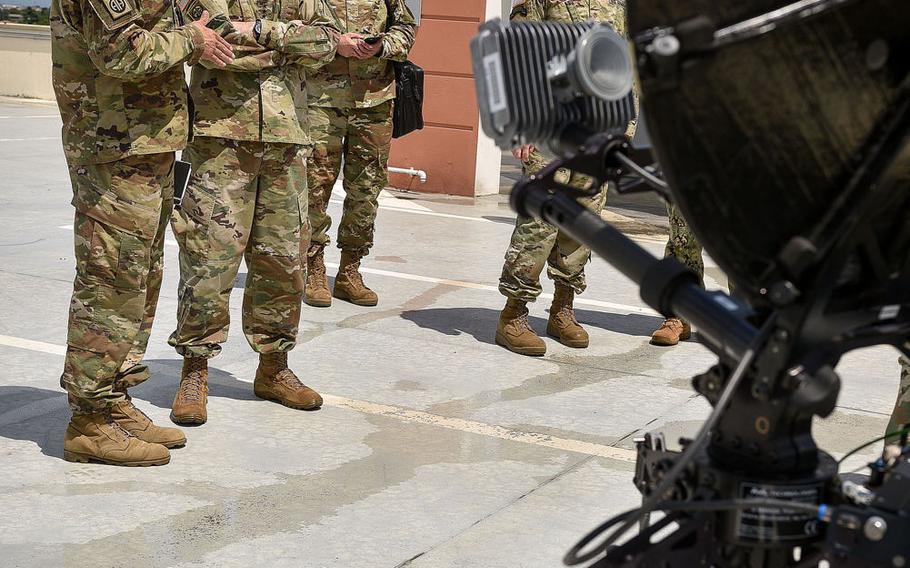 First put to use this spring, the system comprises both civilian and military technologies: smartphones, along with multiband inter/intra team radios that link to a network, and “the entire suite of devices in a modern military operations center,” Bradley said.

The system allows for soldiers at the squad level to share graphics, photos and other battlefield information with one another and with commanders and technical operations centers — giving a clear, comprehensive battlefield picture.

“If you have a recon soldier, they can take a picture of the enemy and allow decisions on the fly” to shift fire, Bradley said. Likewise, friendly fire can more easily be avoided because everyone has a better picture of everyone else.

Platoon leaders, fire support officers and company commanders already have the devices. Squad leaders are expected to get them soon.

“It’s also light, it’s portable and critically, for us, it’s jumpable,” Bradley said. “It recognizes we are in 2018.”

Last year, the brigade — the U.S. Army’s quick-reaction force in Europe and the first American troops to reach the Baltic states after Russia invaded Ukraine in 2014 — determined in a self-assessment that it lacked “essential capabilities needed to accomplish its mission effectively and with decisive speed,” according to Politico, which obtained a copy of the report.

After years of deployments to Afghanistan, the brigade lacked air defense and electronic warfare units, the report said. It relied on satellite communications systems and GPS — both easy to jam and unreliable in the face of a near-peer threat or sophisticated nonstate actor.

“The new system operates under multiple frequencies and on multiple channels,” Bradley said. “It has very robust security.”

Earlier this year the brigade said it was expecting sometime next year to receive new high-performance, four-wheel-drive vehicles based on the Flyer Advanced Light Strike Vehicle. The vehicles can climb hills and ford streams, with a top speed listed at 95 mph to enable speedy exit from a drop zone.