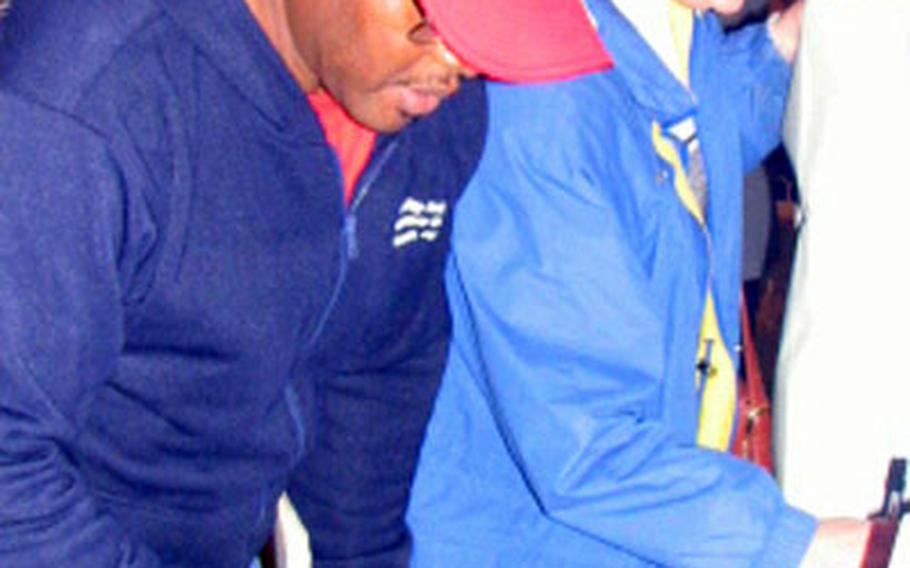 Tony Ruffin, a counselor at Stearley Heights Elementary School, signs up to participate in a study of a diet rich in Okinawa vegetables. (David Allen / S&S) 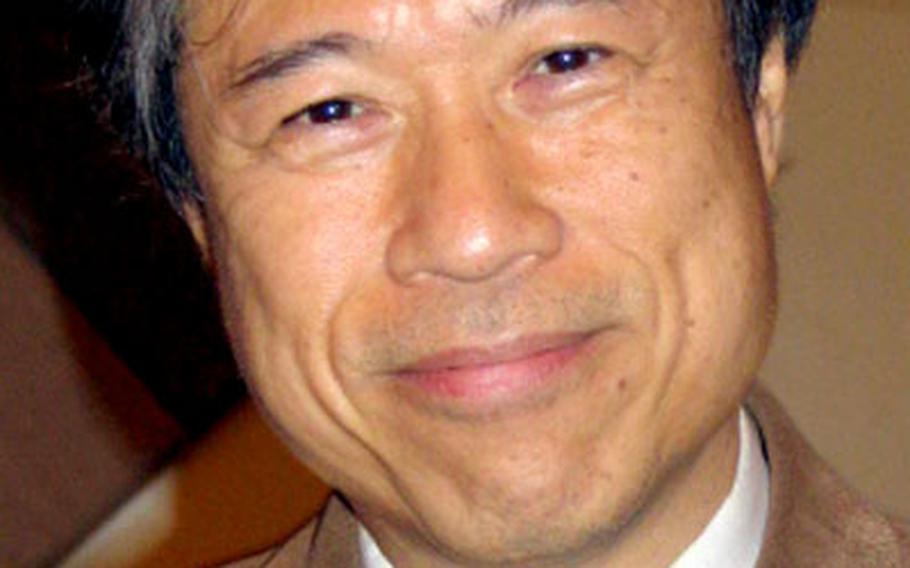 “It has been long believed that eating vegetables contributes to longevity,” says Hidemi Todoriki, associate professor of medicinal environmental ecology at the University of the Ryukyus, Okinawa. He&#39;s co-director of a study involving 150 Americans placed on a vegetable-rich diet. (David Allen / S&S)

CAMP FOSTER, Okinawa &#8212; Mom was right: Vegetables are good for you.

In an effort to find scientific proof, 150 American volunteers have embarked on a 12-week study conducted by the University of the Ryukyus to determine the effects of adding heaping helpings of Okinawa vegetables to their daily diets.

&#8220;It has been long believed that eating vegetables contributes to longevity,&#8221; said Hidemi Todoriki, associate professor of medicinal environmental ecology at the University of the Ryukyus. &#8220;We want to scientifically prove it.&#8221;

It&#8217;s something Dr. Craig Willcox wrote about in his best-selling book, &#8220;The Okinawa Program,&#8221; which examined why more people per capita live to be 100 years old on Okinawa than anywhere else in the world.

Willcox, assistant professor of medical anthropology and gerontology at the Okinawa Prefectural University College of Nursing, wrote the book with his brother, Bradley, a geriatrics fellow in the Harvard Medical School Division on Aging, and Dr. Makoto Suzuki, a cardiologist and chairman of the gerontology department at Okinawa International University. The book examined how a low-fat diet, exercise and a low-stress lifestyle can add years to a lifespan.

&#8220;One of the major purposes of the study is to recover the healthy longevity Okinawa has enjoyed,&#8221; he said. &#8220;Older Okinawans eat probably three or four times more of vegetables than that of the younger generations.&#8221;

The research, called Chample Study III, is the third phase of a multiyear dietary study. Chample, or stir-fried vegetables, is called the national dish of Okinawa. The recipe varies, but the basic ingredients usually include soybeans, tofu and goya, a bitter gourd.

This study examines the effect of the diet on people from outside Okinawa.

&#8220;It&#8217;s a great community relations project for us,&#8221; Rosen said as she checked bags filled with blood pressure monitors, books and other material that were given to each volunteer. &#8220;I&#8217;m the point of contact for the Americans, who were so enthusiastic about participating that some even canceled their vacation plans.&#8221;

All of the volunteers are between 40 and 69 years old.

After two weeks of eating their regular meals and having their blood and urine checked, half of the American volunteers will receive a bento (a boxed meal) of Okinawan vegetables to include with their regular diet during the week and will drink a special goya juice on the weekends.

That will last a month, during which the other half will continue to follow their normal diets. Then the groups will switch for the last four weeks.

Co-researcher Yusuke Ohya, associate professor of cardiovascular medicine at the University of the Ryukyus, said Okinawan vegetables are a great source of dietary fiber and potassium.

&#8220;Okinawan vegetables are rich in vitamin C and polyphenol, which have antioxidant functions,&#8221; he said.

&#8220;Unlike experiments on Okinawans who have already been eating Okinawan vegetables, we expect a marked difference (with the Americans) because of the change in their diet from regular western food to Okinawa dishes,&#8221; he said.

Todoriki said the researchers tried to make the Okinawan dishes easy for Americans to eat.

Tony Ruffin, a counselor at Stearley Heights Elementary School, said he&#8217;s ready to commit himself to the experiment.