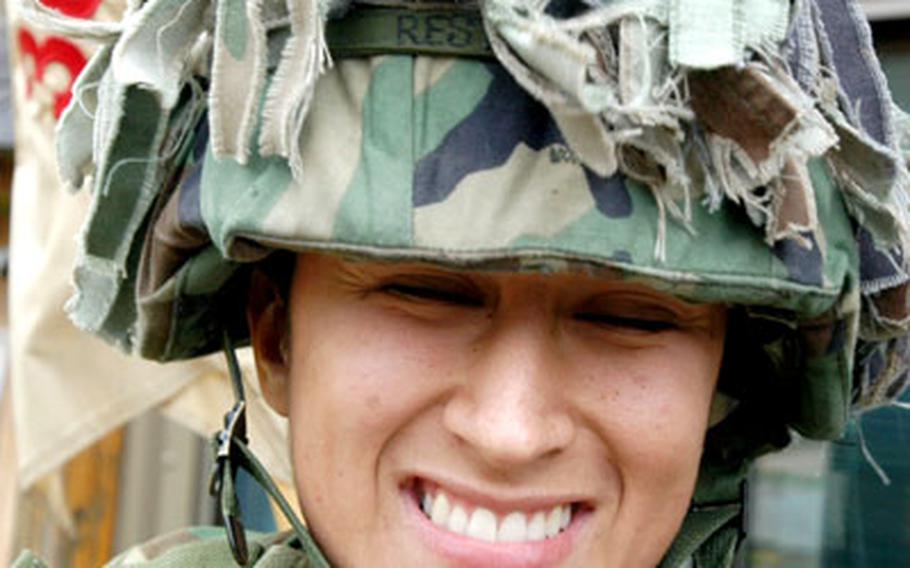 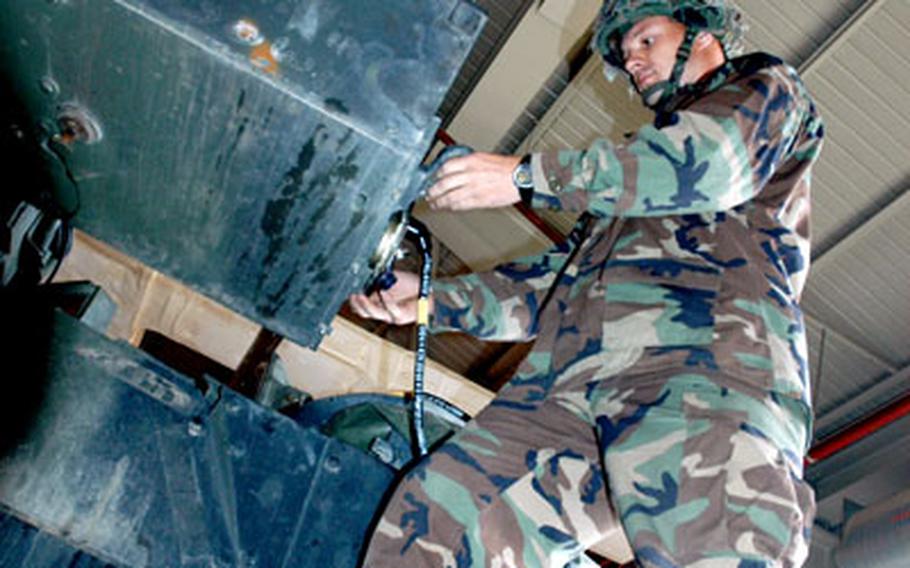 The Manchus were an all-male institution since females cannot serve with infantry units.

Company E soldiers have added &#8220;Manchu hair&#8221; &#8212; strips of camouflage material &#8212; to their helmets and blended in with regular Manchus training at Rodriguez Range last week.

&#8220;The 302nd soldiers are indistinguishable from the 2-9 soldiers. The only way you can tell them apart is the bumper numbers on their vehicles,&#8221; said 2-9 executive officer Maj. Tony Fritchle, 38, of Atlanta.

Infantry soldiers have &#8220;a whole different picture of the situation,&#8221; said Restrepo, who drives trucks in support of 2-9.

Company E commander, Capt. John Ruths, 39, of Colorado Springs, Colo., said his unit remained under command of the 302nd but is very close to 2-9.

The Company E soldiers walk the Manchu Mile, a 25-mile road march, alongside 2-9 soldiers instead of separately, like other units that compete in the event, Ruths said, proudly displaying the Manchu belt buckle he earned for completing the event.

Company E&#8217;s closeness to 2-9 is enhanced by the fact that most of the male soldiers serving with the unit used to be part of 2-9&#8217;s Headquarters Headquarters Company, he said.

Company E provides services such as food service support, bulk fuel transport, maintenance and provision of construction and barrier materials and ammunition to 2-9, he said.