14 new taxis on the road at Yongsan 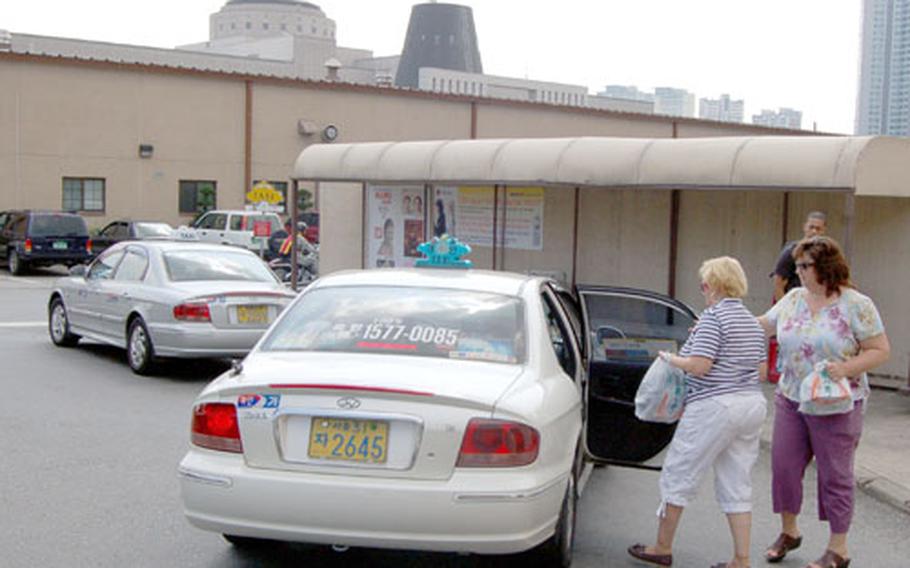 Army and Air Force Exchange Service customers get into a taxi at a taxi stand outside the Yongsan Garrison, South Korea, post exchange on Friday. (Jimmy Norris/S&S)

YONGSAN GARRISON, South Korea &#8212; AAFES officials announced Friday that some long-awaited relief for taxi customers at Yongsan has been delivered.

AAFES announced Aug. 11 that 51 drivers and 28 cars were to be added at Yongsan pending approval of post passes for the drivers. Officials had anticipated an Aug. 20 start date but ran into delays in issuing the passes and decals.

AAFES Yongsan general manager Shawn Dorcy said the remaining 14 applications for decals will be presented for approval Tuesday, with the hope of having the taxis on the road by the end of the week.

Yongsan has been short on taxis since June, when AAFES terminated its primary contract with World Cup Arirang Tourism Co. after a lengthy drivers&#8217; strike.

World Cup took 92 taxis and the garrison&#8217;s only taxi dispatch service with it when it left.

Meanwhile, customers at Yongsan, some of whom say waits for a cab average half an hour at peak times, are remaining patient.

"I give it about a week before they start circulating completely," said Sgt. Mari Tobin, with the 121st Combat Support Hospital.