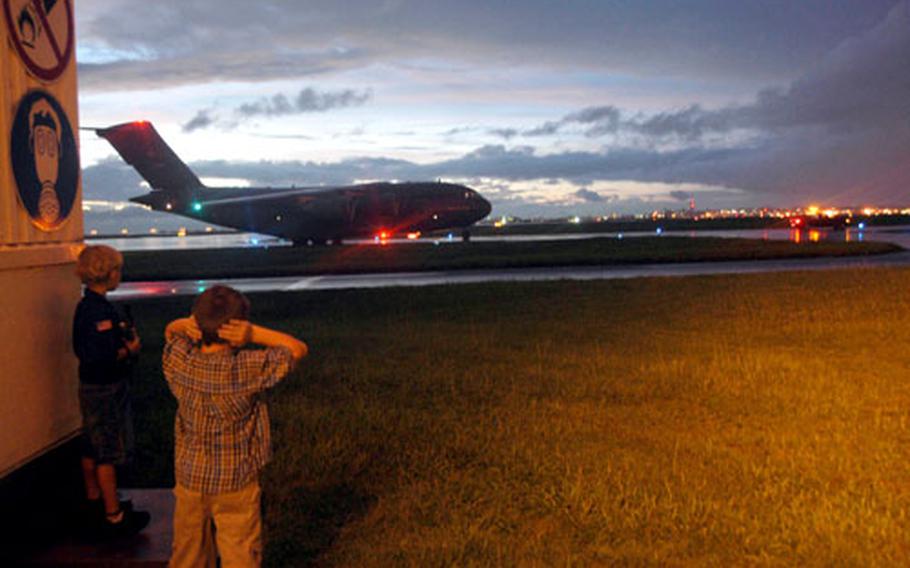 Jack, 7, covers his ears as a C-17 carrying his father taxis by down a runway at Kadena Air Base, Okinawa. On Monday, 14 men from the 31st Rescue Squadron, stationed at Kadena, returned from four months in Iraq. (Will Morris / S&S)

Jack, 7, covers his ears as a C-17 carrying his father taxis by down a runway at Kadena Air Base, Okinawa. On Monday, 14 men from the 31st Rescue Squadron, stationed at Kadena, returned from four months in Iraq. (Will Morris / S&S) 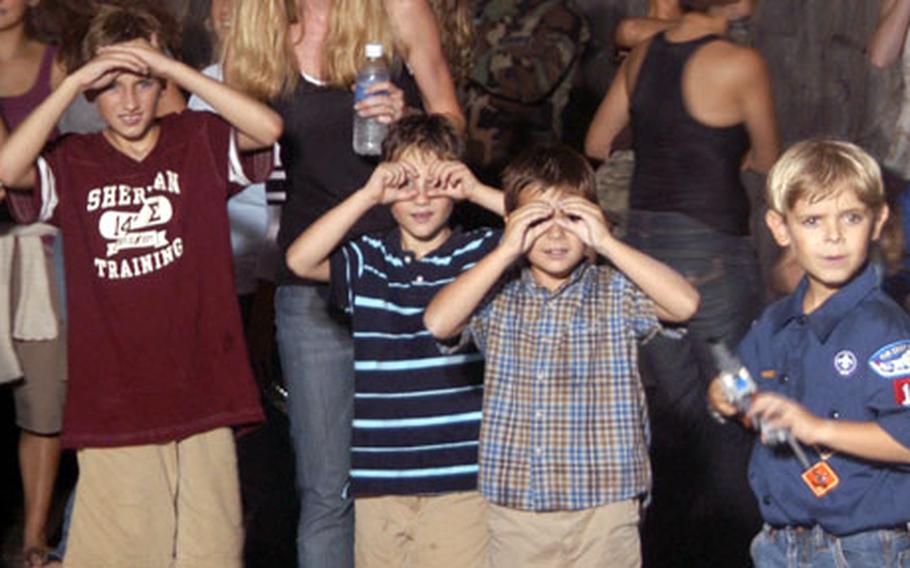 A group of children whose fathers are in the 31st Rescue Squadron, at Kadena Air Base, Okinawa, wave flags as they await their dads’ arrival. (Will Morris / S&S) 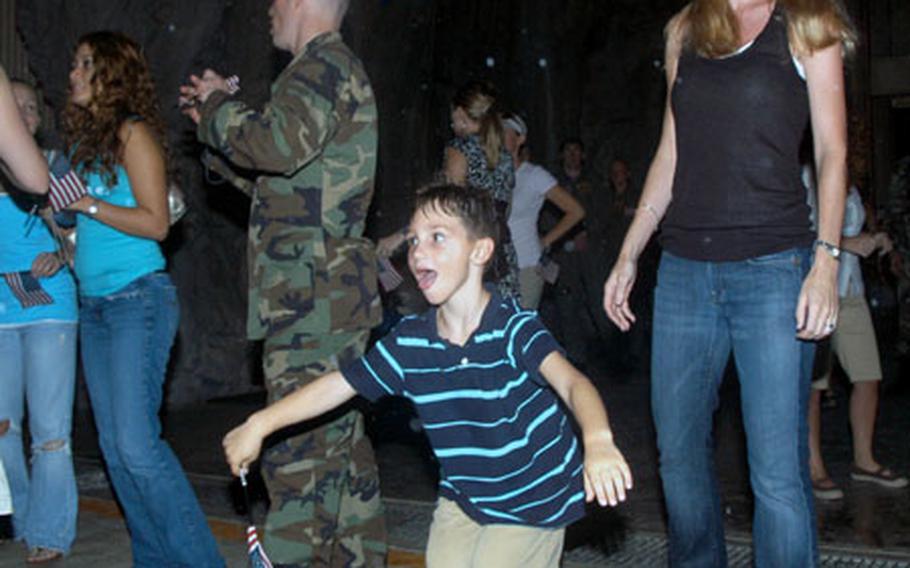 Ryan, 6, spots his father stepping out of an airplane and runs toward him Monday at Kadena Air Base. (Will Morris / S&S) 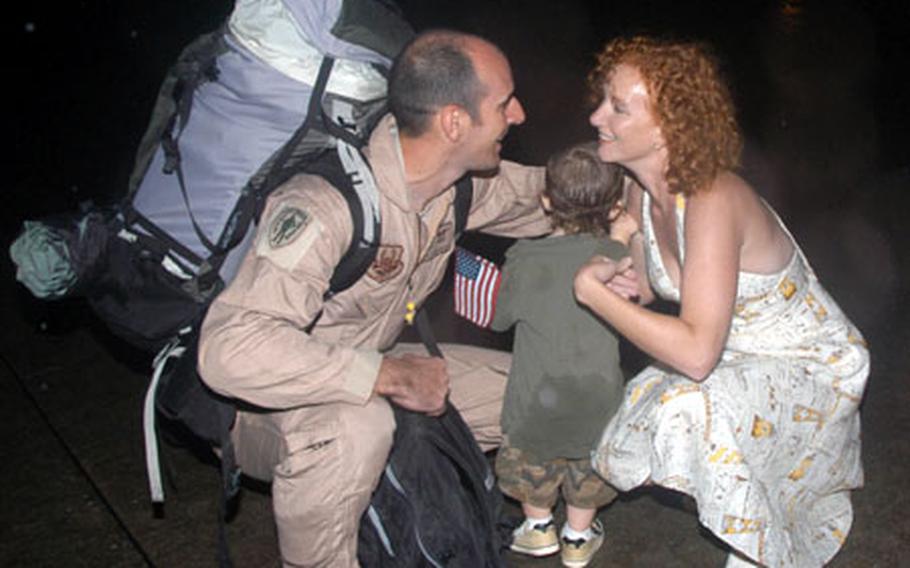 Staff Sgt. Jonathon hugs his wife and child outside a hangar at Kadena Air Base. (Will Morris / S&S)

KADENA AIR BASE, Okinawa &#8212; As 4 p.m. came and went at a hangar next to Kadena&#8217;s runway, the wives and children of members of the 31st Rescue Squadron stood by patiently. After waiting for four months for their loved ones to return home from Iraq, what&#8217;s another few hours?

But shortly after 7 p.m. Monday, the wait was over. A C-17 with 14 men and loads of cargo inside landed and taxied down the runway.

As soon as the plane&#8217;s door opened, families ran across the tarmac at breakneck speed, meeting their airmen in the middle in a collision of flailing arms, shrieks and kisses.

Jennifer, 27, pounced on her airman. After four months of dealing with his absence, seeing him was &#8220;better than I expected,&#8221; Jennifer said, gleaming.

The 31st Rescue Squadron, also known as the Guardian Angels Rescue Squadron, left for Balad, Iraq, during the first two weeks of May. The only unit of its type deployed to Iraq, the 31st provided pararescue support to an area roughly the size of California, or about 168,700 square miles.

Because of their special-operations status, Stars and Stripes is using the airmen&#8217;s first names only.

According to Capt. Charles, a combat-rescue officer in the unit, the Guardian Angels offer a sense of security to pilots and all who are transported by air in Iraq. Anyone who crashes or gets shot down in Iraq knows that within minutes, an Air Force pararescue unit is coming, ready to do what it takes to rescue them. Charles said they conducted roughly 50 sorties, but clarified that only a handful of the sorties were rescue missions.

Capt. David, the unit&#8217;s intelligence officer, said that is a good sign.

Capt. David said members of the unit in Iraq were on ready status constantly.

Additionally, the unit spent a lot of time training. About half of the unit deployed to Iraq, while the rest stayed on Okinawa to met obligations locally and in the region.

Staff Sgt. Andrew and others said despite the training, they were bored a lot of the time. Even the daily mortar attacks against Balad became routine.

At first, the staff sergeant said, the attacks were scary.

Standing next to his wife on Monday, the staff sergeant was beaming.