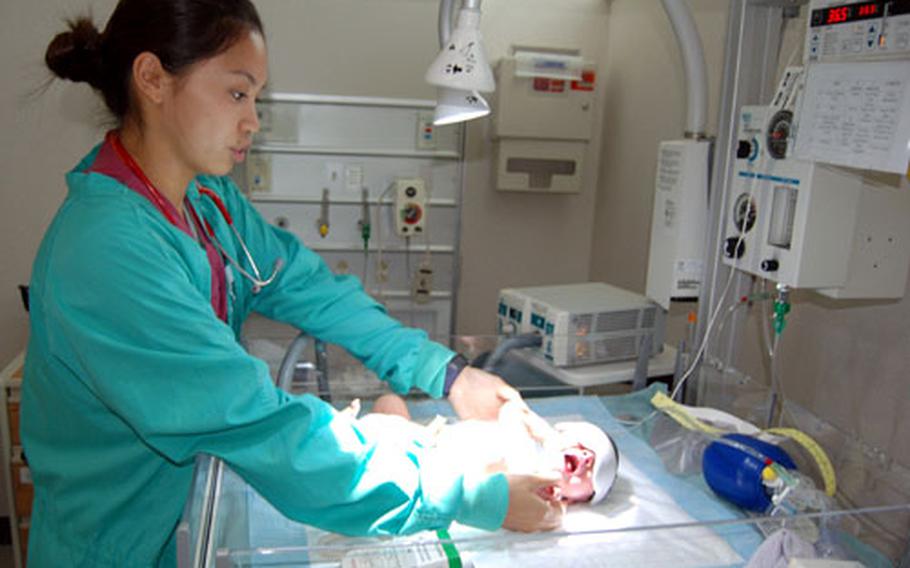 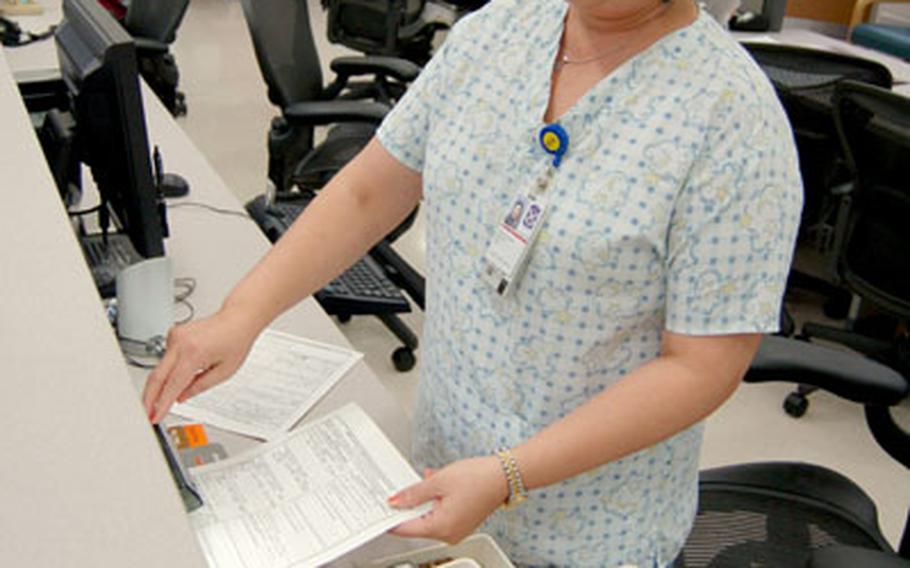 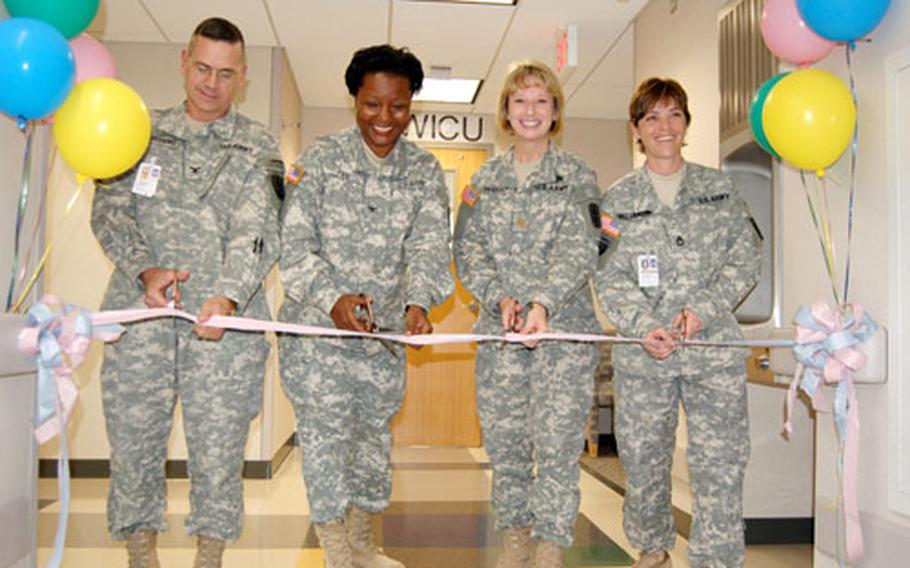 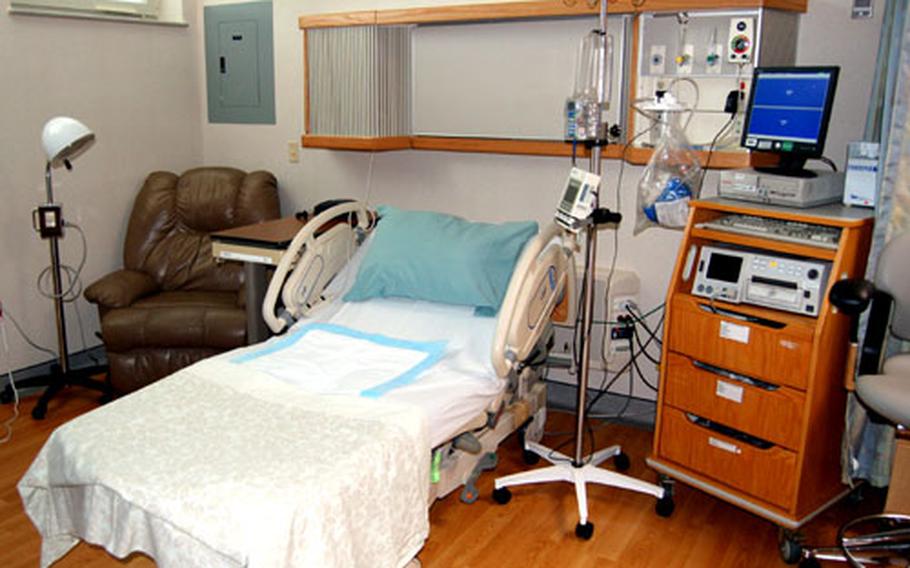 One of the new Women and Infant Care Unit’s post-partum rooms, where mothers stay after delivering their babies. The new rooms, which can house up to two patients at a time, have their own bathrooms and are larger than those in the old facility. (Jimmy Norris / S&S)

In a baby shower-like atmosphere, complete with blue and pink ribbons, cake and diapers, officials from the 121st Combat Support Hospital held a ribbon-cutting ceremony for the new Women and Infant Care Unit.

Another improvement is a bathroom in every patient room.

She said the facility&#8217;s new lights and warmers to treat newborns with jaundice means fewer infants must be transferred to other hospitals due to equipment shortages.

Elam said the new facility arrived just in time: With more soldiers bringing family members to South Korea, the number of pregnancies is on the rise.

About 50 women are expected to deliver babies at the hospital next month.