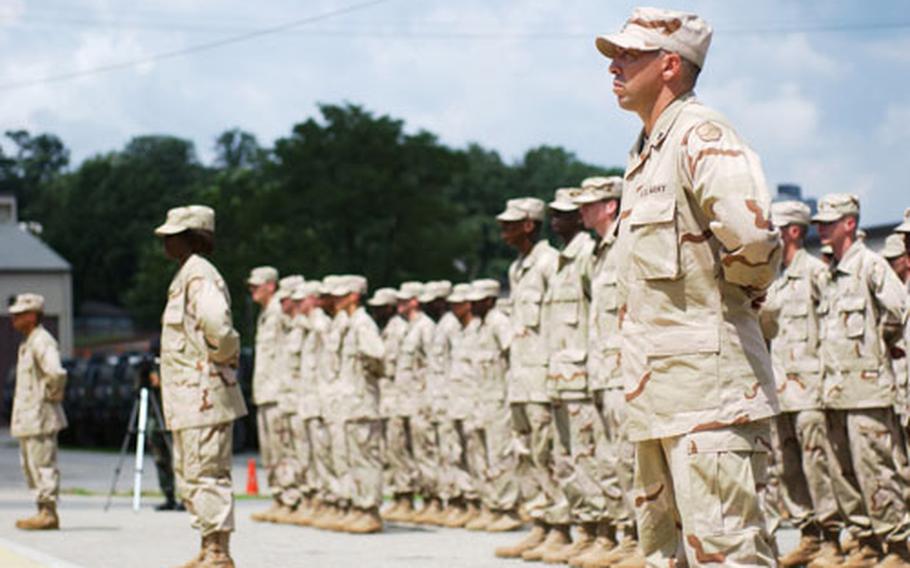 Soldiers from the 305th Quartermaster Company stand in formation for their deployment ceremony at Yongsan Garrison on Thursday. (Fay Jakymec / U.S. Army)

YONGSAN GARRISON, South Korea &#8212; About 120 soldiers from the 305th Quartermaster Company will deploy this month for a yearlong tour in Iraq, according to 8th U.S. Army officials.

The soldiers with the 305th are to provide supplies and water to other units throughout Iraq. They began training for their deployment in June, 8th Army officials said.

&#8220;They were selected &#8230; because of how well they were already trained at the time and because of the leadership of the company commander and the first sergeant,&#8221; Col. Jayne Carson, 501st Corps Support Group commander, said Thursday at a farewell ceremony. &#8220;The leadership goes further than that. They have great warrant officers, talented platoon sergeants and knowledgeable squad leaders.&#8221;