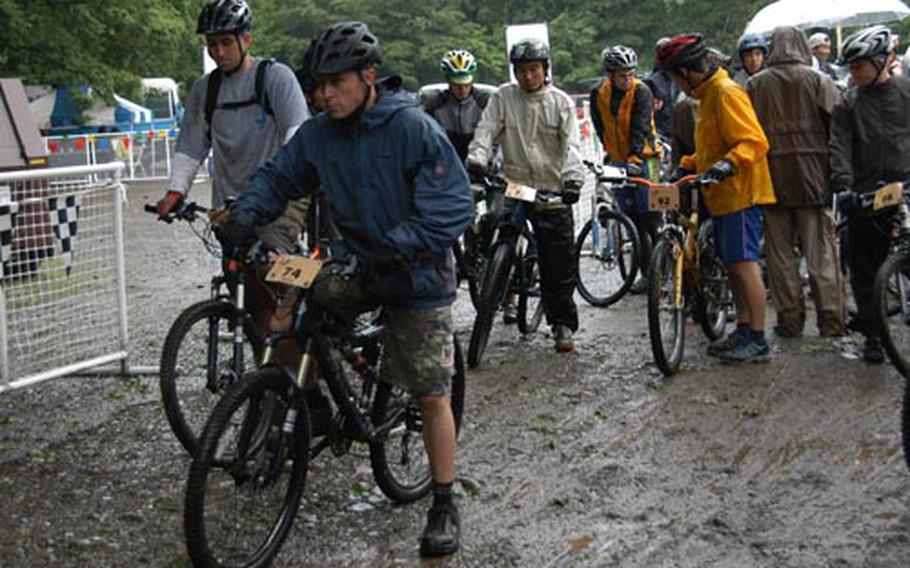 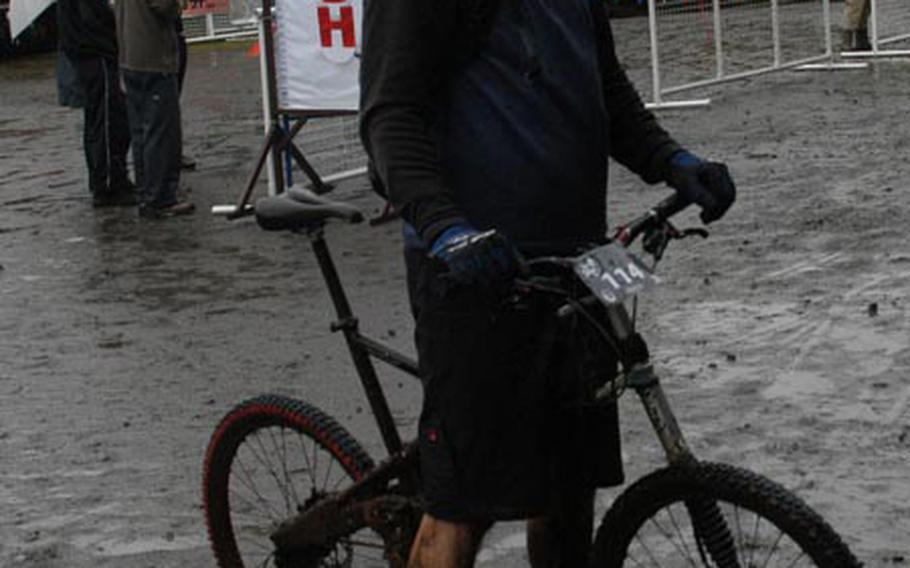 TAMA HILLS RECREATION CENTER, Japan &#8212; You had to really dig mountain bike racing to willingly dive into this mosh pit. It was just plain nasty out there.

The Tour de Tama&#8217;s spring installment returned Saturday after a two-year hiatus. So did the heavy rains, mud, wind and cold &#8212; not exactly the prelude to summer many hoped for when they entered the 21st running of this event but an all-too-familiar mix for longtime competitors.

"We mark the start of rainy season, basically," said Chris Whitener, at his inaugural race as director of Yokota&#8217;s Outdoor Recreation Department. "Everybody says it always rains, and people told me we should move it up a few weeks. That would&#8217;ve just made it rain earlier."

Dreadful conditions made the rugged 5K course even more treacherous than normal. One man had to be taken to Yokota&#8217;s hospital &#8212; about 40 minutes away &#8212; after suffering a separated shoulder.

Elite riders normally lap the course four times, but the weather reduced their run to 15K on Saturday. Men&#8217;s open and masters entries went around twice, while the women and rookies were limited to one loop.

For all, it was like riding through a rain forest, only colder. And the copious amount of mud would&#8217;ve made a Woodstock reveler blush.

Master Sgt. Bill Eihusen, the Air Force recruiter at Yokota, said he&#8217;s tackled mountain biking all over the world. He was competing in the Men&#8217;s Open at his first Tour de Tama.

"Worst conditions I&#8217;ve ever ridden in," he said. "Some areas are just unrideable, no matter how good you are. Today was unreal. It was fun, though."

The layout remained the same from last November&#8217;s race. Its two main features: a steep incline nicknamed "Water Tower Hill" at roughly the furthest point from the start line and a double dip toward the end, where most were forced to slide Saturday, either with or without their bikes.

"It&#8217;s intense, trying to work your way up the hills, survive the double dip and all the other obstacles out there," said Yokota High School teacher Greg Holladay, who competed in the Masters division and wound up covered in mud. "You&#8217;re not sure if you&#8217;ll make it or not," he said. "I only had one face-plant. I imagine even in nicer weather, it&#8217;s tough enough."

Holladay&#8217;s 14-year-old son, Tim, appeared in the Rookie event. Both made their Tour de Tama debuts.

The biannual race usually is staged in both the spring and fall. A year ago, however, it was canceled due to a scheduling conflict.

Master Sgt. Kile Stewart, who works for the Yokota fire department, said he rides about 100 miles a week on asphalt. But he never even attempted this sport until Saturday.