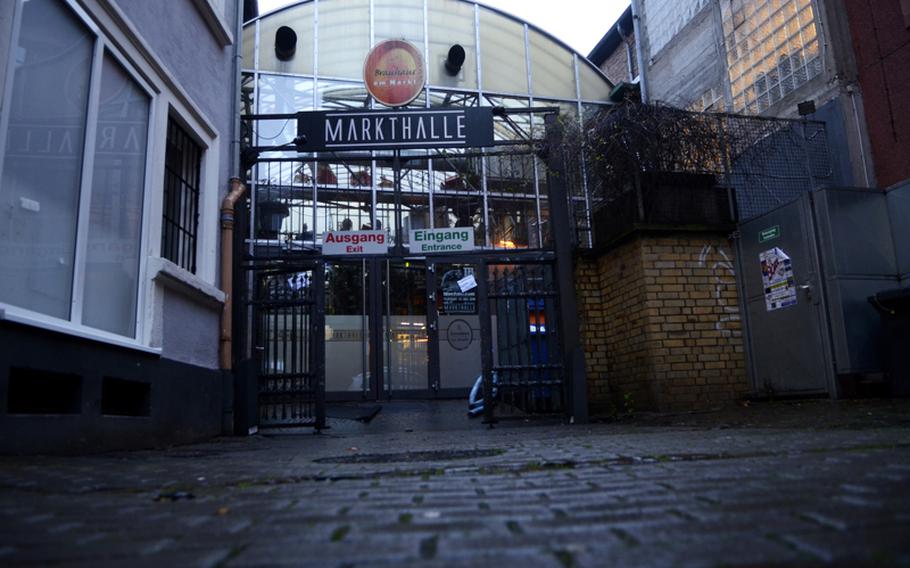 Buy Photo
Eight Americans were arrested early Sunday morning after a brawl at the Markthalle disco in downtown Kaiserslautern, Germany. Police said they were later released, but the investigation is continuing. (Joshua L. DeMotts/Stars and Stripes)

KAISERSLAUTERN, Germany &mdash; U.S. military members were involved in two fights at a Kaiserslautern disco early Sunday morning that closed the club and ended in charges being filed against 11 Americans, according to German police and U.S. military officials.

The first incident at the Markthalle nightclub, at 3:30 a.m., involved two airmen and an Army dependent, said Juan Melendez, a spokesman for the 86th Airlift Wing at nearby Ramstein Air Base. He did not elaborate on what happened, but Thorsten Laub, the club owner, said there was a fight in which one person was injured. &ldquo;We saw he lost some teeth and his ear was bleeding,&rdquo; Laub said.

That fight appears to have started on the dance floor after two groups of Americans began arguing, said Christiane Lautenschl&auml;ger, a spokeswoman with the Kaiserslautern police department.

Eight Army personnel were apprehended in that incident, Melendez said. Seven of them were &ldquo;physically removed by the club&rsquo;s security employees, and an eighth individual was apprehended when he became belligerent towards responding 569th U.S. Forces Police Squadron and Polizei patrols who repeatedly instructed him to leave the area,&rdquo; Melendez said in the email.

All 11 were charged with &ldquo;either assault, disorderly conduct, resisting arrest or provoking speeches and gestures,&rdquo; Melendez said. Both incidents are under investigation.