Soldiers with the 10th Mountain Division maneuver along a wall while conducting live-fire training at Fort Polk, La., on Jan. 21, 2017. (U.S. Army)

Soldiers with the 10th Mountain Division maneuver along a wall while conducting live-fire training at Fort Polk, La., on Jan. 21, 2017. (U.S. Army) 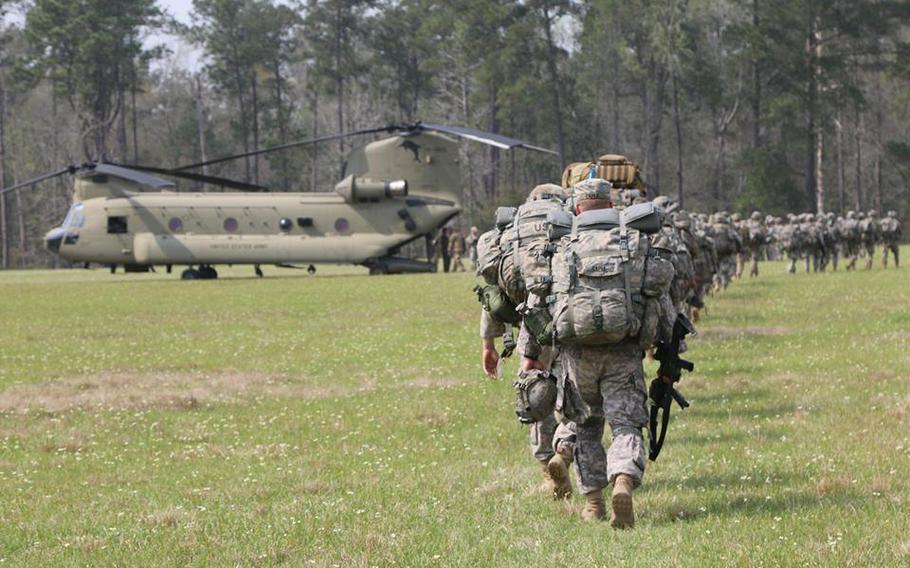 WASHINGTON — About 2,100 soldiers at Fort Polk in Louisiana will deploy to Iraq later this year to take over the mission to train and advise Iraqi security forces fighting Islamic State militants following the fall of Mosul, the Army announced Thursday.

The Iraqi government declared victory over ISIS in Mosul, the country’s second largest city, on July 10 but reports of some fighting against remnants of the terrorist group there continued through Thursday. The U.S.-led Operation Inherent Resolve coalition reported a pair of airstrikes on ISIS targets around the city on Wednesday.

Once Mosul is fully cleared of ISIS, the Iraqi forces still have several battles left to eliminate the militants from their country. The United States has pledged to leave its forces in Iraq and support the country’s security forces throughout those fights.

That likely means 3rd Brigade soldiers could aid the Iraqis as they work to clear the ISIS-held towns of Tal Afar, about 40 miles west of Mosul, Hawija in northern Iraq and al-Qaim, along the Euphrates River at the Syrian border.

The United States acknowledges having about 5,200 troops officially deployed to Iraq, but officials have said hundreds more are in the country at any given time on temporary assignments.

Army Gen. Stephen Townsend, the Operation Inherent Resolve coalition commander, said July 11 that he anticipates the United States will maintain its military footprint in Iraq through ISIS’s defeat. He added the Pentagon is in talks with the Iraqi government about keeping some troops in the country after ISIS is eliminated.